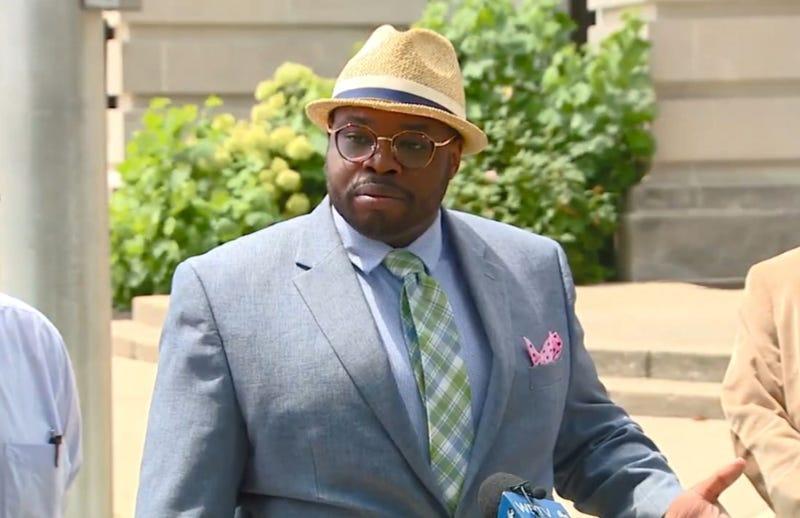 Vauhxx Booker, a Black man in Indiana who said he suffered an “attempted lynching” last year  when five white men—two of whom have been charged with multiple felonies—accused him of trespassing on land he said he didn’t know they owned.

Now, a year after the incident in which cellphone video shows that a man pinned Vauhxx to a tree while down on his hand and knees, Vauhxx is facing charges.

“There’s nothing more American than charging a Black man in his own attempted lynching,” Booker said at a recent news conference.

According to the Washington Post, Monroe County Special Prosecutor Sonia Leerkamp charged Booker with felony assault and misdemeanor trespassing Friday in connection with the July 4, 2020 altercation. Attorney Katharine Liell called the move “unprecedented,” and said Leerkamp has presented no new evidence regarding the case since July of last year.

“I’ve been practicing well over 30 years in this state and…I have never seen a special prosecutor open a new case and file charges a year later,” Liell said, the Post reports.

Booker said he and his attorneys believe Leerkamp is retaliating over his refusal to engage in a mediated resolution with the two men arrested in his assault. Booker said Monday that he declined to do so because he’d have to sign a confidentiality agreement and publicly forgive the men, whose charges would be dropped.

“For the entire year, the special prosecutor has pressured and bullied me at every turn that if I didn’t engage with the restorative justice, if I didn’t let charges be dismissed, that she would charge me,” Booker said. “It wasn’t out of any new evidence or any shocking revelations. It was simply that, once again, a Black person telling a White person no — and they were going to punish me.”

So, this is the part where I talk about the power of whiteness. Imagine escaping what you believe to be an attempted lynching and being told your pain and trauma doesn’t matter and you either sit down and sing “Kumbaya” with your attackers so they can be let off the hook, or you’ll be facing criminal charges right along with them.

“Now, it has taken the outrageous step of charging Booker, the victim, as a felon. He faces up to three and a half years in prison and $15,000 in fines for being subjected to a racist assault,” Guy Loftman, an attorney with the Monroe County branch of the NAACP, said, WISH-TV 8 reports.

“This is systemic racism in action at every step,” Loftman continued. “White officers and the white special prosecutor give white folks the benefit of the doubt and all of the sympathy.” Booker and his attorneys also claim the responding officers broke protocol by questioning Booker’s alleged assailants on what happened before bothering to speak to the alleged victim.

Of course, according to WISH-TV, the Indiana Department of Natural Resources, which investigated the incident, did initially call for Booker to be charged along with his alleged assailants. Booker’s attorneys said investigators found that Booker punched one of the men after he pushed him and that it shows Booker acted in self-defense. However, Booker said he never punched anyone even after being pushed, and that what actually happened is he was attacked from behind after walking away from the push.

“This has been humiliating and defeating,” Booker said during the news conference. “I had just moved to a new city. I was looking forward to starting a new job, to moving forward with my life, and I am dragged back into this moment. For some folks, it was a year ago. For me, it has happened every day.”

But despite how disheartened Booker said he feels, he also said there’s no way in hell he’s going to buckle under the pressure Leerkamp is applying.

“I don’t care if she wants to drag me back to the hanging tree herself, I am not going to back down from this,” he said. “I am not going to just let these folks go on about their lives like they didn’t victimize me like their crime didn’t impact an entire community. I am going to stand up for myself.”

Booker’s legal team said they are demanding the charges against their client be dropped and that Leerkamp step down. They said they will file pleadings to challenge the charges before Booker’s Sept. 13, court date.

Meanwhile, Sean Purdy and Jerry Edward Cox—the two men who are accused of attacking Booker and are facing felony charges including criminal confinement, battery, and intimidation—are due back in Monroe Circuit Court 2 on Aug 20. 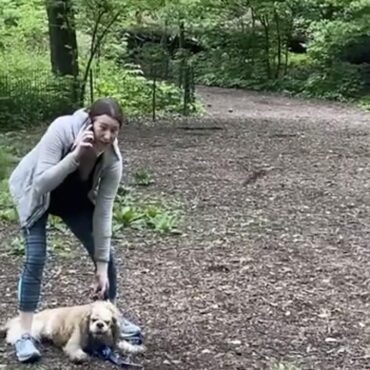 ‘Central Park Karen’ still hasn’t learned a damn thing. via Complex: In Tuesday’s episode of Bari Weiss’ Honestly podcast, Amy Cooper relived her infamous encounter with Christian Cooper—a Black bird-watcher whom she accused of threatening her and her dog while they were out for a walk in Central Park. “I don’t know that as a woman alone in a park that I had another option,” she said. “I’m trying to […]