Say What Now? 21-Year-Old College Student Almost Dies After Being Attacked with Acid Outside of Her New York Home 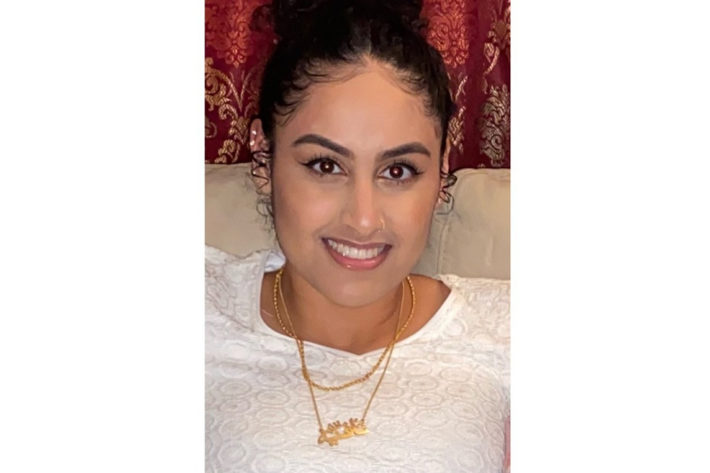 A 21-year-old woman was attacked in her own driveway — and police are looking for whoever’s responsible for the assault that nearly killed her.

In a press release from the Nassau County Police Department, officials confirmed that the assault happened around 8:15 p.m. outside of the victim’s Arlington Avenue residence in Elmont.

Though authorities did not provide the woman’s name, she was identified as Nafiah Fatima on a GoFundMe page set up by her neighbor and friend, Shazia Anjum.

According to police, Fatima was walking on her driveway when she “was approached from behind by an unknown male” carrying a white-colored cup with a dark-colored substance inside.

Authorities said the man threw the substance onto Fatima’s face and then ran away.

The entire encounter was captured on a neighbor’s security camera and later posted to the GoFundMe page. In the 42-second clip shared by Anjum, Fatima can be seen unloading the car with her mom and following her inside before being attacked just feet away from her front door.

On the GoFundMe page, Anjum stated that they later discovered the substance was “a dark brown acid known to cause blindness and severe burning.”

Anjum claimed that the attacker knew how dangerous it was because he was wearing gloves at the time and noted that Fatima, who is a student at Hofstra University, nearly died after the terrifying encounter.

“Had the acid gotten into Nafiah’s lungs she would have died. When Nafiah screamed it caused the acid to go into her mouth, burning her tongue and throat, which prevented her from breathing,” Anjum explained. “When Nafiah ran into her house and her parents saw her, they immediately tried to help her, but in the process, the acid burned their hands and forearms as well.”

“If her parents were not home to help her and call 911 right away she would not have made it,” Anjum added on the fundraiser.

Following the incident, police said Fatima sustained “serious physical injuries” and was transported to a nearby hospital for treatment.

Her injuries included “severe burning” to her face, eyes, chest and arms, according to the GoFundMe.

“Nafiah was wearing contact lenses that night and the acid melted the contact lenses onto her eyes,” Anjum added on the page. “We don’t know if Nafiah will ever regain vision again.”

At this time, it does not appear that police have identified the suspect behind the assault or a reason for the attack.

In their press release, the man was described as approximately 6’2″ with a skinny build. He was also wearing a black colored sweatshirt with a hood and gloves the night of the attack.

A spokesperson for the Nassau Police Department did not immediately respond to PEOPLE’s request for comment.

On Saturday, Anjum launched the GoFundMe page and has been asking for donations to help Fatima and her family with the growing expenses from the incident.

“Your donation will pay for medical expenses not covered by insurance, home security, legal fees, and loss of income as Nafiah and her mother are out of work during this time,” Anjum wrote. “Nafiah has stayed incredibly strong throughout this horrific event. Nafiah’s only wish is that the attacker is caught so that she can feel safe in her own home.”

Those interested in donating to Fatima’s GoFundMe page can do so here.

Anyone with information on the attack is asked to contact Nassau County Crime Stoppers at 1-800-244-TIPS.

The post Say What Now? 21-Year-Old College Student Almost Dies After Being Attacked with Acid Outside of Her New York Home appeared first on LOVEBSCOTT. 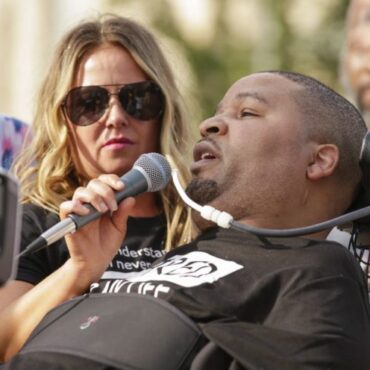 The City of Cedar Rapids, Iowa, announced on Monday that it would be paying Jerime Mitchell, a Black man who was paralyzed after a police officer shot him during a 2016 traffic stop, $8 million in a settlement. via NYDN: The settlement cancels a trial that was set to begin Tuesday and sets the record for most expensive payout over police misconduct allegations in Iowa history. The city’s insurance provider, […]