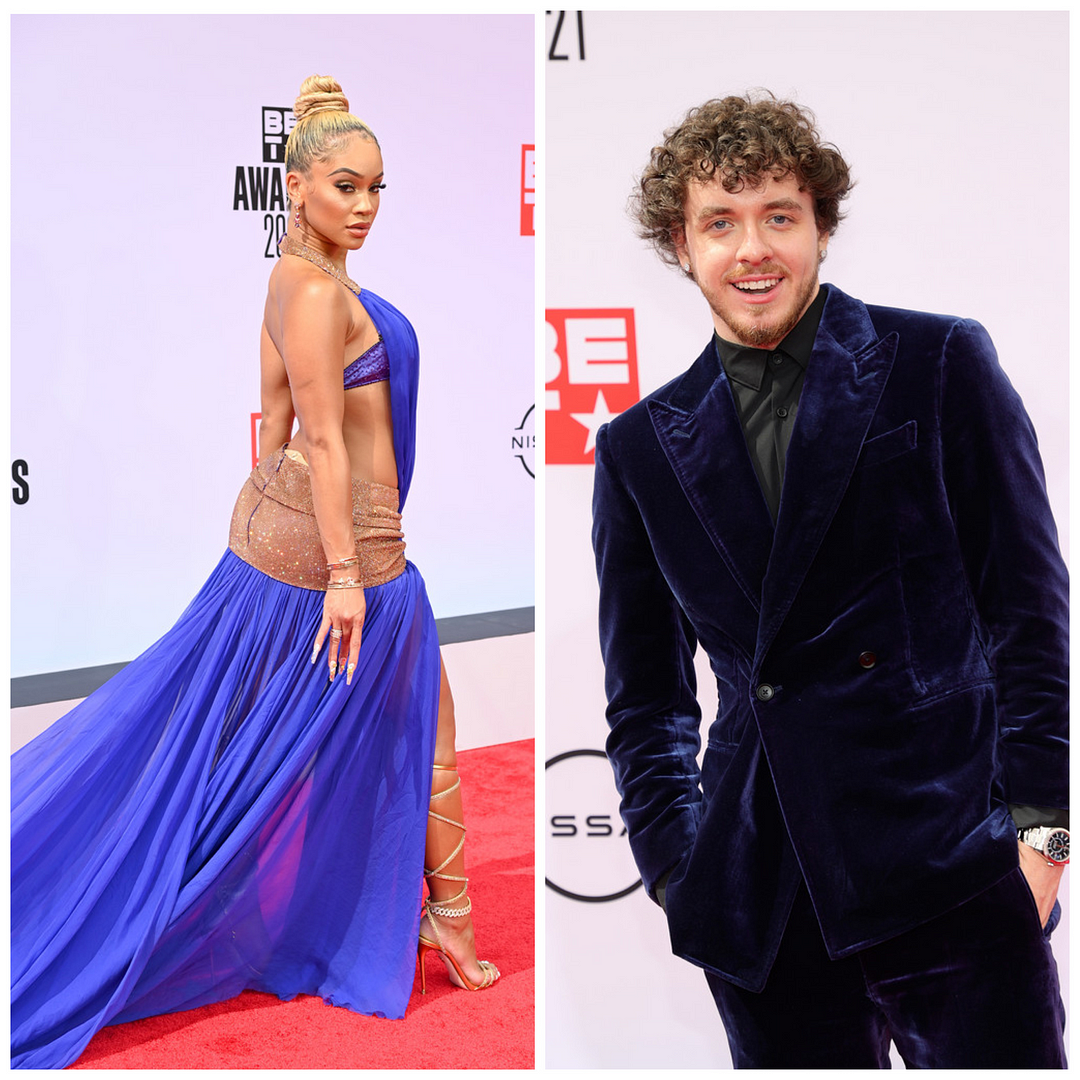 Saweetie and Jack Harlow shared a moment (or two) on the red carpet at the BET Awards that everyone is talking about. Meanwhile, Quavo’s sister was at home firing shots on social media.

Get into the BET Awards antics, plus deets on Quavo putting the ICY Bentley he gifted his ex on sale inside…

Not only was there hot fashions on the red carpet at the BET Awards – like Saweetie‘s Dolce & Gabbana lewk. There was some flirting going on between two entertainers and the cameras caught it all.

As the ICY Princess made her way down the carpet, she ran into artist Jack Harlow and there were some sparks. You’ll notice Saweetie reached out and touched Jack’s arm as they locked eyes. Their interaction quickly started trending on social media.

here’s the bts of the Saweetie & Jack Harlow photo pic.twitter.com/DBL6jsuBOs

This photo quickly made its rounds:

Jack Harlow looking at Saweetie like 11 McDonald’s nuggets in a box of 10 pic.twitter.com/O2jYOaC35y

During another instance, he rolled up on Saweetie and seemingly appeared to shoot his shot, which made for another viral moment.

The “What’s Poppin'” rapper pulled up on Saweetie during an interview and introduced himself, saying, “I’m Jack.”

“I know,” she responded.  Just to note – Jack was on her “Tap In (Remix)” but they likely never actually met in person.

this is so funny Saweetie really had Jack Harlow nervous pic.twitter.com/EBqvo1MYsp

Saweetie said Jack Harlow was shaking but in actuality sis was the one that was SHOOK pic.twitter.com/KDTmSXlPtv

saweetie and jack harlow?? chile i would not be mad at it pic.twitter.com/1NTQA7VE4o

Back in March, Saweetie and Quavo called it quits after being together for two years. She hinted he cheated and then that elevator fight footage was leaked.

That same month, Quavo and Jack Harlow dominated Lil Baby and 2 Chainz during a celebrity 2-on-2 basketball match.

Last week, the Migos rapper put the 2020 Bentley Continental he gifted Saweetie up for sale. According to TMZ, he’s selling the customized GTC V8 convertible luxury whip for 279,888, despite previous reports stating he didn’t take it back.  It is possible she gave it back, though.

It seems Pooh Shiesty's habit of oversharing on social media has landed him behind bars. Deets on his federal indictment over an alleged robbery and shooting inside...   2021 started off as a good year for Memphis rapper Pooh Shiesty as he has been gaining noteriety in the music industry. His track "Back In Blood" featuring Lil Durk has been doing numbers and he made his TV debut earlier this year when he performed the hit single on "The Tonight […]