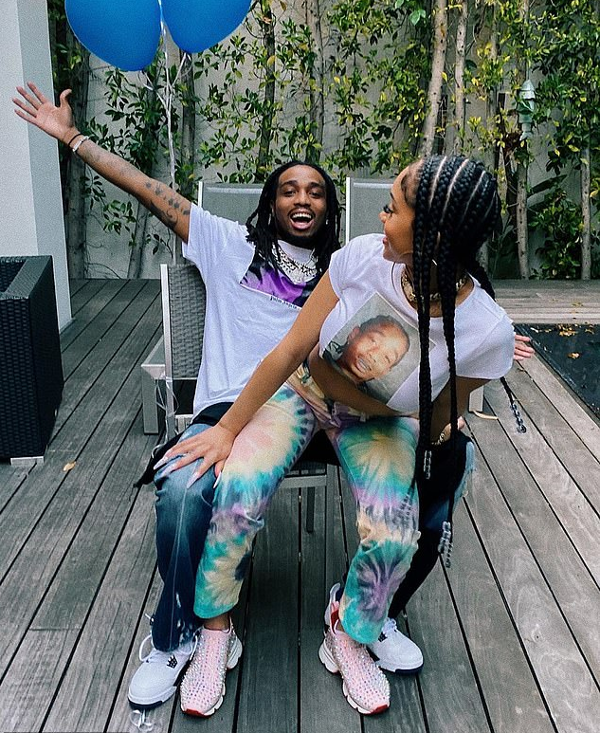 Hip Hop couple Saweetie and Quavo are DUNZO! The ICY raptress announced her singledom on social media while hinting the Migos rapper may have cheated. He responded to her breakup announcement and then she hit him with the “take care” tweet that has the Internet in a frenzy. Get it all inside…

Another celebrity couple bites the dust.

Rap couple Saweetie and Quavo have split after being together for two years. Remember when he slid in her DMs with a snowflake back in 2018? Well, the snowflake has seemingly melted.

HOW I PULLED UP: HOW WE COMING pic.twitter.com/hIYyicrfIj

Fans were already speculating a breakup after they stopped following one another on Instagram recently. Now, it’s official.

The “Best Friend” raptress took to Twitter yesterday afternoon to announce she’s single while also seemingly hinting that the Migos rapper cheated during their relationship.

“I’m single. I’ve endured too much betrayal and hurt behind the scenes for a false narrative to be circulating that degrades my character,” the 29-year-old raptress wrote. “Presents don’t band aid scars and the love isn’t real when the intimacy is given to other women.”

Quavo got Saweetie not 1, but 2 Birkin bags for her birthday. I’d drop into the splits too pic.twitter.com/lgNduRPnFo

Throughout their relationship, Quavo, 29, showered her with lavish gifts and she did the same. Despite their uncoupling, Saweetie, 27, said she’s ready for the next chapter in her life.

“I emotionally checked out a long time ago and have walked away with a deep sense of peace and freedom,” she continued. “Excited for this new chapter of elevation.”

To make sure no “false narratives” started spreading about him, Quavo took to Twitter to respond.

”I know you want to make this into a show so I’ll play my part just this one time,” he tweeted. “I don’t normally put my business out there, especially my personal life. I feel the need to address this so there are no false narratives.”

”I had love for you and disappointed you did all that. You are not the woman I thought you were. I wish you nothing but the best”

But, did you CHEAT? Maybe that girl who claimed he was cheating in 2019 was telling the truth.

In his tweets, Quavo didn’t mention Saweetie’s Twitter handle, but she made sure to repost his tweet with his handle and responded:

Now, the Internet is in a frenzy, creating hilarious reaction memes to their breakup. And while the breakup isn’t funny, the memes will have you screaming!

Turns out, Saweetie and Quavo stopped following each other on Instagram two days ago…a day after her REVOLT TV interview alongside her ex, Justin Combs, premiered.

Y’all know Justin combs use to be in relationship with saweetie right ? That’s probably why these rumors of her and Quavo breaking up is trending pic.twitter.com/djZMwTioHg

Both Saweetie and Justin appeared on “Respectfully Justin” where they dished on sex and relationships. And there was seemingly a little flirting going on.

Seems like she had already checked out of the relationship like she mentioned in her tweets. Thoughts?

There are now 12 women who are accusing Texans quarterback Deshaun Watson of sexual misconduct, following 7 civil lawsuits filed against him. Houston lawyer Tony Buzbee held a press conference today with details about the cases. More inside… NFL quarterback Deshaun Watson had been heavy in the headlines over his displeasure with the Houston Texans and his request to be traded. Now, women are coming out the woodwork with sexual misconduct allegations. A few days ago, we told you a […]