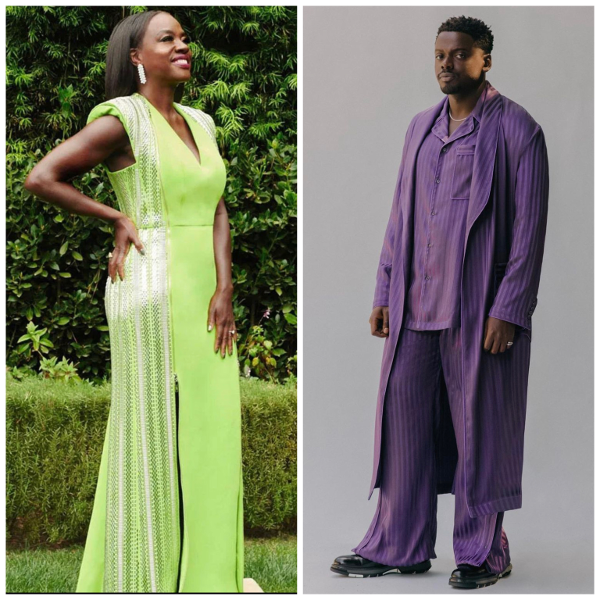 Black Excellence at its finest! Viola Davis, Daniel Kaluuya and the late Chadwick Boseman are in the SAG Awards historic winning circle, scooping up several top film awards! More inside…

Black Excellence took over in major film categories during the 2021 Screen Actors Guild Awards. For the first time in the show’s history, actors of color nabbed all four major film acting categories.

Although this year’s ceremony had to go virtual due to the pandemic, it didn’t stunt the fashions. The stunning Viola Davis had us gasping for air when she popped up on our timeline in a custom-made neon green silk embroidered Louis Vuitton gown by Nicolas Ghesquiere to view the ceremony.

With her husband/producer partner Julius Tennon by her side, Viola thanked everyone involved in Ma Rainey’s Black Bottom after she was awarded Outstanding Performance by a Female Actor for her stellar performance as trailblazing blues singer Ma Rainey.

“If you see the world unbalanced, be a crusader that pushes heavily on the seesaw of the mind,” his wife said. “That’s a quote by Chadwick Boseman. Thank you Screen Actors, thank you Chadwick. Thank you,” she concluded.

Peep her acceptance speech below:

The Black Panther star – who died last August after being diagnosed with colon cancer four years prior – is the first posthumous winner in a lead actor role and the second posthumous nominee recognized in the lead male category.

Also, the win marks his second SAG Award after Black Panther won Outstanding Performance By A Cast In A Motion Picture in 2019.

Daniel Kaluuya for the #SAGAwards pic.twitter.com/b1Ow2vt2aN

It was a big night for Daniel Kaluuya as he was able to add another award to his acting resume. We are all still confused how Daniel is being nominated for being a “supporting actor” in Judas and the Black Messiah, but here we are.

Decked out in a purple Louis Vuitton ‘fit, the British actor was awarded the award for Outstanding Performance by a Male Actor in a Supporting Role for his performance in Judas and the Black Messiah.

During his acceptance speech, the 32-year-old Hollywood star dedicated his award to his late Black Panther co-star and fellow nominee, Chadwick Boseman.

Peep his speech dedication below:

Loves it. By the way, he’s also up for an Oscar this year, so we’re keeping our fingers crossed.

As for the fourth person of color who won a top film award, Yuh-jung Youn, a South Korean actress, won best supporting female actor for her work in Minari. She’s the first Asian actor to win a best acting SAG award.

Yahya Abdul-Mateen II copped an award for Outstanding Cast in a Motion Picture for his role as Bobby Seale along with the cast.

Congrats to the winners!

As we mentioned earlier, the SAG Award fashions were A1. Check out how some of your faves pulled up on the virtual carpet below:

Want more? Swipe through our SAG Awards gallery below!

DRESSED TO IMPRESS: A LOOK AT YBF CELEBS SLAYING THEIR LOOKS FOR THE 2021 SAG AWARDS! 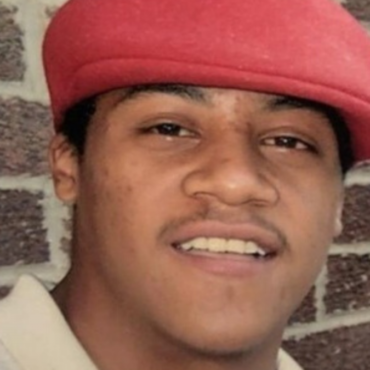 The death of a Kansas man, whose body was found in 2004, was ruled a homicide according to a new report by a forensic examiner. What We Know: A new federal investigation was opened in 2019 into the death of 23-year old Alonzo Brooks. As part of the investigation, authorities exhumed Brooks’ body and brought it to Dover Air Force base to perform an autopsy. The examiner determined it was […]