RUMOR CONTROL: Nene Leakes DENIES Being DROPPED By Her Entire Team, Threatens To Expose Everyone 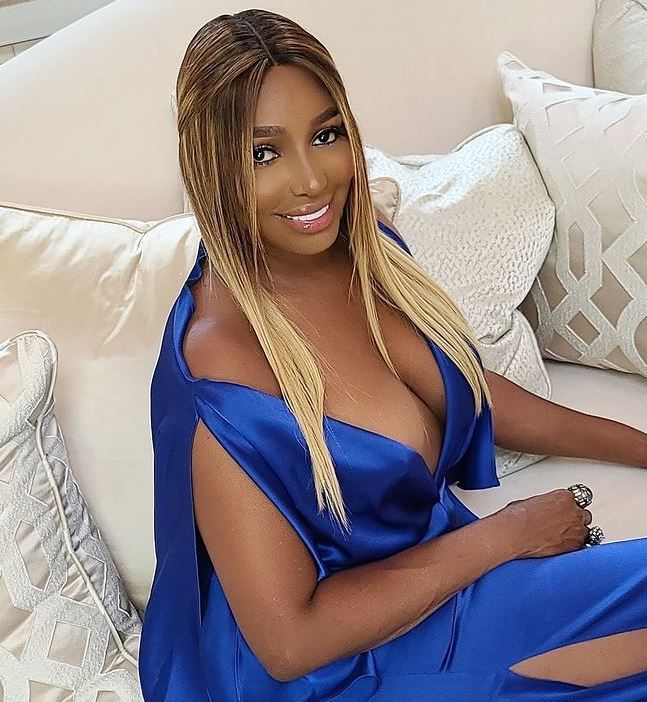 Nene Leakes wants you to know she did NOT get dropped by her entire team despite reports saying she did. The former “RHOA” star also threatened to EXPOSE folks if they want to take it there. Oh? Catch up inside…

Bye, Wig! Nene Leakes says she was not fired by her team despite what you may have heard on these Internet streets.

The former “Real Housewives of Atlanta” star took to Twitter to set the record straight: She was never fired, dropped, dismissed, laid off – NONE of that.

”For all of you that are asking, emailing, in boxing, blogging, reporting etc. The ONLY statement i have…My team DID NOT let me go! No further statements at this time,” she tweeted.

Her tweet was in response to LoveBScott & Perez Hilton’s reporting about her allegedly being dropped by her entire team. And we mean everyone. According LoveBScott, Nene is no longer represented by Steven Grossman at Untitled Entertainment, she’s no longer repped by ICM talent agency and she also reportedly parted ways with lawyer Darrell Miller of Fox Rothschild, LLC.

“NeNe has been impossible to work with for a very long time now,” an alleged source told PH.

“I’m genuinely concerned for her mental health. She thinks the world is out to get her and refuses to take accountability for her actions,” said another source.

It’s alleged Nene accused them all of conspiring against her.

Before the reports about her being dropped, the self-proclaimed “RHOA” HBIC blasted Steve Grossman and Darrell Miller in a now deleted tweet.

“You can’t turn on your teammate and get away with this @stevengrossman #DarrellMiller #Foxrothschild,” she tweeted. “Suppression, retaliation, discrimination, unequal pay, devaluation against black women is real, it’s painful and it hurts. I will fight for all women rights PS: FIX IT,” she tweeted.

Then, she threatened to EXPOSE them if they didn’t “fix your dirty work.”

“I have numerous emails, text messages, RHOA group text, voice recording that go back yearsssss. I never got rid of anything! Fix your dirty work. Being a racist is so yesterday.”

Days earlier, the “RHOA” OG tweeted about “people” conspiring against her and she encouraged her fans to boycott “RHOA.” A source told LoveBScott “they” are working with BRAVO to aid in her alleged mistreatment.

They pay off & reward lawyers, managers, agents & even certain cast members to keep their dirty work going. I won’t stop speaking out until something is done. I will call names if need be

”They pay off & reward lawyers, managers, agents & even certain cast members to keep their dirty work going. I won’t stop speaking out until something is done. I will call names if need be,” she tweeted.

stand up, protest, sign the petition & stop watching! The treatment of black women behind the scene is wrong. Even the cast that’s currently filming knows wrong is & was happening. They try to silence us! We MUST speak up when wrong is happening. I won’t stop

”stand up, protest, sign the petition & stop watching! The treatment of black women behind the scene is wrong. Even the cast that’s currently filming knows wrong is & was happening. They try to silence us! We MUST speak up when wrong is happening. I won’t stop,” she tweeted.

Since announcing she would NOT be returning to the BRAVO series, Nene launched a boycott of the hit reality series back in December.

Following her announcement, she sat down with famed attorney Ben Crump to explain why she decided to boycott the show and network now after working with them for so many years:

“It’s not so much about me having my own show…When you work at any company you want elevation. It’s about leveling up. Whether I’m an actress or an executive, everybody wants to level up on their opportunity or their job… as an original Housewife, a lot of these girls were being elevated, I was being demoted.”

Peep the full interview below:

Lately, Nene has been hard at work on opening her Linnethia Lounge establishment.

Lori Harvey went full throttle with the social media birthday posts for her man Michael B. Jordan. Peep her cutesy messages inside…   Actor Michael B. Jordan celebrated his 34th birthday yesterday and his girlfriend Lori Harvey made sure shower him with love for another year around the sun. While he usually keeps his love life lowkey, MBJ has switched up his social media interactions…meaning he’s posting the love his life – something he never did before. Some people believe […]