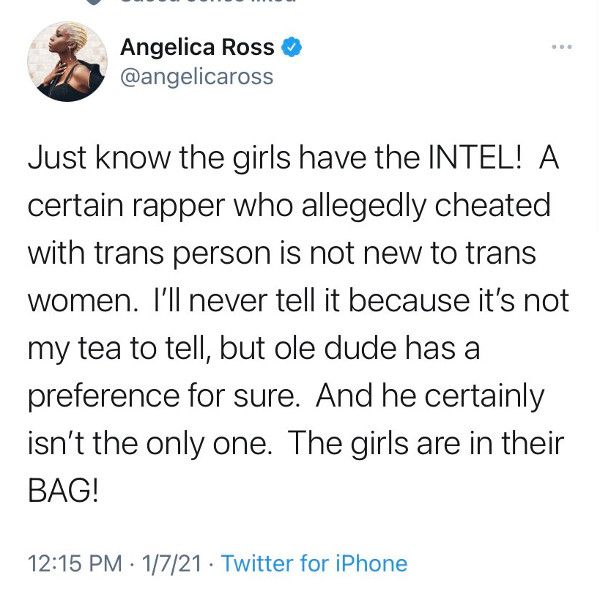 Rumors about Kanye West cheating on his wife Kim Kardashian West with YouTube star Jeffree Star quickly made their rounds on social media. They were fueled even more when Jeffree put up that “Sunday Service” subliminal. Oh? Everything inside…

After reports of a possible divorce on the horizon between Kanye West and Kim Kardashian West, the rumor mill kicked into overdrive.

Apparently, a TikToker (@realavalouiise) has been sitting on some “Kanye cheating on Kim” tea that she received from one of her lawyer friends. And now that Ye & Kim are likely calling it quits, she’s spilling.

In the video, she said the Jesus Is King rapper has been “hooking up with a very famous beauty guru, male beauty guru” for a while. Oh? She said she was tipped off months ago, so when reports about a divorce surfaced, she wasn’t surprised.

“A lot of people in the scene have known for a while,” she said.

She said Kim met with her friend – who is supposedly a celebrity lawyer – in L.A. and that she was given evidence of her husband’s alleged affair.

Watch the video below (if it doesn’t show up for you, click here).

i can’t say WHO cuz he’ll sue me hint hint but it’s part of the reason Kanye’s so religious now it’s his self hatred …. my source is legit I promiss

The TikToker didn’t name any names to prevent being hit with a lawsuit. However, she did hop in comments and reacted to her fans predictions. Every post that named YouTuber Jeffree Star, she liked. Check it:

Not long after her post, Jeffree Star caught wind of the Internet chatter and decided to add fuel to the fire. Jeffree shared a picture of himself in a pink robe with the caption, “I’m ready for Sunday Service,” obviously a reference to Kanye’s Sunday Service events. The YouTube star also tagged himself in Caspar, Wyoming. He copped a 70-acre Wyoming ranch after selling his pink Calabasas mansion to live there part-time. He also has a spot in Orange County that he said he’s going to keep.

If you didn’t know, Ye has a $14 million ranch in Cody, Wyoming which is a few hours away from Casper.

Oh, there’s more. In a screenshot of alleged text messages, Jeffree responded to @KeemStar about the Kanye cheating rumors.

“Jeffree what do I say about these current rumors with you and Kanye,” the user asked. Jeffree then responded, “Hahaha. I’m having the best time in Wyoming, come visit sometime!”

Reached out to Jeffree Star for a statement based on the allegations that he is hooking up with Kanye West. #DramaAlert pic.twitter.com/Y6xfojGU45

Some past song lyrics have resurfaced. pic.twitter.com/GEmUQQjhIK

In a picture Jeffree posted a few days ago, fans speculated Kanye appears in the reflection of Jeffree’s sunglases

Is that kayne west I see in the reflection of your glasses? pic.twitter.com/PSCPJfvF7z

Well, Ye’s camp wants you to know the rumors are FALSE.

A source told E! News on Wednesday that there’s “no truth” to the speculation.

“There is absolutely no truth to Jeffree and Kanye rumors,” the insider said.

Just an hour ago, Jeffree posted this video explaining why he’s actually in Wyoming:

And he also clapped back at Wendy Williams saying there’s other rappers that’s actually been in his mouth.  Oh?!

If she only knew about the actual rappers who have visited my mouth. Taking that shit to the grave miss thing. https://t.co/YLdCRwT2TM

“Just know the girls have the INTEL!,” Angelica tweeted and then deleted. “A certain rapper who allegedly cheated with trans person is not new to trans women. I’ll never tell it because it’s not my tea to tell, but ole dude has a preference for sure. And he certainly isn’t the only one. The girls are in their BAG!”

SAME! It was the cautionary tale for us at the time. https://t.co/JyQQig8fdq

NOPE! This is on YA’LL!!!!!!! We didn’t create that dynamic. It’s tea for YA’LL!!!! It’s all facts for us. It’s cold tea in our circles. When y’all ready to really have that talk the girls BEEN ready. With receipts. https://t.co/hnBEFxpc4o

After receiving backlash, Angelica changed up her tune:

I’m laughing at what YA’LL posted and tagged us in! I’m in no way insinuating that in that OLD TMZ clip that we were talking about anyone specific. Y’all woke ME up this morning tagging me with this!

Then, Angelica owned up to being messy.

Ok. I was messy. It wasn’t a clean swipe I’ll admit that. I didn’t have to share it. But I did not create the caption nor the circumstances and I won’t allow anyone to place false blame, but I’ll always own up to my missteps.

“Ok. I was messy. It wasn’t a clean swipe I’ll admit that. I didn’t have to share it. But I did not create the caption nor the circumstances and I won’t allow anyone to place false blame, but I’ll always own up to my missteps.”

Meanwhile, Twitter has been cutting up about the cheating rumors:

We can always count on Black Twitter to bring the laughs!

Kim Kardashian West was seen wearing a wedding band on her ring finger. However, no signs of her $1.5 million engagement ring. 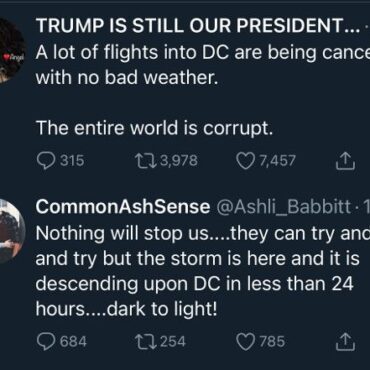 Woman Who Was Shot Dead After Breaking Into The U.S. Capitol Identified + Her Final Tweet Revealed – ‘Nothing Will Stop Us!’

The woman, seemingly part of a group of domestic terrorists, who was shot and killed after breaking into the U.S. Capitol has been identified. The husband of the 14-year USAF veteran turned MAGA insurgent is speaking out. Find out what he said, plus peep her last tweet inside…   BREAKING: Family confirms woman shot & killed at Capitol is Ashli Babbit. She owned a business in San Diego w/ her […]