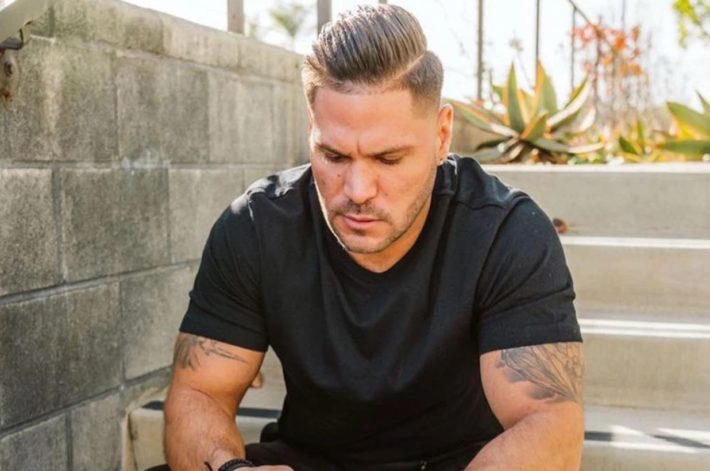 The 35-year-old reality star took to Instagram Friday to share an unsourced quote supporting those struggling with their mental health. 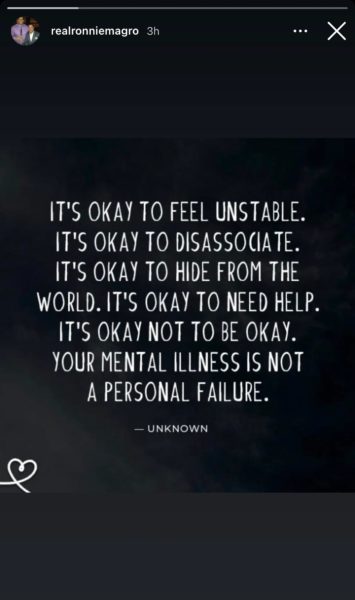 Ortiz-Margo shared the image two days after the Los Angeles District Attorney’s Office transferred his case to the City Attorney’s Office, with his domestic violence incident involving girlfriend Saffire Matos being downgraded from a felony charge to a potential misdemeanor, TMZ reports.

Lawyers for Ortiz-Margo released a statement to People magazine Tuesday celebrating the decision.

“If this reporting is true, as we said from the beginning, initial reports and unreviewed charges are often, and in Ronnie’s case, wrong,” that statement reads. “We are glad the DA’s office made this decision not to charge a felony. We will await a decision from the County Attorney’s office.”

The MTV star first spoke out himself last week on Instagram, writing, “I am grateful for all of my real friends! Thank you for being by [me] the last few week. I take all experiences as lessons. You learn who really cares about you when your down and out and than [sic] you see who doesn’t! But I guess they call it the weeding process [sic].”

“Thank you to my real friends who haven’t left my side and haven’t betrayed me,” he finished, adding “#BcOfYouGuysIFeelBlessed.”

Ronnie’s latest arrest, however, could find him in violation of his probation for his domestic violence case involving his ex-girlfriend, Jenn Harley, back in 2019. 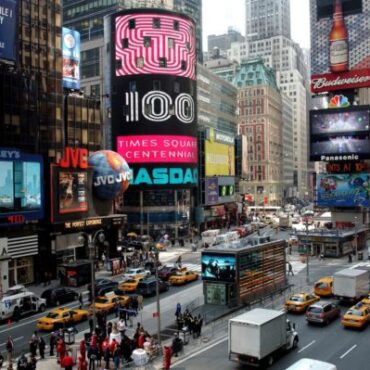 Police are looking for the people involved in a shooting that left three injured in Times Square Saturday. via: Complex NBC New York reports all three were rushed to the hospital. They’re currently in stable condition, and are expected to survive. Horrible news in Times Sq: Two people—including a small child—were shot early this evening. They’re in stable condition. There are multiple street closures, so please avoid the area.  I’m […]