There was a time when Rob Kardashian and Blac Chyna were hoping for their happily ever after, but that has long ended. These exes can’t seem to stay out of court.

According to court documents obtained by Radar, Rob and Chyna are going back and forth about a sealed Department of Family and Child Services report.

Rob and Chyna are currently facing off in dueling lawsuits. He sued her over an alleged assault and battery that went down on December 14, 2016. The two were living at Kylie Jenner’s home at the time.

Late at night, the two got into a verbal argument that turned physical. “Chyna lunged towards Rob with an iPhone charging cable and attempted to strangle Rob with the cord around his neck,” his suit read.

Rob claims his ex ran after him and struck him in the face with a metal pole. Chyna denies assaulting her ex and claims her actions were in self-defense. Recently, Chyna told the court she got her hands on a report from DCFS that included Rob’s testimony. She said when Rob was questioned about Chyna he never once mentioned abuse.

In newly filed docs, Rob pleads with the court for permission to file the report under seal.

He says the judge presiding over his custody case with Chyna already ruled they were to be kept confidential. He does not want the report unsealed in the civil case.

Rob’s attorney did note, despite Chyna’s claim, “the DCFS Records do not support Defendant’s claim” that “she did not physically attack Plaintiff.”

In response, Chyna accuses Rob of wanting to keep the records sealed to hide the truth. She claims the judge in their custody case already ruled the DCFS records could be used to defend herself against abuse claims.

Chyna says the sealed documents prove both her and Rob informed DCFS officials that she had never “physically assaulted” Rob and “that there was zero evidence of physical violence” by Chyna. A judge has yet to rule.

As we previously reported, Chyna is also suing Rob and his family in a separate case. She accuses them of costing her millions by spreading lies to E! executives about her abusing Rob. Khloe Kardashian even reportedly threatened to stop shooting Keeping Up With The Kardashians unless the network took action. Chyna is demanding the family pay up for the harm to her career.

What’s in the report! 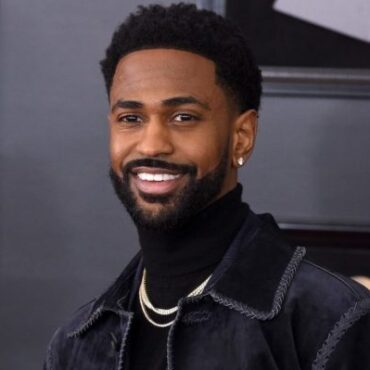 Big Sean on Wednesday stopped by Power 106’s L.A. Leakers to deliver a powerful freestyle over Drake‘s “Love All” and Kanye West‘s “Hurricane,” along with Nardo Wick‘s “Who Want Smoke??” and JAY-Z‘s “Dear Summer.” via: Uproxx It only took Big Sean five albums to find his way onto LA Leakers, the famed show on LA’s Power 106 platform that welcomes rappers to lay their hottest bars. The Detroit rapper took […]