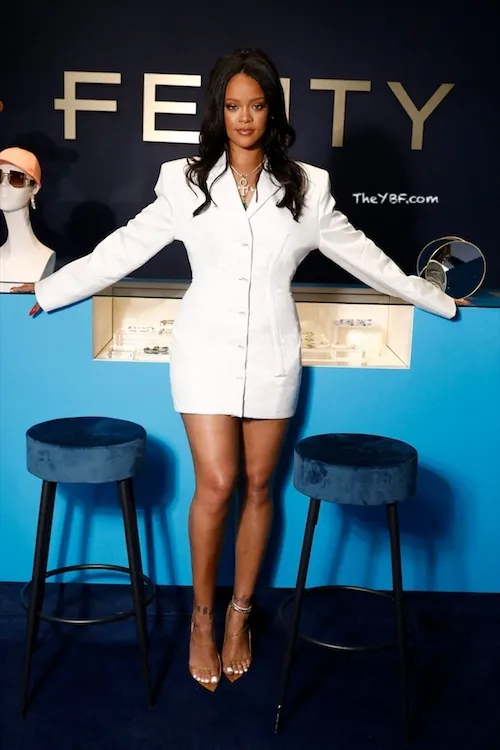 Rihanna’s groundbreaking luxury brand with LVMH Moët Hennessy Louis Vuitton has been put on pause…at least for now. But the SavagexFety lingerie division is ON FIRE.  Find out why inside…

Rihanna shook up the fashion world when she unveiled her luxury brand, FEИTY. The move solidified her status as a fashion icon with the groundbreaking deal she made with LVMH Moët Hennessy Louis Vuitton, the world’s largest luxury group.

The not-so-great news comes almost two years after the global superstar announced the collaboration with the fashion conglomerate.

“Rihanna and LVMH have jointly made the decision to put on hold the RTW activity, based in Europe, pending better conditions,” according to the statement by LVMH emailed to The Associated Press.

LVMH will continue to support other elements of the Fenty empire, concentrating on “the growth and long-term development” of her beauty and skincare lines Fenty Beauty and Fenty Skin, as well as lingerie line Savage X Fenty which Rihanna holds a minority stake in.

In fact, Savage x Fenty announced that it raised $115 million in a Series B funding round led by L Catterton. The news was reported to Fast Company, and then confirmed by Savage x Fenty on LinkedIn. This new funding brings the company’s valuation to more than $1 billion.  Woot!

Source materials were also hard to receive due to the COVID-19 pandemic. A market report by consulting firm McKinsey found that fashion sales dipped dramatically in 2020.

The Bajan beauty launched her first luxury fashion brand with LVMH simply called FEИTY. The “Work” singer is the first black woman at the helm of a LVMH Maison and the first woman to launch an original brand at the conglomerate. It’s also the first fashion brand industry titan Bernard Arnault has launched from scratch since Christian Lacroix in 1987 – before RiRi was even born.

The ready-to-wear apparel, accessories, sunglasses and jewelry reflected her edgy style and she was often spotted rocking pieces from her line.

In an interview with VOGUE Paris, the fashion mogul revealed the inspiration behind all of the looks and how it all came about.

The Grammy Award winner said the project came about when LVMH reached out to her to wanting to collaborate on a brand from scratch. She said it was a huge deal and she couldn’t say NO to collaborating with the luxury brand. She said they spent a lot of time creating what they call the “DNA of the brand” and, as expected, she’s the muse. The Fenty honcho said she wanted to create a collection for women to feel that they can do anything and wear anything that they want as long as they feel good in it.

Hopefully, things can get back on track once the pandemic is over. 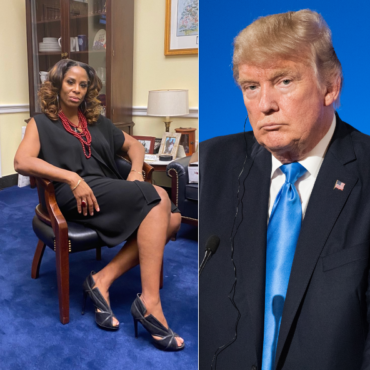 House Democrats concluded their arguments in the prosecution of former president Donald Trump at his Senate impeachment trial. Now, it’s Trump’s legal team’s turn. Details about the Democrats’ powerful arguments, why most Senate Republicans aren’t convinced and more about that “friendly meeting” Trump’s legal team had with three GOP Senators before making their case inside… House Democrats came out swinging with FACTS in their arguments to prosecute former president Donald […]