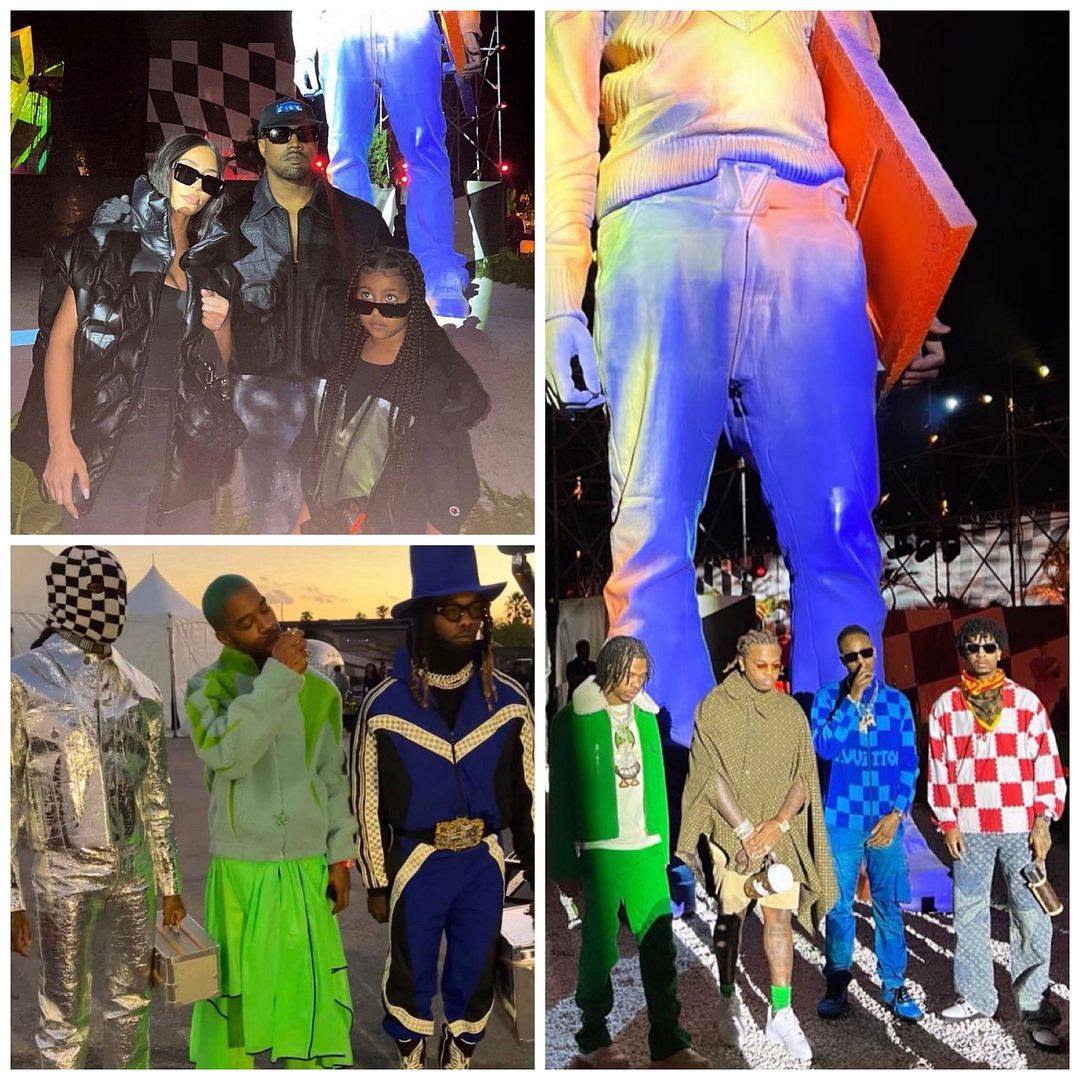 Rihanna and her boyfriend A$AP Rocky, Kanye West and his estranged wife Kim Kardashian, along with their daughter North West, Offset, Quavo, Kid Cudi, Pharrell Williams and more were in the mix. Take a peek inside…

When news broke that famed fashion designer Virgil Abloh had passed away after a silent battle with cancer, there was speculation on whether or not his upcoming runway show would be canceled. Sadly, the 41-year-old – founder and CEO of Off-White & the first Black man to be an artistic director at Louis Vuitton – died before the menswear Louis Vuitton presentation of his Spring-Summer 2022 collection in Miami, Florida could happened.

With the blessing of Virgil’s family, the French fashion house announced the show would go on, sharing a short film to accompany the announcement.

Virgil was here.
In loving memory of Virgil Abloh, Louis Vuitton pays tribute to the life and legacy of a creative genius with a presentation of his Spring-Summer 2022 Collection in Miami on November 30th at 5:30 pm (ET). pic.twitter.com/3QwXJRkfin

”Virgil was here,” Louis Vuitton tweeted. “In loving memory of Virgil Abloh, Louis Vuitton pays tribute to the life and legacy of a creative genius with a presentation of his Spring-Summer 2022 Collection in Miami on November 30th at 5:30 pm (ET).”

The runway show was morphed into a celebration of life for a groundbreaking Black creative who shifted the culture. It was an opportunity for Virgil’s family, friends, and colleagues to come together for a memorial service of sorts to pay their respects to a man who paved the way for many young designers to come.

On Sunday, Virgil Abloh passed away after a silent battle with a rare form of cancer. He was 41.

When guests arrived on the Marine Stadium grounds, they were met with a 30-foot rainbow sculpture of Virgil holding an LV vinyl record case as he looked skyward over the city. There was a red hot air ballon with the LV logo on it and and a paper plane sculpture in the center of the runway – all pieces meant to evoke the wonder of coming of age. It was just like Virgil envisioned it as the show was already prepared before his death.

According to Louis Vuitton CEO Michael Burke, Virgil, started creating and discussing the coming of age show concept three years ago. His final presentation was something he was proud of and attendees were able to celebrate his life and soak in his new menswear designs, which he would have wanted.

“It was the wish of Virgil’s wife, Shannon, and his family that tonight’s show and concert went ahead,” Michael Burke said. “And I am deeply grateful to everyone here that we have honored that wish. The last time that I spoke with Virgil was on Saturday evening. He talked with passion about the finer details of the show: the symbolism of the paper plane, and the balloons, the sequencing of the collection looks, the concert we are about to experience. He had imagined it all, and he was distraught not to be here to share it with us in person.”

Tons of celebs came out to celebrate the multi-hyphenate creative, including Rihanna and her boyfriend A$AP Rocky, a reunited Kanye “Ye” West & his estranged wife Kim Kardashian (who’s currently dating Pete Davidson), along with their daughter North West, Migos rappers Offset & Quavo (who walked in the show), superproducer Pharrell Williams, designer Kerby Jean-Raymond, Lil Baby, Gunna, producer Metro Boomin’ and more. Rapper Kid Cudi walked in the show and performed, as well as Erykah Badu, who provided the tunes on the 1s & 2s.

It was a night full of fashion and love for a man who helped push fashion towards more diversity and inclusion.

Go inside the powerful event below:

Kim, Kanye, and North at the LV “Virgil Was Here” tribute show pic.twitter.com/47WGOAl0sS

Kid Cudi hit the stage to perform “Moon” after walking in the show:

the louis vuitton tribute show for virgil abloh in miami was beautiful pic.twitter.com/TDjfviEaQe

Watch the runway show below:

May his creations keep his legacy alive! 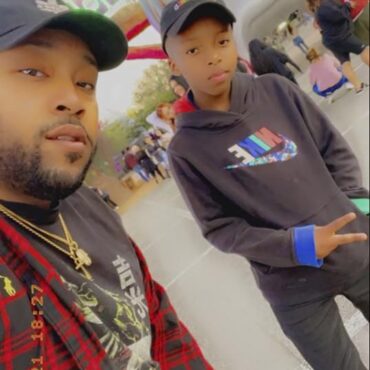 Travis Scott offered to pay the funeral costs of the 10 people who lost their lives at the Astroworld Festival, however, multiple families are rejecting the offer.   With hundreds of lawsuits piling up, the Houston rapper and Live Nation have lawyered up with elite legal counsel. More inside… Travis Scott’s annual Astroworld Festival became a death trap as crowd surges in a sea of 50,000 attendees at NRG Stadium […]