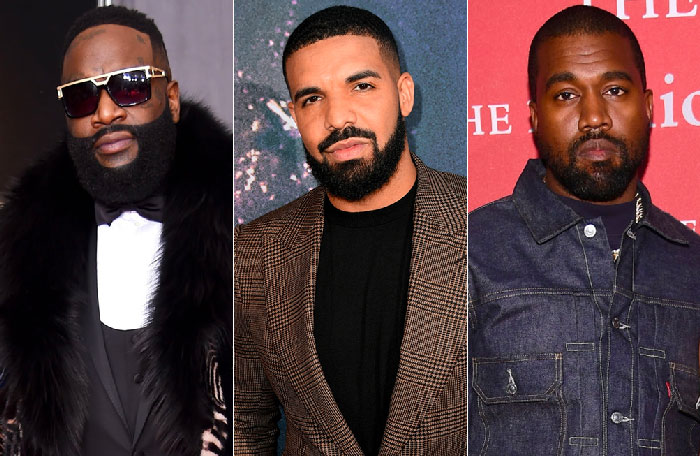 Rick Ross sat with Billboard Hip Hop editor Carl Lamarre for an intimate conversation, and he shone some light on several situations.

For the last few years, the feud between Drake and Kanye West — sorry, I mean Ye — has been the subject of endless fascination and speculation among fans. Every shot from either side was relentlessly pondered and debated, and fans took great delight in parsing each artist’s output for secret subliminal disses while goading the confrontation at every turn.

However, through it all, there was one artist among their peers who never bought into the hype. Rick Ross previously noted that he “loved” the back and forth between the two, reminding fans that the antics didn’t really put either artist at risk. “Kanye posted Drake’s address on the Instagram, but who didn’t have Drake address already?” he said.

He reiterated a similar sentiment on Wednesday night during a live interview with Billboard at the Grammy Museum in Los Angeles which Uproxx attended. “This wasn’t something that I really took seriously,” he said of the so-called beef between Drake and Ye. “These are two icons, forward-thinkers, highly intelligent brothers. I didn’t really see them taking it too seriously.”

However, like many, he enjoyed seeing the two call a ceasefire for a benefit concert set to take place this week at the Los Angeles Memorial Coliseum. “The Free Larry Hoover campaign is a great reason to come together and get on the stage. That’s what I’m excited about and happy to see these brothers pulling it off, and let’s make sure we tune in.”

Elsewhere in the interview, he also addressed his own supposed friction with Meek Mill after fans spent the summer speculating about simmering tensions between the Philly rapper and his mentor. Those rumors intensified with a line on Ross’ new single, “Little Havana” from his upcoming album Richer Than I Ever Been dropping this week.

Damn…so was ross talking to Meek and Hov or just one of them? Let me chill

“N****s soul being sold and still own a leash,” Ross raps on the track. “Roger Goodell boy, he ain’t a corniche / I was really throwin’ money, I really saw Meech / And I let them rappin’ n****s get closer to Meek.” However, at the Grammy Museum, Ross said there was no ill will behind the lyrics. “I feel like we’re both hustlers,” he said. “That’s one thing about life, you either grow together or grow apart. As a boss, you make that decision, because whatever it is you want to do, Ricky Rozay wants to see you do it. There’s a lot of people that didn’t last or was still down with me the way Meek is — so I want to see the homie shine regardless.”

Richer Than I Ever Been is out 12/10 via Epic Records.

Watch Ross speak on his relationship with Meek Mill below.

The post Rick Ross Doesn’t Think Drake And Ye Took Their Feud As Seriously As Fans Did [Photo + Video] appeared first on LOVEBSCOTT. 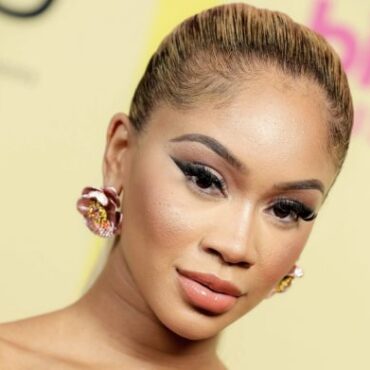 These past two years have been hard for everyone. Even celebrities, while extremely privileged, have struggled to balance work and life while turning out constant content in quarantine. via: Revolt During a recent interview with People, Saweetie revealed her plan to open up a celebrity wellness resort, which she hopes to bring to fruition when she’s a billionaire or until she receives some help from a few investors. “You see […]