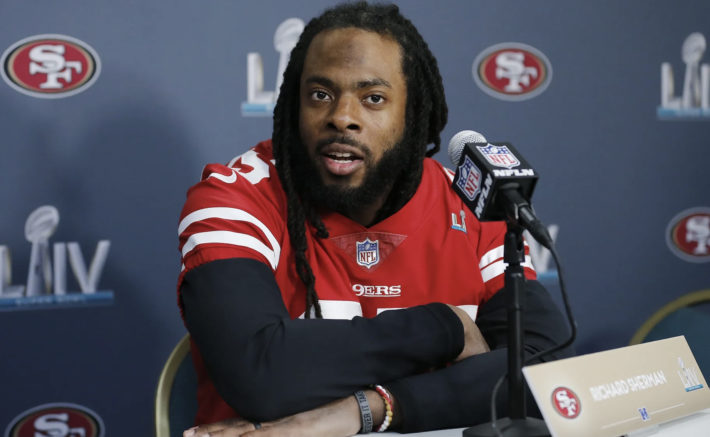 The home security footage of Richard Sherman is going viral.

On Friday (July 16), he publicly apologized and promised to seek assistance for his mental health issues.

“I am deeply remorseful for my actions on Tuesday night,” he penned in a short letter. “I behaved in a manner I am not proud of. I have been dealing with some personal challenges over the last several months, but that is not an excuse for how I acted. The importance of mental and emotional health is extremely real, and I vow to get the help I need.”

He then thanked his wife, family and all those who reached out to him during this time.

As ESPN reported, Sherman was driving his car on a Seattle highway early Wednesday morning (July 14) when he crashed in a construction zone. Following the incident, he went over to his in-laws’ residence and eventually got into a heated exchange with his father-in-law, Raymond Moss. Per a police report, Moss claimed that the football player tried to break his into home, so he got his firearm and pepper spray to protect himself.

When officers arrived at the scene, they allegedly discovered Sherman with “bloodshot, watery eyes” and “severe mood swings.” They claimed that his speech was slurred and said he emitted an “odor of intoxicants.” The athlete — who initially resisted arrest — was later taken into custody. He told cops that he was angry because his kids were taken away from him.

Sherman pleaded not guilty to two domestic violence counts — criminal trespass in the second degree and malicious mischief in the third degree — as well as charges of resisting arrest, driving while under the influence and reckless endangerment of roadway workers. He was released without bail on Thursday (July 15) and is required to stay away from Moss, alcohol and nonprescription drugs. He is also prohibited from possessing a weapon.

We hope Richard gets the help he needs. 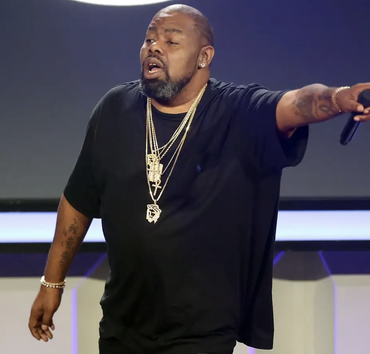 Biz Markie, the rapper best known for his iconic wail over the ’80s classic “Just a Friend,” died at the tragically young age of 57.Read more...