Raven-Symone Gears Up To Tackle Home Design Disasters In New Show, ‘What Not To Design’

Raven-Symone just landed a new gig! She’ll be hosting a new show titled “What Not Not To Design,” which is a spin-off of the long-running series “What Not To Wear.” Deets inside…

Raven-Symone is gearing up to host a new show!  If sis doesn’t do anything else, she KEEPS a check.

The 35-year-old actress is obsessed with interior design, so it’s only right she shares her talents for a new show about redesigning houses for people who don’t have the “eye” for home fashion.

HGTV just gave the greenlight to create a pilot tentatively titled “What Not To Design,” a home design-focused series which would be a spin-off of the highly popular TLC series, “What Not To Wear,” which ended in 2013.

“Style mistakes are not confined to clothing,” Raven said in a press release. “Bad design prevents people from living well and truly enjoying their homes. My team and I are determined to show what to do — and what not to do — to create beautiful spaces.”

“To call these homes eclectic would be kind,” the former “The View” co-host continued. “We’re going to give families a clean slate and show them how to style their new space and apply the ‘to-do’ and ‘not-to-do’ list to the rest of the house.”

According to the network, “What Not to Design” will follow Raven-Symone and her team of design experts, including designer Nina Ferrer (HGTV’s Design Star) and craftsman James Worsham, as they lead a style intervention to overhaul home design disasters.

From homes with outdated, over-the-top decor to ones with out-of-control memorabilia collections, the houses – and the owners – are in for a major change. Raven-Symoné and her team will meet with homeowners and will survey what items to keep, toss and sell online to maximize the budget before the rooms are given complete makeovers.

The pilot is being produced by BBC Studios’ Los Angeles production arm. No premiere date has been set for the pilot just yet, but we’ll keep you updated.

Raven is currently on a “healthy eating” journey and recently shared a video of herself eating a burger her wife, Miranda Pearman-Mada, made. The couple secretly tied the knot last summer and are loving the married life. 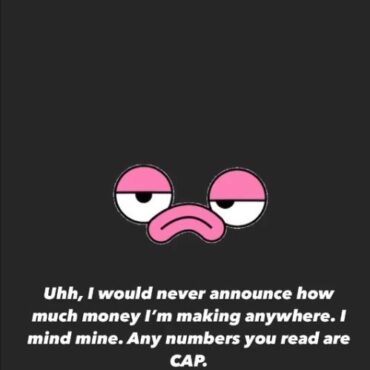 Yes, Issa Rae has inked a mega deal with WarnerMedia. Woot! However, the Black creative has an issue with the reported amount. Find out what she said inside… Issa Rae isn’t showing any signs of slowing down. Yes, “Insecure” is filming its final season, however, she has more content coming for the stans, i.e. US. The fab Black creative has reportedly inked a new five-year overall deal. Her Hoorae media […]