RAPPERS GET ROLES: Lil Yachty Is Making An Action Heist Film Based On UNO + Wale Praised For ‘American Gods’ Role

Rappers are offering up their acting talents in projects! Lil Yachty is working on a comedic action heist based on the card game, UNO. Meanwhile, Wale has “American Gods” fans going crazy. More inside…

Rappers are taking their talents to Hollywood.

Lil Yachty is no stranger to the acting scene after starring in How High 2, popping up Ronald Marlon Johnson for the “A Different World” Zoom remake, and doing voice over work for Teen Titans GO! To the Movies.

The “Speed Me Up” rapper has teamed up with Mattel to develop an action heist based on the card game, UNO. Sounds like an interesting mash up. Not only is he producing, he’s also being eyed for the lead role. The plot – written by Marcy Kelly – is set in the underground Hip Hop world of Atlanta, so music will also be an added element in the film.

“I’m so excited to be part of this film with Mattel,” the ATL rapper said. “I played Uno as a kid and still do today, so to spin that into a movie based on the Atlanta hip hop scene I came out of is really special. It hits close to home for me.”

Most of us 80s & 90s babies grew up playing UNO, so the film will likely deliver nostalgic vibes.

Quality Control honchos Pierre “Pee” Thomas and Kevin “Coach K” Lee have joined in as producers of the film, as well as Quality Films’ Brian Sher. Yachty is signed to QC.

It’s giving us grown comedy film with a nostalgia feel. Not a film you can watch with your kids, but a good one to call up your homies and watch together.

Speaking of rappers and acting roles…

Rapper Wale has been soaking in praise on social media after his appearance in Season 3 of STARZ’s “American Gods.”

After making a cameo in HBO’s “Crashing” and an appearance indie crime anthology series, “DC Noir,” the DC native is really getting deeper into his acting bag. It’s his first official role.

Wale plays the role of Chango, who is the partner of Orisha Oshun (Herizen Guardiola), an African goddess representing love and fertility. According to ET, the diety is “a fiery, silver-tongued Orisha” who has a significant connection between Shadow and his unexplored past. Arming himself with two axes, this warrior spirit has an “electrifying charisma” and “selfless passion.”

Love @Wale on this as Chango (Sango).. Man got the vibe with the hype #AmericanGods #Starz pic.twitter.com/MqPSAqZWx9

”American Gods” and Wale fans loved his performance and made sure to give him his props on social media:

@Wale in American Gods was unexpected but somehow perfect.

The way I screamed when I saw @Wale on #AmericanGods pic.twitter.com/h0MCjixw5c

@Wale I see you on that new episode of American Gods! Good shit bro

Such a powerful performance this season good sir #chango #orisha I is WE RT @americangodsus: It is my great honor to welcome @wale to the #GodSquad! #AmericanGods pic.twitter.com/r4YWrla4pv

Yo @Wale in the new season of American Gods I see you pic.twitter.com/F4WY9OqHDR

Check out more of his performance below:

Maybe Wale’s performance can give fans what Orlando Jones gave, which is terribly missed, before his “racial firing.” Missed that? Catch up HERE.

”American Gods” airs on Sundays at 9pm EST on STARZ. 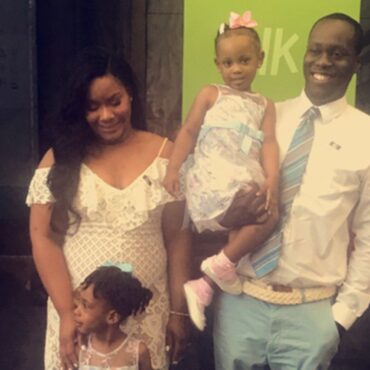 An Alabama father of two has died after contracting the U.K. strain of Covid-19. What We Know: 35-year-old Alfonzia Jackson Jr. started feeling sick around Christmas of last year. As his symptoms worsened, Jackson was sent to UAB Hospital in Birmingham, where he tested positive for the United Kingdom variant of COVID-19. He passed away on Tuesday, February 2nd. Before being diagnosed with the U.K. variant, Jackson had tested negative […]