Atlanta authorities have released the 911 phone call from hip-hop artist Germ, who claims to have witnessed the abduction of 27-year-old bartender Mariam Abdulrabm. The Atlanta Journal-Constitution reports the woman had called Germ, legal name Jerry Antoine, as she was driving to his home in southeast Atlanta. Germ reportedly saw Abdulrabm pull up to the residence before she was forced into an SUV by an armed gunman.

911 calls released from the night #MariamAbdulrab was kidnapped and murdered pic.twitter.com/VNhE4DHnoo

“My girlfriend just got out of a car and somebody just came and kidnapped her and left,” Germ told the dispatcher in the morning of Aug. 13. “I just watched her get kidnapped from in front of my house!”

Several hours later, another man called 911 to report he had found a woman’s body face-down outside an abandoned home. The Fulton County Medical Examiner confirmed Abdulrabm was shot multiple times.

“She does not appear to be breathing,” the man told the operator. “This is somebody’s baby.”

Germ took to Instagram over the weekend to mourn the death of Abdulrabm. He shared a series of photo and videos of him next to his “best friend,” as well as a picture of her memorial mural.

“IMA MAKE SURE THEY REMEMBER HOW SELFLESS ND HAPPY YOU WERE,” he wrote. “YOU DIDNT DESERVE THIS.”

Atlanta police have since arrested DeMarcus Brinkley in connection to Abdulrab’s death. AJC reports the 27-year-old was taken into custody on Aug. 13 after crashing the SUV during a police pursuit. Brinkley was hospitalized with injuries sustained in the collision and is now being held at Fulton County jail. He has been charged with kidnapping, murder, false imprisonment, aggravated assault with a deadly weapon, and possession of firearm by a convicted felon.

Authorities have not shared any information about a possible motive.

A GoFundMe has been set up for Abdulrab’s family.

Our thoughts and prayers go out to Abdulrab’s family and friends.

The post Rapper Germ Says He Witnessed His Girlfriend Get Abducted Shortly Before She Was Killed [Photos + Video] appeared first on LOVEBSCOTT. 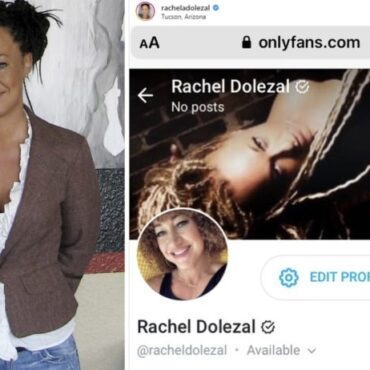 She’s dipping her toe into the water of OnlyFans. via: Daily Beast Yes, that same Rachel Dolezal who tried to catfish the world as the head of a Washington chapter of the NAACP, claiming she was Black, when in reality she’s a white woman who wears blackface and teases her hair to mimic an Afro to, apparently, look the part. This is the Rachel Dolezal who adopted African-American vernacular to […]