“My co-host on Higher Learning, Rachel Lindsay, disabled her Instagram earlier today,” Van Lathan said in a video shared on his Instagram accountFriday. “She did it because that’s how much hate she’s getting from Bachelorfans who are spamming her with all kinds of rude and hateful things to say.”

Lathan continued to defend Lindsay from the harassment, saying, “Y’all have got to get a f— life. Seriously.”

“Rachel is not responsible for Chris Harrison, a 49-year-old man who can’t read the room in these 2021 times. She’s not responsible for that,” Lathan continued. “It’s not her job to make excuses or provide cover for somebody who doesn’t understand what the f— triggers people in today’s world. It’s not. You’re going after the wrong person.”

“Rachel, we love you, we’re with you,” Lathan concluded the video.

In the interview, Harrison said people should have “a little grace, a little understanding, a little compassion” for Kirkconnell, who has issued an apology and earlier this week asked those defending her actions to “please stop.”

Harrison quickly received backlash for his failure to denounce Kirkconnell’s acts of racism and apologized a couple days later before announcing he will be “stepping aside” from the franchise for an unspecified amount of time.

It remains unknown who will replace Harrison on the upcoming After the Final Rose special for Matt James’ current season.

PEOPLE reported earlier this week that producers are working to make “appropriate changes” in the franchise.

Lindsay has said that Harrison’s stepping away as host is the “right decision.” She has also expressed surprise at the ongoing controversy, given that there have been “racist issues” on the show in the past.

Several former Bachelor and Bachelorette contestants have voiced support for Lindsay since the Extra interview.

Who knew after all these years that THIS would be the year the ‘Bachelor’ franchise would have to examine its racism? 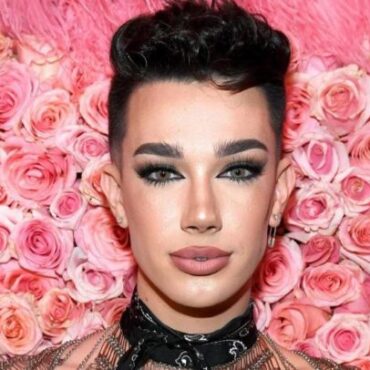 James Charles fighting back against accusations that he was grooming a 16-year-old boy online for an inappropriate relationship. In a new social media post, the 21-year-old has outlined a new set of personal guidelines that will be in place before he starts chatting with anyone on the internet. via The Blast: “There’s a video going around about me on TikTok and Twitter of a guy calling me a groomer and I […]