R. Kelly Associate’ Gets Prison for Torching Accuser’s Car to Keep Her Quiet 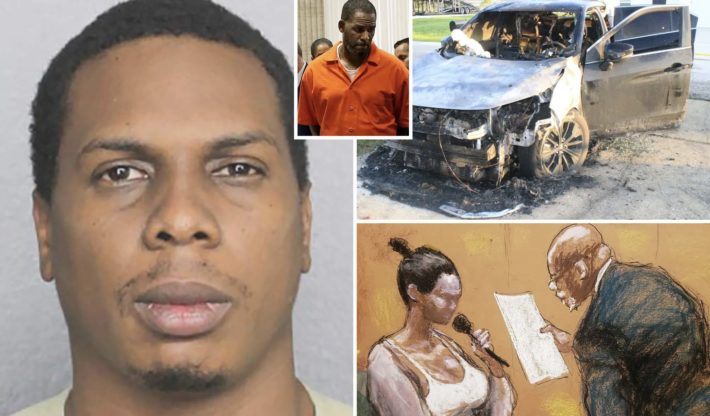 An associate of R. Kelly has been sentenced to prison after he attempted to intimidate one of the singer’s accusers with an arson attack. On Wednesday (Nov. 17), the US Attorney’s Office announced that Michael Williams will serve eight years behind bars for setting the accuser’s car on fire.

Michael Williams, 38, pleaded guilty to setting the vehicle on fire in June 2020 outside the Florida home of “Jane Doe,” one of several accusers at Kelly’s sex-trafficking trial, the US Attorney’s Office announced Wednesday.

Kelly, whose real name is Robert Sylvester Kelly, was convicted in Brooklyn federal court in September and is due to be sentenced in May.

Williams pleaded guilty to the arson charges in April, admitting he sought to dissuade the victim from cooperating against Kelly.

“In a violent act designed to instill fear and stop a witness from testifying at trial, Williams set fire to the victim’s vehicle in the middle of the night while it was parked outside of a residence occupied by four adults and two children,” Breon Peace, US attorney for the Eastern District of New York, said in a statement.

“Intimidating witnesses and threatening the safety of crime victims undermine the very fabric of our judicial system and will not be tolerated,” Peace added.

According to prosecutors, Williams snuck up to the Florida home on June 11, 2020, poured accelerant around the SUV, then set it on fire.

Investigators determined that Williams had searched online for details on the “detonation properties of fertilizer and diesel fuel” before the incident.

The ploy failed, as the woman was among the victims who testified against Kelly.

The 54-year-old “I Believe I Can Fly” crooner was convicted of racketeering and violations of the Mann Act for transporting women and teenagers across state lines for immoral purposes.

Kelly was accused of a decades-long pattern of sexual abuse that included holding his victims hostage and subjecting them to humiliating sex acts and assault.

He faces a prison sentence of 10 years to life.

Lock all of them up.

The post R. Kelly Associate’ Gets Prison for Torching Accuser’s Car to Keep Her Quiet appeared first on LOVEBSCOTT. 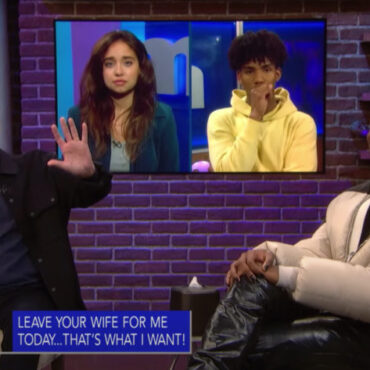 Lil Nas X is on the latest episode of Maury. via: AceShowbiz The video for the “Industry Baby” hitmaker’s song, which premiered in September (21), features him discovering his male lover Yai is married and has a child. It’s a scandalous love triangle that fits right in on Povich’s often volatile show, where the host is known for declaring, “You are not the father!,” after delivering the results of DNA […]