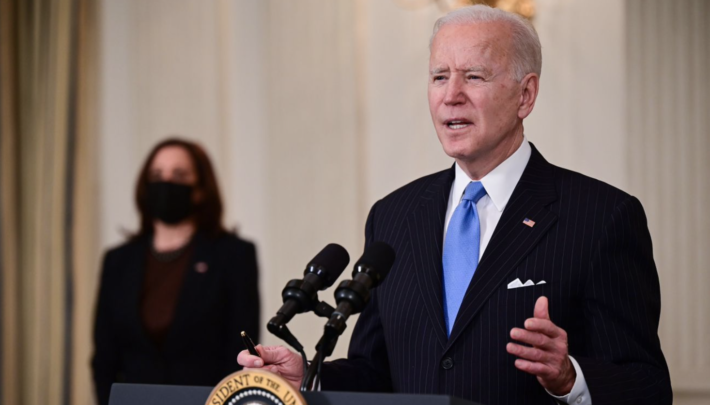 We’re beginning to approach some light at what’s hopefully the end of the COVID-19 pandemic tunnel.

According to President Biden, the U.S. government will have secured enough doses of coronavirus vaccine to immunize “every adult” in the country by the end of May.

Biden said the new timeline — two months ahead of the previous schedule — was made possible after Merck, a New Jersey-based pharma company, agreed to help Johnson & Johnson produce its COVID-19 vaccine, which only requires one dose to be effective, unlike the other two shots on the market.

Biden said he had invoked the wartime Defense Production Act to refit two Merck facilities with the equipment needed to make the J&J vaccine. The DPA has also been invoked to let J&J’s facilities pump out vaccine doses around the clock, Biden said.

“This all means we’re now on track to have enough vaccine supply for every adult in America by the end of May,” Biden said at the White House.

He praised Merck, which tried unsuccessfully to develop its own COVID-19 shot, for teaming up with Johnson & Johnson, whose vaccine candidate received emergency use approval from the Food and Drug Administration on Sunday.

“This is the type of collaboration between companies we saw during World War II,” Biden said.

However, Biden noted “it’s not enough” to just have vaccine supply.

To actually get hundreds of millions of coronavirus shots into the arms of Americans, Biden said Congress will need to approve his $1.9 trillion stimulus plan, which includes billions of dollars for vaccination efforts, including the hiring of more health care workers to administer jabs.

The Senate is picking up the package this week.

Different political dynamics are at play in the Senate, with Democrats controlling the chamber by the thinnest margin possible, meaning some provisions in the package, like unemployment aid, could end up being watered down to ensure the support of moderate members.

However, the vaccination cash in the package is likely to remain unchanged, and Senate Majority Leader Chuck Schumer (D-N.Y.) has said he expects to pass the massive bill by Saturday, potentially with the help of a tie-breaking vote from Vice President Kamala Harris.

With vaccination production ramping up thanks to the Johnson & Johnson breakthrough, Biden also announced he plans to use executive powers to direct all states to prioritize teachers for COVID-19 shots.

His hope is for every teacher in the country to have gotten at least one vaccine shot by the end of this month, Biden said.

He tied the school effort back to the stimulus plan as well.

“To achieve that goal, I sent the American Recuse Plan to Congress to provide vital help to make sure schools can open safely,” he said.

Before the Johnson & Johnson-Merck deal, the Biden administration was expecting to have enough vaccine to inoculate every American adult by the end of the summer, using doses of the Pfizer and Moderna variants, which each require two shots for efficacy.

Some public skepticism is emerging about the Johnson & Johnson vaccine, which has proven about 70% effective in preventing COVID-19. Pfizer and Moderna are both more than 90% effective.

However, public health experts, including Dr. Anthony Fauci, are noting that Johnson & Johnson is as effective as the other two vaccines in preventing severe cases of COVID-19, and are urging Americans to get immunized as quickly as they can, no matter which brand.

New York City is expected to receive about 70,000 doses of the Johnson & Johnson vaccine this week as part of an initial shipment, with priority for homebound seniors, according to Health Department officials.

Seeking to dissuade reluctance on a local level, Mayor de Blasio said Tuesday he will take the Johnson & Johnson shot when it’s available.

“I want to show people it’s the right choice,” the mayor said.

That’s great news — but that’s assuming the distribution is in place to actually get every adult vaccinated by the end of May. The way things are going now, that doesn’t seem likely. Still, we’re optimistic.

The post President Biden Says There Will Be Enough COVID Vaccine for ‘Every Adult in America’ By the End of May appeared first on LOVEBSCOTT. 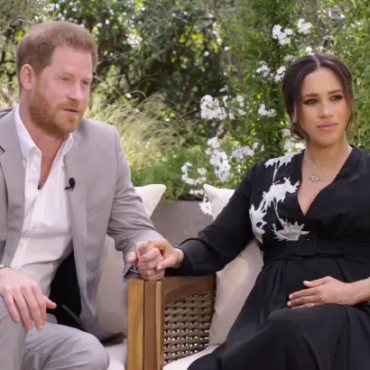 The British tabloids are working overtime to overshadow Meghan Markle and Prince Harry’s upcoming sit-down interview with Oprah Winfrey that’s scheduled to air on Sunday. According to the press, royal aides have reportedly accused Meghan of “bullying.” via People: On Tuesday, The Times in the U.K. claimed that the Duchess of Sussex faced a bullying complaint made by one of her close advisers during her time as a working royal […]