Pregnant Taina & G Herbo Are Building Their First Home Together! 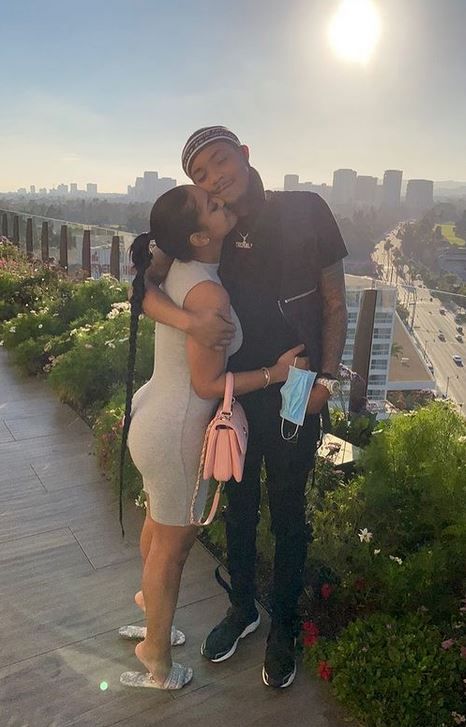 Rapper G Herbo and his pregnant girlfriend Taina Williams are building their first home together ahead of their baby’s arrival. More inside…

Rapper G Herbo and his pregnant fiancée Taina Williams are gearing up to welcome their first child together. Before their little bundle of joy makes his/her arrival, G Herbo and Taina are building their first home together ahead of their baby’s arrival, which is soon.

“First floor down. #buildingtogether,” Taina wrote on her IG Stories, captioning a Boomerang video of herself and G Herbo in on the construction site of their future home.

This is Taina’s first child and Herbo’s second. He has a son, Yosohn, who he shares with his ex –Ariana Fletcher. He turns three next month.

While this is a happy time for the couple, fans still has Herbo’s fraud case on their minds.

Also, the “Feelings” rapper’s girlfriend at the time (who was unnamed) was also mentioned in the indictment, but she was not brought up on any charges. Fans accused G Herbo’s ex/son’s mother Ari Fletcher was accused of “plotting” on G Herbo and his new relationship with Taina, which she denied.

Before the indictment, there were rumors that Taina was pregnant. After the Chi-town rapper got caught up in the criminal drama, it was revealed Taina was carrying his baby and that she was about four months along. It was also revealed he asked her to marry him.

The 25-year-old rapper pleaded not guilty to charges of conspiracy to commit wire fraud and aggravated identity theft. He faces up to six years in prison.

We’re hoping for the best for the sake of the unborn baby.

A third match between boxing legends Mike Tyson and Evander Holyfield isn’t happening. Find out why inside… It likely would have been the boxing match of the decade, but it’s not happening. Boxers Mike Tyson, 54, and Evander Holyfield, 58, were set to fight for a third time, but it's canceled...at least for now. Apparently, Tyson’s camp wasn’t happy with the contract, so everything fell apart. "We thought this was a done deal but it quickly fell apart when Tyson’s […]