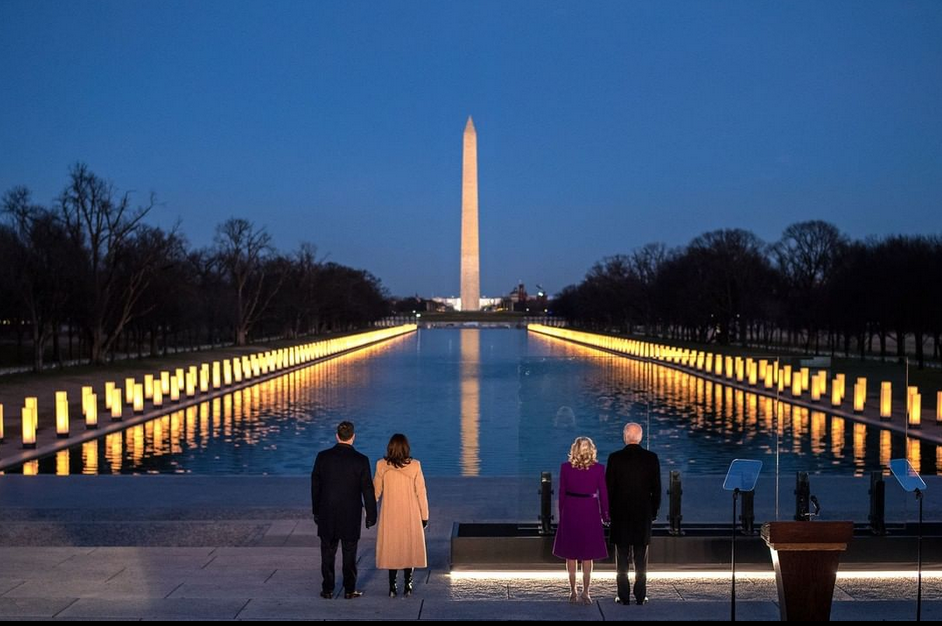 Before Inauguration Day, there were a few virtual events that went down leading up to the big day. Black Excellence was celebrated virtually before Howard University hit the streets of D.C. with Vice President Kamala Harris. More inside…

Last night, the Presidential Inaugural Committee hosted a virtual celebration, “We Are One,’ to honor and celebrate all within the Black Community and African Diaspora, featuring powerful speakers, inspiring stories, and entertaining performances.

The event paid homage to the rich history and legacy of the nation’s historically Black colleges and universities, as well as Black sororities & fraternities. Kamala Harris is the first HBCU graduate and Alpha Kappa Alpha Sorority member to be vice president.

For entertainment, there was a special performance by Tobe Nwigwe, in addition to performances by DJ D-Nice, The O’Jays, Rapsody, Step Afrika, the String Queens, the Texas Southern University Debate Team, and more.

Watch The Marching “100” perform for the “We Are One” Presidential Inaugural event. pic.twitter.com/KTjvOMyQP8

Peep the clips above and below:

In case you missed it, here is the Sonic Boom of the South’s performance during the ‘We Are One’ Biden-Harris inaugural event! pic.twitter.com/NX7h8x4dS2

Congratulations to @SU_HumanJukebox and @gsuworldfamed for being showcased in the the Biden Harris 2021 Inaugural “We Are One” virtual event. We are so proud of you! #weareone

YASSSS to all this HBCU love!

You can watch a stream of the event below:

Following the “We Are One” event, Presidential Inaugural Committee hosted the “Latino Inaugural 2021: Inheritance, Resilience, and Promise,” which featured appearances by Eva Longoria and Lin-Manuel Miranda. The pre-inauguration events were part programming that spanned over five-days under the inaugural’s theme of “America United.

Howard University’s Showtime Marching Band will accompany VP Kamala Harris – an alumna of Howard – to the White House after she is sworn in as Vice President. The bells at Howard tolled 49 times to honor the historic moment Kamala Harris became the 49th Vice President!

The bells at Howard University, Kamala Harris’ alma mater, toll 49 times to honor the historic moment as she becomes the 49th vice president of the United States. https://t.co/0lZPOZJw12 #InaugurationDay pic.twitter.com/BoyPdgQAcG

Last night, President Joe Biden and Vice President Kamala Harris honored the 400,000 people who lost their lives due to the Coronavirus. Biden was joined by his wife Jill Biden and Harris’ husband, Doug Emhoff.

Trump Says ‘We Will Be Back In Some Form’ As He Exits White House For Florida, Speaks Lies On The Tarmac, No Traditional Handover

Trump is finally GONE! As Inauguration Day kicks off, Trump and his wife Melania lands in Florida. Before leaving, he gave his final address to the nation, promising “we will be back in some form.” More inside… Finally! The day has come where Trump is no longer the President of the United States. Before the Inauguration Day festivities kicked off, Trump bid farewell to Washington at Joint Base Andrews in Maryland before boarding Air Force Once with his wife Melania […]