POTUS Biden Says Omicron Variant Is ‘Cause For Concern, Not A Cause For Panic’ + WHO Warns Omicron Poses ‘High Infection Risk’ 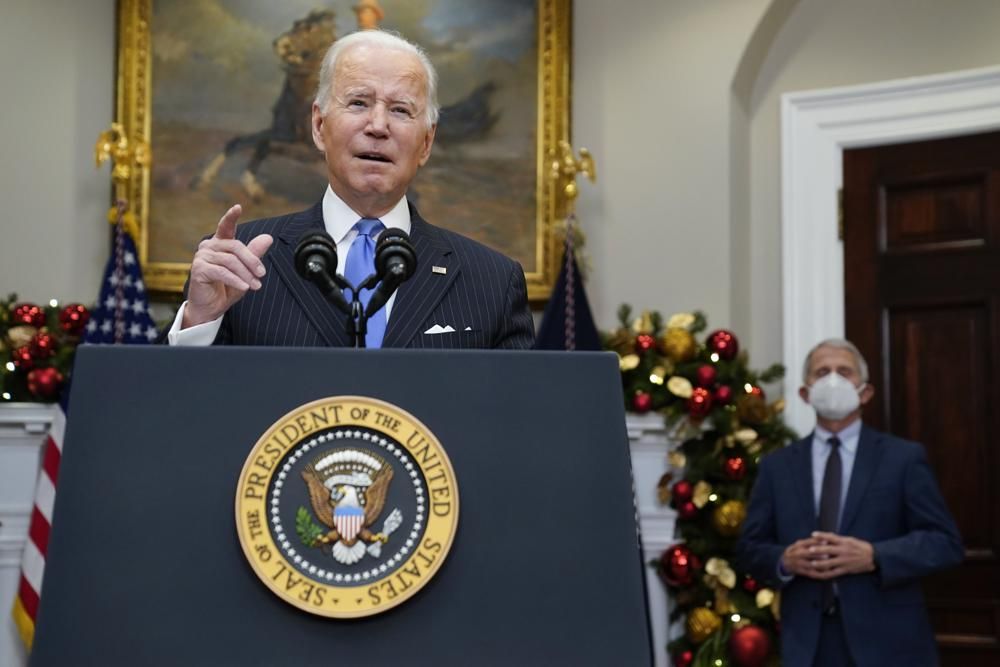 President Joe Biden is reassuring the nation that the new Omicron Coronavirus variant, which was first identified last week by researchers in South Africa, is a cause for concern, but folks shouldn’t panic. At least not at this point. The doctor who discovered the variant says symptoms seem “mild.”

The World Health Organization warned that the variant poses a “high infection risk.” Details inside…

A new Coronavirus variant was identified last week by doctors and researchers in South Africa called B.1.1.529, also called Omicron. The new Omicron variant has caused a major increase in COVID-19 hospitalizations in South Africa and doctors are working to understand its potential implications.

According to its website, Omicron is a highly divergent variant with a high number of mutations, including 26-32 in the spike, some of which are concerning and may be associated with immune escape potential and higher transmissibility. However, there are still considerable uncertainties.

The main uncertainties are:

(1) how transmissible the variant is and whether any increases are related to immune escape, intrinsic increased transmissibility, or both;

(2) how well vaccines protect against infection, transmission, clinical disease of different degrees of severity and death;

(3) does the variant present with a different severity profile. Public health advice is based on current information and will be tailored as more evidence emerges around those key questions.

The World Health Organization began naming the variants after Greek letters to avoid public confusion. According to the Greek alphabet, the World Health Organization was expected to name the latest coronavirus variant “Nu” or “Xi.” But both names were seen as problematic. The health agency went straight to Omicron — the 15th letter in the Greek alphabet.

The WHO warned that the global risk from the omicron variant poses a “high infection risk” around the globe because it’s seemingly easier to transfer.

According to Dr. Angelique Coetzee – the South African doctor who first identified the new strain – told the BBC that COVID symptoms linked to the Omicron variant have been described as “extremely mild.”

“It actually started with a male patient who’s around the age of 33 … and he said to me that he’s just [been] extremely tired for the past few days and he’s got these body aches and pains with a bit of a headache,” she told the BBC.

The patient didn’t have a sore throat, she said, but more of a “scratchy throat” but no cough or loss of taste or smell — symptoms that have been associated with previous strains of the coronavirus.

Coetzee said she tested the male patient for Covid, and he was positive, as was his family, and then said she saw more patients that day presenting with the same kinds of symptoms that differed from the delta variant.

This prompted her to raise the alarm with South Africa’s vaccine advisory committee, of which she is a member. Other patients Coetzee had seen so far with the omicron variant had also experienced what she described as “extremely mild” symptoms, and she added that her colleagues had noted similar cases.

“What we are seeing clinically in South Africa — and remember I’m at the epicenter of this where I’m practicing — is extremely mild, for us [these are] mild cases. We haven’t admitted anyone, I’ve spoken to other colleagues of mine and they give the same picture.”

President Joe Biden held a press conference at the White House today to reassure Americans that the Omicron variant is a cause for concern, but it’s “not a cause for panic. At least, not now.

With the information scientists have now, he said he’s not considering any widespread lockdowns across the nation. However, he did encourage Americans to get fully vaccinated, including booster shots. He also urged people to return to wearing face masks indoors in public places to slow down any spread.

As of now, the new variant reportedly hasn’t reached the U.S., but it will. And when it does, President Biden said will “face this new threat just as we’ve faced those that have come before it.”

Our administration is working with health officials around the world to learn all we can about the Omicron variant. Right now, it is critical that everyone get the vaccine and their booster shot if they have not done so already. https://t.co/DrXPdzqRjL

The new variant has prompted the US, UK and EU to issue a travel ban on Southern African countries – a decision criticized by South Africa’s President Cyril Ramaphosa.

António Guterres, the secretary-general of the United Nations, said he was “deeply concerned about the isolation of southern African countries” and favored rigorous testing over travel bans.

Biden last week moved to restrict travel from South Africa and seven other countries in southern Africa, effective Monday, in a bid to give scientists time to learn more about the new variant, and for more Americans to get vaccinated before it hits the U.S. South African officials have argued they are being punished for speedily identifying and reporting the new variant.

The White House said there are no plans to cut down Biden’s travel as a result of the new variant.

CDC is strengthening its recommendation on #COVID19 vaccine booster doses. Everyone ages 18 and older should get a booster shot either when they are 6 months after their initial Pfizer or Moderna series or 2 months after initial J&J vaccine. Learn more: https://t.co/77CTFuJFcO. pic.twitter.com/oW2hyHRPmr

The Centers for Disease Control and Prevention has strengthened its recommendation on COVID booster shots, telling all adults that they “should” get an additional dose amid growing concern about the new variant.

“The recent emergence of the Omicron variant (B.1.1.529) further emphasizes the importance of vaccination, boosters, and prevention efforts needed to protect against COVID-19,” CDC Director Dr. Rochelle Walensky said in a statement.

Earlier this month, the CDC said everyone over 18 “may” get a booster shot if they wanted one. Now, they SHOULD.

Mask up everyone and keep sanitizing! If you’re vaccinated, consider getting a booster shot. Need more information about it? Click here.

We’d like to note, the Omicron variant is not a “South African variant.” We’ve been seeing it called that and it’s incorrect terminology. 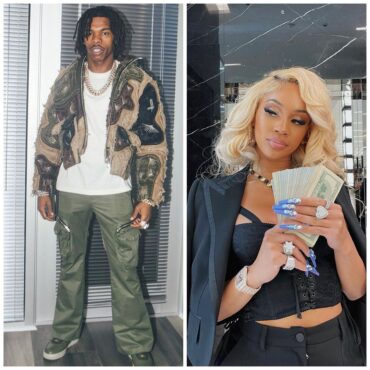 The Lil Baby & Saweetie dating rumors heat up after fans did some detective work and noticed the twosome was likely together. That sent social media in a frenzy, causing Saweetie’s ex-boyfriend/Baby’s label mate Quavo to seemingly respond. Find out what he said, plus see the flicks that had everyone losing it inside… On several occasions recently, Saweetie DID say she wanted some babies. She posted a tweet about […]