Former Detroit Mayor Kwame Kilpatrick is embracing his freedom months after being released from prison earlier this year. He’s now engaged to be married again and he says he’s leaving politics for the pulpit.

“I know that’s what I’m supposed to be doing,” he said about his ministry plans. “I can’t imagine doing anything else for the rest of my life.”

In 2013, Kwame – who was mayor from 2002 – 2008 – was sentenced to 28 years in federal prison after he was hit with 24 charges that included mail fraud, wire fraud, and racketeering. He initially faced 30 counts, but he was found guilty on only 24 counts. The former mayor was incarcerated at the Federal Correctional Institution in Oakdale, Louisiana.

Kwame Kilpatrick is set to preach at two Detroit churches this Sunday. The first one at 8:30 a.m. will be pre-recorded.

“So it’s going to be my hometown debut,” he said. “This is the first time that I’ve done anything public since getting out of prison.”

Thank You To The Supporters! We couldn’t of done it without you! #KwameFree

In January 2021, President Donald Trump commuted his sentence and he was released.

Right now, he’s living in the Atlanta area, changing careers to become a preacher, and he’s engaged to be married to a Detroit woman. The couple recently took engagement photos, which his photographer, Nicole Ashley Allen, posted on her social media:

Kwame didn’t want to say much about his new bride in the interview. However, he did touch on his relationship with his ex-wife/mother of his children Carlita Kilpatrick:

“We stopped having regular communications years ago,” Kwame said about his relationship with his ex-wife. “The divorce was after a long season of separation. But there’s no bad blood. I got out, I talked to her a couple of times. She has her life and I have mine. I told her if she ever gets married again she can bring her funny-looking husband over to the house and we can have dinner.”

It’s weird.
Every time I see this lady. The first thing pops in my head is Kwame Kilpatrick ex-wife Carlita. pic.twitter.com/GsDjUIZK3y

In 2018, Kwame took to Facebook to announce he and Carlita were getting a divorce as he came clean about cheating on her with a longtime affair (and reportedly plenty other women).

“The great fire started when I broke and forsook my marriage vows,” he wrote about an affair that happened in 2008.

“On January 24, 2008, the revelation of an extra-marital affair, through public release of my personal text messages, was plastered across newspapers throughout the United States of America. The “secrets” about the relationship with my friend and Chief of Staff; Christine Beatty, was no longer hidden. The specific words describing the torrid, passionate, and intimate moments of that relationship was in the public sphere for all to see. This was the space that many hateful forces used to employ strategies of unprecedented government intrusions, selective and malicious prosecutions against me, that would last for the next 10-years. These targeted campaigns of evil would cause great brokenness and defeat, separation and distance, sadness and depression, anger and bitterness, even bondage and incarceration.”

Check out his divorce announcement below:

In the post-prison interview, Kwame said he has no plans on going back to Detroit:

“No. I had no plans to come back to Detroit, except to say hi to my family, eat a couple pieces of food and pie, and leave. But, you know, I just love the people in the city of Detroit. I mean, no matter how much I try to say, I’m not going back to Detroit, that’s my hometown. I talked to Mike Duggan recently and I told him how well I thought he was doing. I thought the city looked good. I didn’t want to be in the city and there’d be whispers about politics. So I’m going to say this now, I’m not running for anything. I believe I’ve been put in a completely different lane.

“I rode down Woodward. I think it looks good. But it wasn’t the look of the city that really got me. It was the people. I went to a couple of stores just to buy some water. There’s nothing like the energy and spirit of a Detroiter.”

You can read his full interview here. 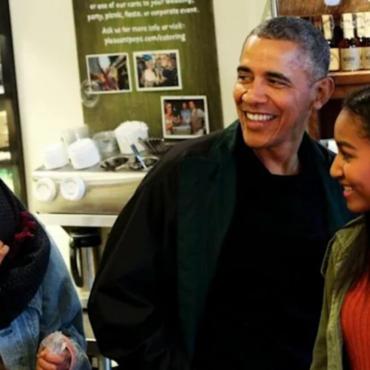 Former President Barack Obama discussed his pride in daughters Malia and Sasha’s activism in Black Lives Matter (BLM) protests during his interview with Anderson Cooper. What We Know: Barack mentioned that he worries more about Malia and Sasha’s physical safety than their protesting. He trusts that they know the difference between right and wrong and that they understand their role in making the country better. The former president also indicated […]