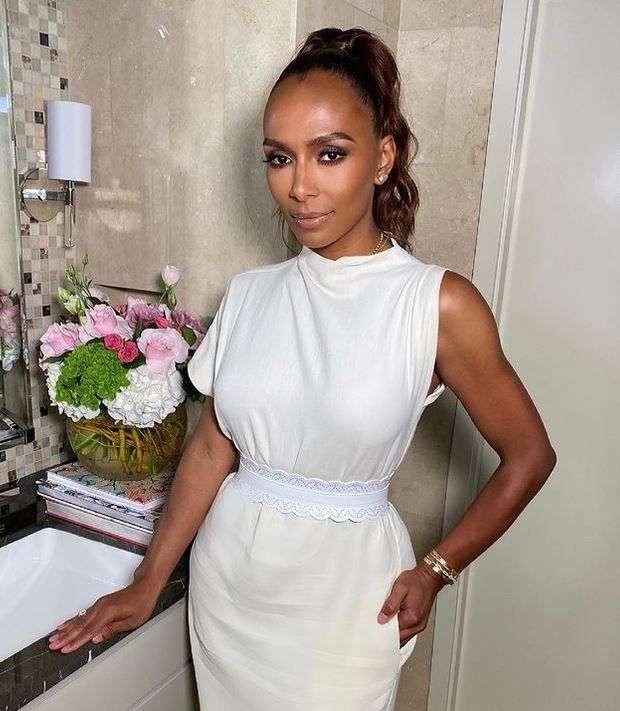 “POSE” writer, director and executive producer Janet Mock served up a fiery speech during the FX drama’s finale red carpet premiere in New York. And let’s just say sis had A LOT to get off her chest and she aired out ALL of her frustrations which ranged from the unequal pay for the show to infidelity. Get it all inside…

Last week, “POSE” held it’s third and final season red carpet premiere at the Rose Theater at Jazz at Lincoln Center in New York. And to say ish went totally left would be an understatement.

Janet Mock – writer, director and executive producer of the FX drama – was also in the mix. And when sis took the stage, she hopped on a soap box that shocked everyone – including “POSE” stars, network bosses and reporters – in attendance.

In a fiery 15-minute speech, Janet Mock touched on a wide range of topics where “she complained about how much the network is paying her, demanded better treatment for the trans community, shouted ‘F*ck Hollywood,’ revealed that she’d slept with someone in the show’s crew, asked her ‘Pose’ actor boyfriend not to leave her over the infidelity, decried the quality of the writing on the show, and had a brief conversation with co-creator and Hollywood mogul Ryan Murphy from the stage,” according to Page Six.

In the beginning of the speech, Janet aired out her frustrations over equal pay. She’s PISSED she isn’t getting the amount of money she feel she deserves.

“I am angry!,” she said as the room went completely silent.

“F*ck Hollywood,” she shouted. “Does this make you uncomfortable? It should. It should make you f*cking shake in your motherf*cking boots. This is speaking truth. This is what ‘Pose’ is,” she said.

The 38-year-old trans advocate went on to air out “POSE” co-creator Ryan Murphy.

Mock next complained about the quality of the material from male writers on the show’s first two episodes, then addressed Murphy, saying that “you brought … girls in to help you.”

“Who brought the girls in?,” she asked him. “I did,” Murphy replied, “I wanted the girls to be there.”

Then, Janet Mock took the speech up another notch when she admitted to cheating on her partner/”POSE” star Angel Bismark Curiel, who plays “Lil Papi Evangelista” on the show. She demanded Angel “stand up…right now!” before she cleared her conscious.

Bismark Curiel nervously stood up, and Mock said to the crowd, “Let me tell you something about love.”

At that revelation, one of the show’s guest stars could be heard gasping and asked, “What the hell is happening?”

“Angel, Angel. I’m not losing you. You hear me? You are f*cking important to me,” Mock continued. “I don’t want to live in a house alone. I want you. You motherf*cker. Right there. That’s who I want. I’m getting what’s mine.”

“I f*cked up, y’all. I forgot who the f*ck I was. They want me to come up here and pretend,” she said, “I don’t need Hollywood, honey. You know why? Cuz I’m fucking free.”

During her speech, Janet served up some inspirational gems for cast members, including Dominique Jackson, Indya Moore and the show’s lead, MJ Rodriguez — before turning her attention back to the industry at large.

“It’s a show, but it means so much to everyone to ‘ensure that we enable black and brown trans women to make it’ because that sounds good,” she said sarcastically. “It makes you comfortable to talk like that because then I don’t scare you into facing the f–king truth. You all have stomped on us.”

An insider who has worked with Mock, told Page Six that she seemed “emotionally unhinged” and suggested her revelation about her relationship may have been the cause. “She seemed almost immediately remorseful at what she aired publicly,” they said.

My sister @janetmock left nothing unsaid. I love you girl thank you for advocating for yourself and for #girlslikeus https://t.co/in4AFiefPD

Janet Mock was scheduled to appear on “Good Morning America” Friday morning (the day after her speech), but sources told Page Six the appearance was canceled after she gave her speech.

The first episode of “POSE” Season 3 premiered last night. A new episode will be available next Sunday at 10PM EST on FX. 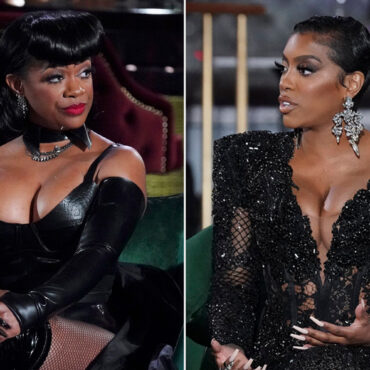 Kandi Burruss and Porsha Williams left ‘The Real Housewives of Atlanta’ season 13 reunion on good terms. via People: After a montage of RHOA footage featuring their journey over the seasons played, the ladies confirmed that they were still following each other on social media before host Andy Cohen asked Kandi what finally allowed her to “bury the hatchet with Porsha.” “I guess like, this year, it just seemed like, […]