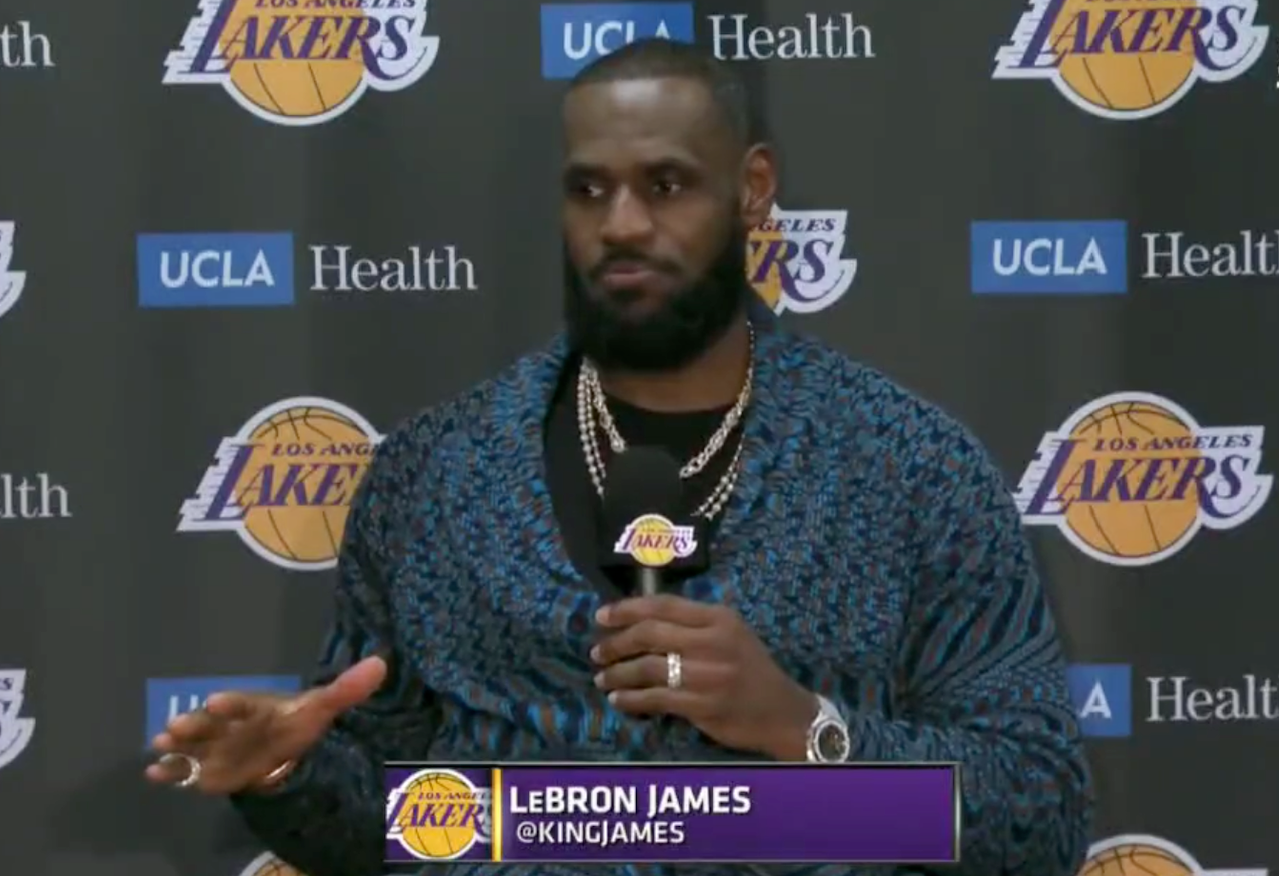 LeBron James wants to know why the media never asked him about Dallas Cowboys owner Jerry Jones’ problematic desegregation photo, but were quick to ask him about Kyrie Irving’s antisemitic controversy. Points were made. Hear them inside…

Following the Los Angeles Lakers’ 128-109 win over the Portland Trail Blazers on Wednesday night, LeBron James switched up the post-game press conference, where he asked the media a question.

The Los Angeles Lakers baller wondered why the media had not asked about the 1957 photo of Cowboys owner Jerry Jones blocking school integration, but was quick to question him about Kyrie Irving tweeting a link to a controversial documentary film with antisemitic conspiracy theories.

“I was wondering why I haven’t gotten a question from you guys about the Jerry Jones photo. But when the Kyrie [Irving] thing was going on, you guys were quick to ask us questions about that,” King James said.

The Akron native silenced a reporter before continuing,

”When I watch Kyrie talk and he says, ‘I know who I am, but I want to keep the same energy when we’re talking about my people and the things that we’ve been through,’ and that Jerry Jones photo is one of those moments that our people, Black people, have been through in America. And I feel like as a Black man, as a Black athlete, as someone with power and a platform, when we do something wrong, or something that people don’t agree with, it’s on every single tabloid, every single news coverage, it’s on the bottom ticker. It’s asked about every single day.

”But it seems like to me that the whole Jerry Jones situation, photo — and I know it was years and years ago and we all make mistakes, I get it — but it seems like it’s just been buried under, like, ‘Oh, it happened. OK, we just move on.’ And I was just kind of disappointed that I haven’t received that question from you guys.”

“I was wondering why I haven’t gotten a question about the Jerry Jones photo, but when the Kyrie thing was going on, you guys were quick to ask questions about that.” – LeBron James asks reporters about the 1957 desegregation mob photo pic.twitter.com/uC9vcvcZKc

Cowboys owner Jerry Jones has recently been in the news due to the publication of a photo from September 9, 1957, by the Washington Post, showing a 14-year-old Jones looking on at a desegregation event at his school, North Little Rock High School in Arkansas. Six Black students attempted to attend the school for the first time.

Jerry Jones responded to the photo, saying that he was a “curious kid” who “didn’t know at the time the monumental event that was going on.”

It’s not uncommon for reporters to ask LeBron about football, especially something about the Dallas Cowboys since he’s been a longtime fan.

Recently, LeBron decided that he was no longer supporting the Cowboys and switched to the Browns. He decided to switch teams after Jones’ response to the social justice protests, started by Colin Kaepernick, that swept the NFL (and the nation) six years ago.

“Nah, man. I had to sit out on the Cowboys, man,” LeBron said during an Instagram Live when asked if he was still a Cowboys fan.

“There’s just a lot of things that were going on when guys were kneeling. Guys were having freedom of speech and wanting to do it in a very peaceful manner. … The organization was like, ‘If you do that around here then you will never play for this franchise again.’ I just didn’t think that was appropriate.”

LeBron James said on Instagram Live that he is no longer a #Cowboys fan because he can no longer morally support the team after ownership prevented the players from kneeling during the National Anthem.

Says he’s now a fan of the #Brownspic.twitter.com/FapPOFebg5

Charity CEO Ngozi Fulani says Buckingham Palace has not reached out to her despite the Palace saying they did in their statement. She says her interaction with Lady Susan Hussey was "abuse" and it never should have happened. More of what the charity boss shared about the abusive exchange, plus updates on Prince William and Kate’s not-so-welcoming NBA appearance and what a friend of the Prince is spilling inside… Buckingham […] 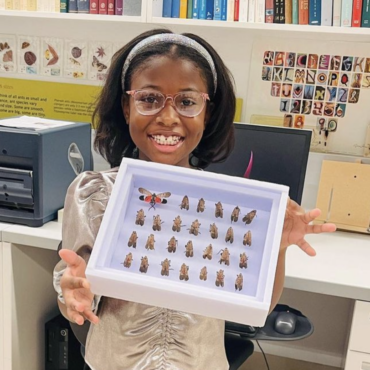 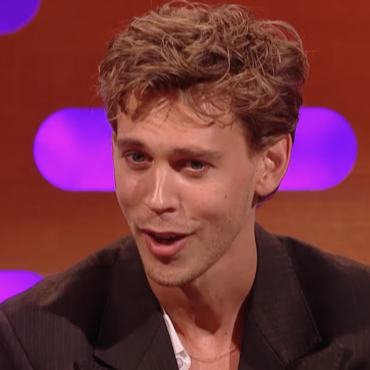