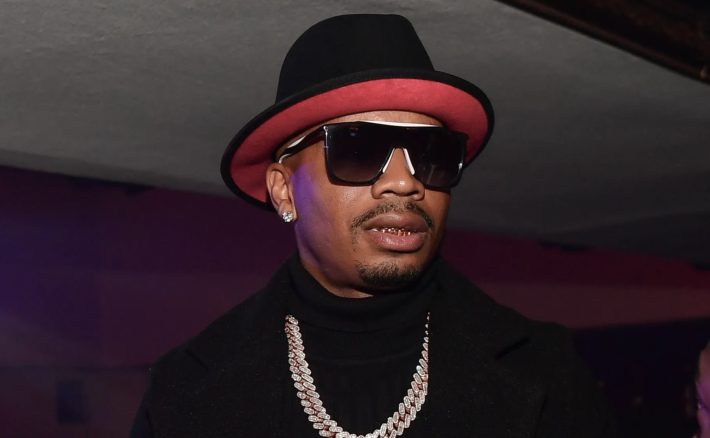 Plies is addressing baseless takes about the NBA’s stance on the COVID-19 vaccine. On Wednesday (Oct. 20), the rapper took to social media to help clarify the difference between the basketball organization’s treatment of Magic Johnson after his HIV diagnosis and Kyrie Irving, who’s been banned from playing home games at the Barclays Center following his decision to remain unvaccinated.

His supporters have come forward to say that Irving’s rights are being infringed upon, however, Magic Johnson recently told CBS News that he believes the Nets baller’s stance is a disservice to his teammates.

Johnson also remarked that he would never do such a thing, causing people to debate his and the NBA’s choice to allow him to continue his career after revealing he was diagnosed with HIV back in 1991. Medical officials have been storming social media to clarify the differences in how HIV and COVID-19 are transmitted, and Plies has entered the chat.

In a tweet that has gone viral and amassed over 12K likes on Twitter alone, Plies stated, “People Say The NBA Let Magic Play With HIV. U Can’t Contract HIV From Shaking Hands, Hugging, Coughing, & Running Up & Down The Court. COVID U CAN. HIV Is Transmitted Thru Drop of blood(SyringeOr Unscreened), Birth & Unprotected Sex.”

“If Players Were Havin Babies, Sex Or Sharing Syringe U Had A Point!” People jumped in to shut down the rapper, stating that vaccinated people are also dying of COVID-related illnesses, but he remains unmoved.

People Say The NBA Let Magic Play With HIV. U Can’t Contract HIV From Shaking Hands, Hugging, Coughing, & Running Up & Down The Court. COVID U CAN. HIV Is Transmitted Thru ?(?Or Unscreened), Birth & Unprotected Sex. If Players Were Havin Babies, Sex Or Sharing ? U Had A Point!

This tweet is extra funny when you remember that Plies is a registered nurse who graduated from the University of South Florida lol. https://t.co/DEeObqIDQr

“y’all do know vaccinated people are still contra-” YES everyone is aware. A number of us still contracted chicken pox, even with the Varicella vax. But did we die from chicken pox? Did whole communities of kids have to be hospitalized? NO, BECAUSE…VACCINATED pic.twitter.com/KJNQqOIY2Y

As an advocate for HIV (born poz), I’ve realized that willful ignorance can not be combatted with logic. You’ll see ? but I thank you for this post!

Stop Letting These People (Politicians) Sell U On This “They Tryin To Take Your Rights Away & Force U To Do Certain Bullsh*t”. B/c They The Ones Passin Laws Behind Closed Doors That’s Taken Away Your Rights & Tryin To Control & Determine What U Can & Can’t Do!!!!!

There was a time when Rob Kardashian and Blac Chyna were hoping for their happily ever after, but that has long ended. These exes can’t seem to stay out of court. via: Radar Online According to court documents obtained by Radar, Rob and Chyna are going back and forth about a sealed Department of Family and Child Services report. Rob and Chyna are currently facing off in dueling lawsuits. He sued her over an alleged assault and battery that went […]