NBA legend Paul Pierce was straight wildin’ on social media over the weekend, which may have caused him to lose his gig at ESPN. After learning about his firing, x-rated website CamSoda offered him a new job. Find out what they offered, plus Paul’s response to his firing inside…

NBA legend Paul Pierce had the Internet in a tizzy when he hopped on Instagram Live over the weekend.

The video featured the Bostic Celtics legend in a room with exotic dancers who were twerking (if you want to call it that) while members from his crew threw potato chips at them. Paul and his crew were seen playing poker, sipping on spirits and, smoking (inserts the eyes emoji) during the turn up. Oh, and no one was wearing a mask.

Here’s a clip from the racy IG Live he posted:

Well, ESPN isn’t having it, reportedly. The cable sports network – owned by family-friendly corporate media giant Disney – didn’t waste any time to sever ties with the former NBA star, who played a key role as an anlyst on “NBA Countdown,” Rachel Nichols’ weekday show “The Jump,” and other ESPN basketball programming, according to Front Office Sports.

BREAKING: ESPN and NBA Legend Paul Pierce have parted ways, according to sources.

Pierce posted videos of himself with exotic dancers on Instagram Live Friday night. Pierce has played a key role on ‘NBA Countdown’ + other ESPN basketball programming.

The network didn’t say this is why they “parted ways,” but it’s pretty clear to everyone this is the likliest reason.  And it’s also quite likely he was more fired than “parted ways”.

Shortly after news broke that he was out at ESPN, adult streaming site CamSoda offered the 43-year-old former NBA star a six-figure deal.

I saw the news that you have parted ways with ESPN after you posted a video to social media of yourself with exotic dancers.

Being that you are now unemployed, I would like to extend you a position at CamSoda as our first-ever “NBA Analyst.” As our NBA Analyst, you would be required to stream yourself live on our platform every week night and discuss happenings around the NBA. Inside the NBA be damned.

Here at CamSoda, we champion exotic dancers, cam girls and sex workers. We would be more than happy to accommodate your penchant for women and you’d be free to stream with them while they twerk in the background and more.

We wonder if he’ll accept it.

Despite the job loss, Paul Pierce doesn’t seem too worried about how he’s going to get his next bag. He hopped on social media, posting a message where he declares “bigger and better things coming.”

I can’t lose even when I lose I’m winning

Booze and strippers cost him his cushy job at ESPN, but he’s not sweating it because he’s still “winning.”  We guess.

By the way, Paul Pierce is married to Julie Landrum Pierce (they tied the knot in 2010) and they have three children together:

No word on if they’re “separated” or not…. 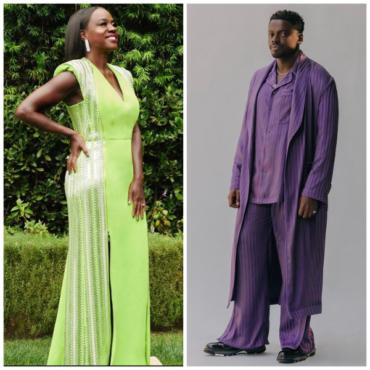 Black Excellence at its finest! Viola Davis, Daniel Kaluuya and the late Chadwick Boseman are in the SAG Awards historic winning circle, scooping up several top film awards! More inside… Black Excellence took over in major film categories during the 2021 Screen Actors Guild Awards. For the first time in the show’s history, actors of color nabbed all four major film acting categories. Although this year’s ceremony had to go […]