The Academy of Motion Picture Arts and Sciences is catching heat for allegedly telling Oscar nominees they can’t chime in via ZOOM for their acceptance speeches. Producers want them done in person. More inside…

The show must go on! And it is, but there are some issues.

The nominees for the 93rd annual Academy Awards are in! But there’s pandemic drama.

Apparently, producers of the awards show are asking nominees to film their acceptance speeches IN PERSON instead of a Zoom video like most award shows have been doing this year due to the COVID-19 pandemic.

Sources told Deadline the Academy told all nominees last week via letter that there would be NO ZOOMING allowed and that all acceptance speeches could only be done by actually being present at the Union Station in downtown Los Angeles during the ceremony. The Union Station location is reportedly one of two locations AMPAS is employing for the show. The other is the Dolby in Hollywood, which would be used for other production elements like song numbers, etc.

Forcing people to attend the ceremony during a global pandemic has become a headache for everyone involved. The site reports:

This is causing headaches not only for those nominees who would be coming from international locales, but also publicists and studios/distributors who have to foot the bill and deal with the nightmare logistics of getting their contenders into the U.S. and Los Angeles, variants be damned. The complaints from those on the front lines are loud and the Academy has been hearing from them directly.

One source with scores of nominees situated around the globe told me the cost of hotel stays for two weeks or more, including the required 10 days of quarantine, will “bankrupt” their entire budget, not to mention the problems caused for some nominees who are working — if they wanted to come to the Oscars it might mean shutting down their productions for the better part of the month of April just for quarantining considerations alone that would have to take place both leaving and returning from all points international, many of them like Italy, France, the UK and more in various stages of lockdown or severe restrictions on travel.

BAFTA is doing a virtual show, so is SAG and all the guilds, just as the Golden Globes, Critics Choice and Emmys have done during the pandemic. The Oscars want to be different and avoid the Zoom fatigue that is definitely settling in with all these shows. It could mean however that many winners won’t be getting to say, ‘I’d like to thank the Academy….’ in person OR virtually.

At this time, the Academy Awards production is a “day-to-day situation,” but there aren’t any plans to go virtual. Yikes.

On the flip side…

Outside of the ZOOM drama, the Oscars made sure to include more diversity this year. Thankfully. We all saw the race drama following the Golden Globes, so the Academy isn’t trying to go down that route.

The 93rd Academy Awards goes down Sunday, April 25th at 8pm EST. Keep it locked to the TheYBF.com for everything you need to see during this year’s Oscars. 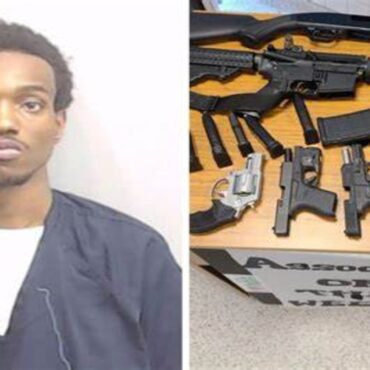 23-year-old Rico Marley was arrested Wednesday after he entered an Atlanta Publix supermarket armed with six guns and body armor. What We Know: After the incident, a witness informed authorities that they saw Marley enter the store, openly carrying a rifle, and go into the restroom. The witness proceeded to tell management, who then called the police. Authorities had already arrived on the scene by the time Marley came exited […]