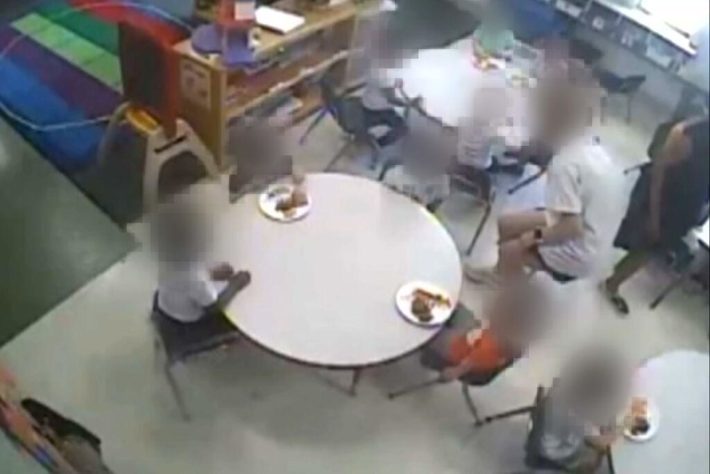 Roswell daycare is under fire after a livestream video appears to show white children being fed lunch first before all of the Black kids.

“They were skipping all of the Black kids it seemed like,” said father Adryan McCauley.

The family said they saw it happen while checking in on their 2-year-old through a video livestream for the Kids R’ Kids Roswell location.

“All the white kids got their lunch, and all the Black kids had to wait,” said McCauley, who’s son is in the picture. “From the videos and pictures that we saw today, we are just completely disturbed.”

So, the stunned family took a screenshot, then went straight to the daycare to confront the staff.

“Mom went and picked him up immediately, and the director said ‘I’m not really sure because I’m not in the classroom, maybe it’s a dietary thing,’” said McCauley.

The family doesn’t buy that explanation. They shared the story and snapshot online, igniting a social media firestorm.

“I wish that everybody would be able to see the video in entirety first and not just a snapshot,” said David Vinson, President, CEO of Kids R’ Kids.

Vinson said he’s viewed the entire video in question. The company issued the family an apology, and said they will use the incident as a training tool.

“We wanted to make sure our families know that this is not what we are about,” said Vinson.

After talking to the daycare owner today, the company is severing ties with the Roswell branch.

“Perception is unfortunately reality, and with the cancel culture, unfortunately, it’s the perception,” said Vinson.

As for the daycare, they spoke with CBS46 reporter Jamie Kennedy and gave him the following statement:

We know the act was random, and the photo doesn’t show the entire room; we believe if the parents viewed the videos they would understand. I wish they could see the compassion we have.

The only acceptable solution is that everyone involved — including the director — is relieved of their positions. 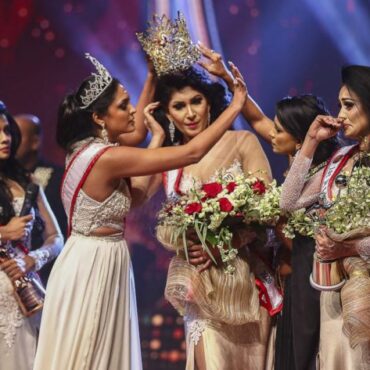 Say What Now? Mrs. World Gives Up Crown & Speaks Out After Being Arrested for Snatching Tiara Off Mrs. Sri Lanka [Video]

The pageant girls are fighting! Reigning Mrs. World, Caroline Jurie, announced on Friday that she has given up her crown amid controversy after she snatched the tiara off of Mrs. Sri Lanka  during the pageant. via People: Pushpika De Silva won Mrs. Sri Lanka, but during the crowning ceremony on Sunday, Jurie snatched the tiara off De Silvia’s head, claiming De Silva was divorced which is against the pageant’s rules. […]