“Love & Hip Hop: Miami” star Prince claims rap singer Tory Lanez assaulted him in a Miami club and he has the alleged bruises to prove it. More inside…

Tory Lanez is being accused of assault…again.

After Megan Thee Stallion sounded the alarm about how the Canadian artist shot at her, “Love & Hip Hop: Miami” star/promoter Prince Harty claims Tory reignited their beef when he punched him in the face while partying in a Miami club. Oh? Tory denies it.

So, here’s what happened according to the police report…

Last month, Tory was living it up at club Vendome on South Beach. Prince tells cops he was hanging out at his own VIP table when he was hit on the left side of his face. Earlier that night, Prince claims he was with Arizona Cardinals’ Malcolm Butler and noticed a group of people “staring” at him.

Once Prince was alone, he alleges Tory rolled up on him with an entourage and punched him on the side of his face, which resulted in him reportedly having a serious headache and swelling to his face.

Here’s footage of the alleged attack below:

Sure looks like Tory put his hands on someone.

After the incident, Prince hopped on camera to document his injuries:

TMZ has more deets about the incident below:

Prince told cops he turned around and made eye contact with Tory, who ran out of the club and took off in a Mercedes-Benz Sprinter van. Tory is named in the police report as a suspect for an alleged battery.

According to the report, Prince also told cops he went for medical treatment and the responding officer said Prince had a visibly swollen area on his left cheek.

As expected, Tory DENIES he did anything. A rep for the artist claims Tory was nowhere near Prince at the specific time he alleges the assault went down and said Prince is “obsessed” with Tory. (Sound familiar?)

Even further, the rep says there are no witnesses or footage to back up Prince’s claim — ’cause, again, Tory says it didn’t happen …

TMZ broke the story … Tory allegedly swung on Prince back in 2019 at LIV Miami, and Prince is already suing him over that, and we’re told he’s considering filing a new one for this latest claim.

We don’t even check for Tory anymore, but when a person is consistently violent – YES we will blast them. Meg already told us how Tory operates.  And she didn’t stutter.

In October, Tory was charged with one felony count each of assault with a semiautomatic firearm, personal use of a firearm, and carrying a loaded, unregistered firearm in a vehicle.

In January, the “WAP” raptress responded to false reports that claimed charges against Tory Lanez were dropped. It was fake news.

Y’all can’t tell when shit fake news? Y’all still don’t see an ABUSER picking with me ? The first court date got pushed back bc of the inauguration but I can’t wait until the MF FACTS come out ! Bitch you shot me AND MY STORY NOT CHANGING AND BITCH YOU GOING TO JAIL

“Y’all can’t tell when sh*t fake news? Y’all still don’t see an ABUSER picking with me ? The first court date got pushed back bc of the inauguration but I can’t wait until the MF FACTS come out ! B*tch you shot me AND MY STORY NOT CHANGING AND B*TCH YOU GOING TO JAIL.”

Bloop. We wonder if Tory is creating a storyline to appear on “Love & Hip Hop: Miami.” It’s not a far-fetched possibility.

In September, it’s reported Tory Lanez sued Prince over a separate 2019 alleged incident at another Miami night club. So these two are definitely not complete strangers. 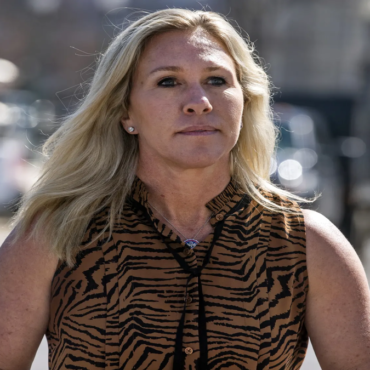