The category is SEX DUNGEON! And the “Real Housewives of Atlanta” stars came to hash everything out in the dungeon following an insane season. Get into the first sneak peek at the Season 13 reunion inside…

The stars of “Real Housewives of Atlanta” made sure to shine for the Season 13 reunion. And this season’s reunion theme was SEX DUNGEON. Latex, fishnets and feathers were all the rave for the ladies’ sitdown to hash out the issues that came up during the season.

The theme was perfect considering how the season took a wild turn during Cynthia’s bachelorette bash. More on that in a minute.

The snatchery for the reunion was real and so was the drama!

Serving up gospel vibes, Drew led the reunion in prayer, but even prayer couldn’t stop these ladies from going at it, checking one another and throwing shade.

There’s much to discuss! Porsha and Kenya are still going at it as they can’t seem to come eye-to-eye and two newbies have also been wrapped up in the drama. During the season, Drew and LaToya were seemingly building a friendship where they bonded over church/religion. However, it seems LaToya was more interested in the prophet than the actual WORD.

On last Sunday’s episode, Drew revealed she had to postpone her “baby blessing” due to a still-married LaToya getting closer than close with the spiritual advisor, Prophett Lott, who was supposed to do the blessing. Drew accused LaToya of sleeping with Prophet Lott, along with breaking up his happy home. He was supposedly engaged. Drew accused LaToya of “preying on the prophet,” so they’re at odds.

Kenya and Porsha also go AT IT after Kenya criticized Porsha’s activism.

The network did also ask Kenya and Porsha to remove their exchange on Instagram on September 12th. They didn’t think it was the best look and didn’t want to touch it. #RHOA https://t.co/rASGDmqUdS pic.twitter.com/JoeHblFO22

And there are still speculations about what actually went down during Cynthia’s bachelorette party in South Carolina. Porsha mentions she’s a single woman and can do whatever she wants…with BOLO.

Peep the first sneak peek at the “RHOA” Season 13 reunion below:

Yesterday, Porsha hopped on IG Live to address some rumors supposedly started by Kandi & Kenya. During a previous interview, Kenya apparently made claims that Porsha had BRAVO execs delete scenes of her fighting with Kandi. Porsha hopped on Live to DENY Kenya’s accusations and also talked about how she would love for them all to connect one day to support the bigger picture of women empowerment.

“RHOA” Season 13 reunion will be split into three episodes:

Reunion Part I Airs on Sunday, April 25 at 8pm ET/PT

Reunion Part II Airs on Sunday, May 2 at 8pm ET/PT

Reunion Part III Airs on Sunday, May 9 at 8pm ET/PT 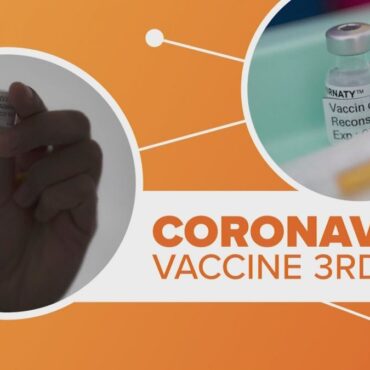 Pfizer CEO Albert Bourla announced that people would “likely” need a third dose of a coronavirus vaccine within 12 months of getting fully vaccinated. What We Know: According to CNBC News, Bourla made claims of requiring a third COVID-19 shot on April 1st, depending on the severity of mutating strains across the country. The CEO also suggested an annual COVID-19 shot to downsize the fatalities of the deadly virus. “It […]