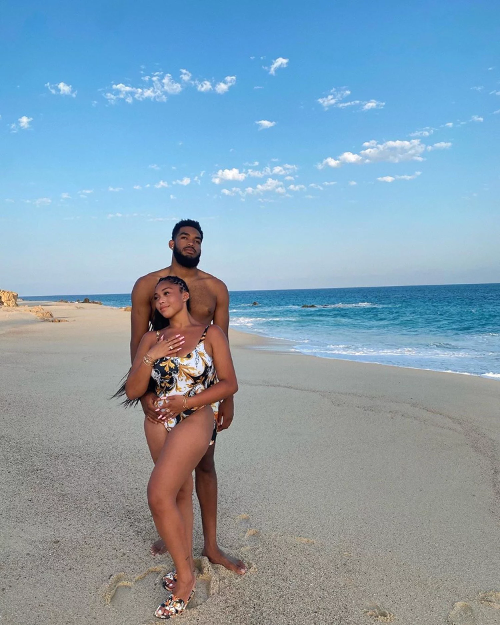 Looks like Jordyn Woods may have nabbed a keeper! Her NBA boyfriend Karl-Anthony Towns surprised her in the sweetest way on her late dad’s birthday. Get into their Black Love inside…

Y’all have been asking Ciara for the prayer she said before getting in a relationship with Russell Wilson. Now, you ladies may have to hound Jordyn Woods for the deets on HER prayer that got nabbed her NBA BAE Karl-Anthony Towns because he’s getting all of the boyfriend brownie points.

The Minnesota Timberwolves center spoiled his girlfriend on what would have been her late father’s 61st birthday. Jordyn’s dad, John Woods, was a sound engineer on the hit 90s sitcom, “The Fresh Prince of Bel Air.” Sadly, he passed away in 2017 just two weeks after he was diagnosed with cancer. To bring some joy and happiness on her dad’s birthday, he surprised her with some gifts.

In a few IG Stories posts, Jordyn shared how Karl sent a telegram with the sweetest words, along with balloons and flowers. A telegram, y’all! He clearly has mastered her love language.

”@karltowns said he was filling in the missing space for my dad not being here,” she captioned a video of all her gifts.

Jordy has been in Minnesota with Karl as he puts in work for the NBA season. We wonder if they’ll be jetting to Atlanta this weekend for All-Star Weekend. They probably won’t since he blasted the NBA for hosting All-Star Weekend due to the COVID-19 pandemic. Last April, he tragically lost his mother to the virus. Back in January, he announced he tested positive, but is now back playing on the court.

Karl Anthony-Towns on NBA having an All-Star game:

“I personally don’t believe there should be an All-Star game, but what the hell do I know?.. obviously I haven’t dealt with COVID.” pic.twitter.com/koCz2dGNeh

“I personally don’t believe there should be an All-Star Game, but what the hell do I know?,” he said sarcastically.

The couple confirmed their relationship back in September. Then, Jordyn’s birthday rolled around and Karl made sure to shower her with lavish gifts then as well. Find out everything she got HERE.

We’re here for this #BlackLove. 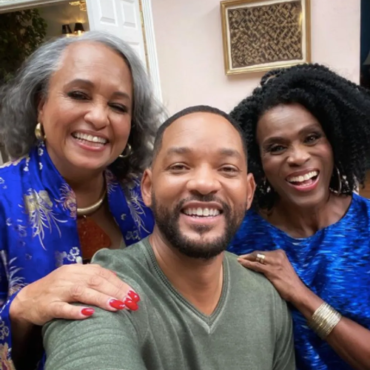 Now that Janet “Original Aunt Viv” Hubert has squashed her decades-long beef with Will Smith, the actress/dancer is opening up more about her life post-Fresh Prince of Bel-Air. Get into Janet’s candid admission inside… Before wrapping up 2020, “Fresh Prince of Bel-Air” fans got the reunion we all wanted (and needed) when the show’s star Will Smith and the original Aunt Viv, Janet Hubert, hashed out their issues. The reunion […]