Henry McCollum and Leon Brown were convicted or raping and murdering an 11-year-old girl in Red Springs North Carolina in 1983.

After 31 years of maintaining their innocence in prison, the two had their conditions overturned in 2014 and now they were just awarded $75 million from a jury in a federal civil rights case.

Jury deliberations only took five hours. They each were given $31 million dollars with $1 million representing each year the two spent in prison.

Throughout their prison time, both McCollum and Brown claimed that they were coerced into their confession as authorities took advantage of their intellectual disability. Both of their IQ scores were somewhere in the 50s at the time. They insisted that they did not understand the signed confessions at the time of their signing.

In addition to the $62 million awarded to the duo, an additionally $13 million was given in punitive damages in part due to a settlement with the Robeson County Sheriff’s Office that gave McCollum and Brown another $9 million according to The News & Observer

“Coerced confessions can never be the basis for probable cause,” said Des Hogan, one of the attorneys for the pair.

According to arguments made in court, the brothers endured more than any arguably should. While sitting on death row, McCollum watched from his cell as 42 inmates before him were executed while on death row. The trauma stemming from that led to an unsuccessful suicide attempt.

Brown on the other hand was re-sentenced to life in prison where Hogan alleged that “he was victimized in unspeakable ways.”

Outside the courtroom, emotions were running high. “I thank God,” McCollum said with tears in his eyes. “I’ve got my freedom. There’s still a lot of innocent people in prison today. And they don’t deserve to be there.”

The $75 million award is believed to be the largest sum of money awarded to a wrongfully convicted person in North Carolina history.

The sad part is we know there are hundreds — if not thousands of Henry McCollums and Leon Browns in the system. 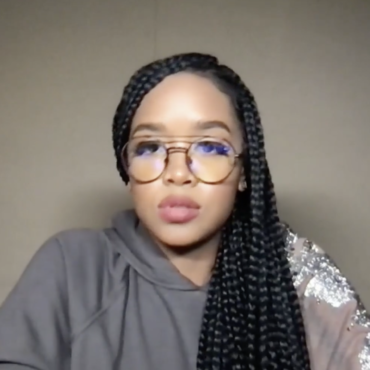 H.E.R. Reveals She Almost Made a Band With Kehlani and Zendaya [Video]

H.E.R., Kehlani, and Zendaya were almost in a band together. via Complex: In a virtual interview with Carlos Watson, H.E.R. casually disclosed this information while speaking on musicians she had met while growing up in the Cali music scene. “Dylan Wiggins, who is D’Wayne Wiggins’s son from Tony! Toni! Toné! – we used to be in a band together,” the Grammy and recent Oscar winner said. “We used to perform together when we […]