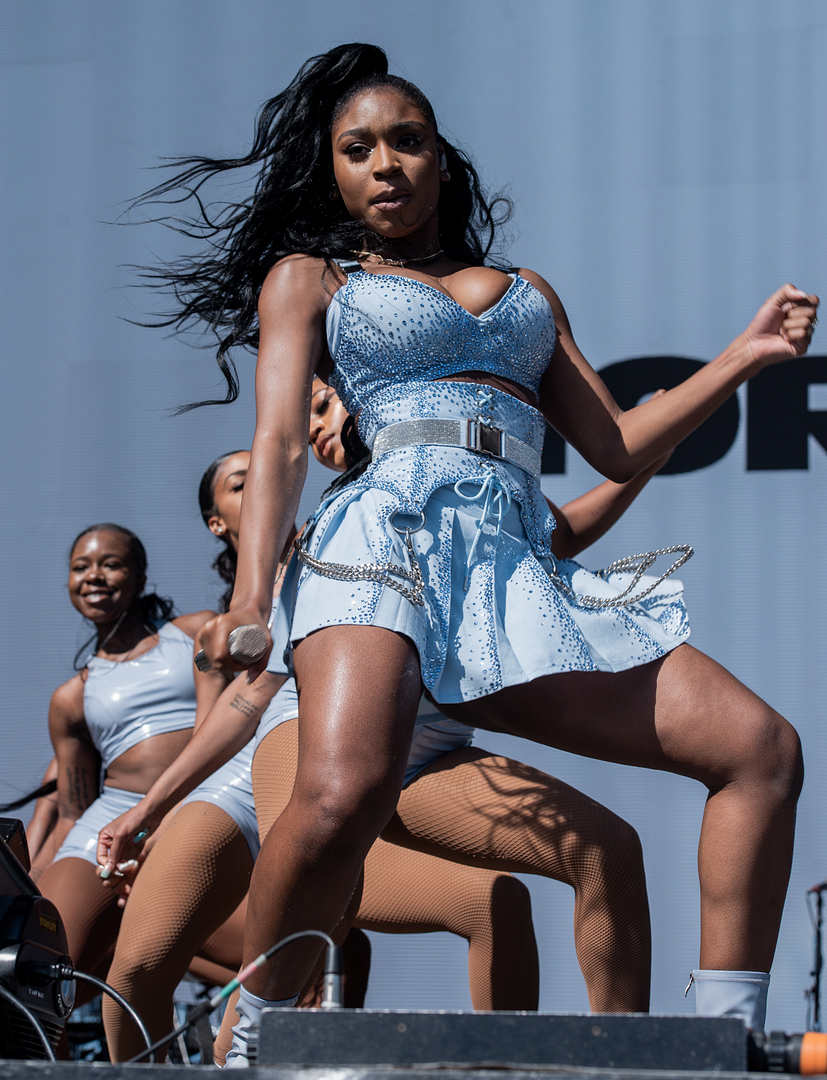 Normani shows out in Beyoncé’s Ivy Park Rodeo after revealing MTV’s Video Music Awards had not invited her to perform at this year’s ceremony. Now, fans (including Cardi B) are DEMANDING they let her perform. More inside…

Normani turns up the heat on social media with her latest IG posts where she shows off her “Wild Side” in Beyoncé’s Ivy Park Rodeo threads.

Bey sent the former Fifth Harmony singer pieces from her Ivy Park Rodeo collection and sis delivered with the promo. Shot by Blair Caldwell, the “Motivation” singer served up a few breathtaking pictorials that could have been added to the official rollout. Her skin, that bawdy & booty were perfection:

Then, she tapped into her “Wide Side” with a quick twerk session in her Ivy Park Rodeo denim shorts:

A few days ago, MTV announced the first round of performers that are set to hit the stage at the 2021 MTV Video Music Awards and Normani was not named. Cardi B – who collaborated with Normani on “Wild Side” – tweeted that she hoped the “Motivation” singer will perform during this year’s awards. Normani responded that they hadn’t hit her up yet, prompting Cardi to tag the VMAs, demanding they invite her to perform. Peep the tweets: 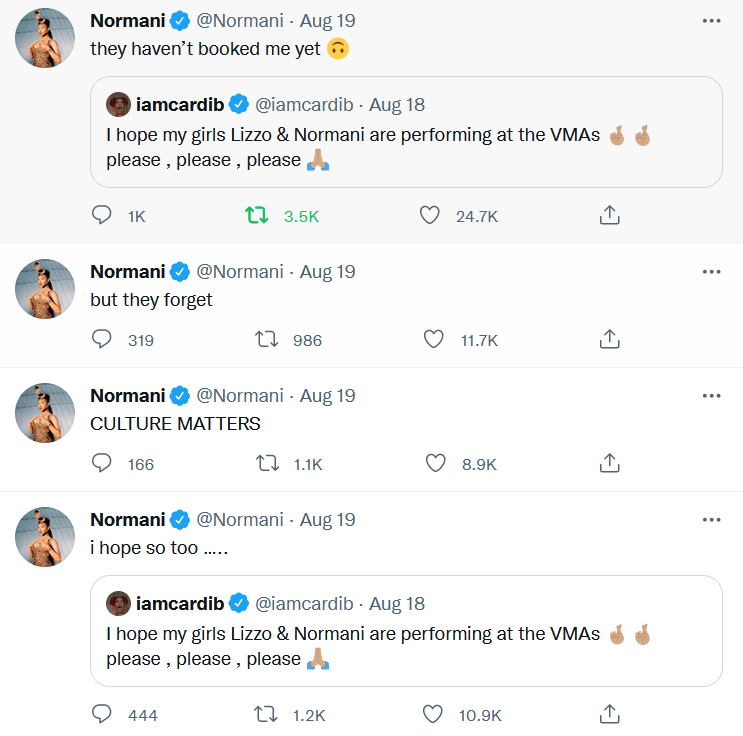 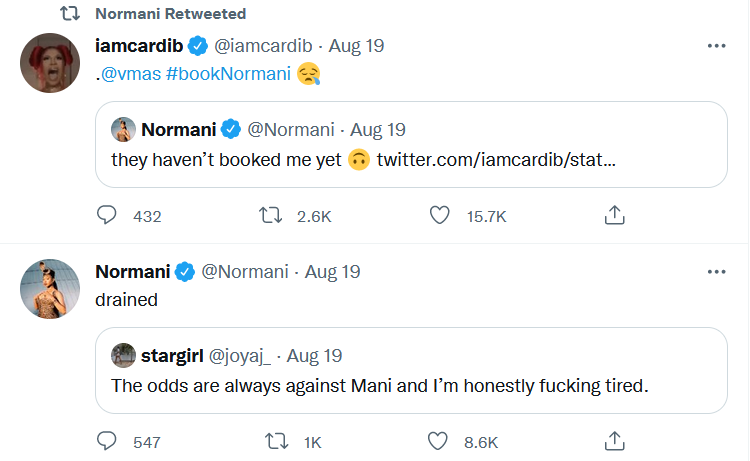 It didn’t take long before the #LetNormaniPerform hashtag and her 2019 VMAs performance started to trend:

Normani didn’t bless the VMAs just for her to not be booked #LetNormaniPerform pic.twitter.com/8XB0hT0xZF

Sis ATE that performance. You missed it? Click HERE.

By the way, Normani’s former Fifth Harmony bandmate, Camila Cabello, was announced as a performer in the first round. Hmph.

Fans have been going hard for Normani on social media to encourage producers to invite her to perform. There’s still time since they haven’t released the second round of performers, so fans are keeping their fingers crossed, us included.

The gorgeous singer covers ALLURE magazine’s September 2021 where she talks about reinventing herself, struggles she has faced as a Black woman, her upcoming solo album, and the impact she wants to have on the music industry.

“My purpose in this work that I do is for other people that feel like they have Black women figured out,” she said. “There’s so many layers to us, there’s so many textures, there’s so much that we’re capable of doing. Yes, I can throw ass. But I can also give you a proper eight-count, and I can do ballet, and I can do contemporary dance. If I want to sing this pop ballad, then you’re going to love it! While you see my Black face!”

You can read the full cover story here. 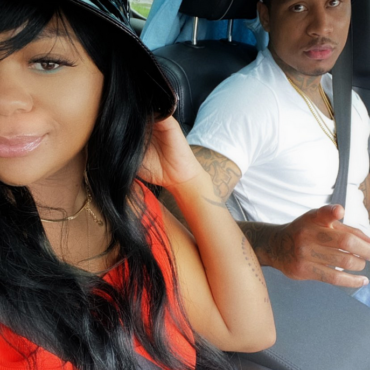 Nivea Seemingly Bags Toya Johnson’s Brother After Flirting On Social Media, And After Exposing Taken Trainer She Was Sleeping With!

Well, this is interesting, to say the least. Nivea decided to shoot her shot at Toya Johnson's brother on Instagram and it was all net. In case you didn't know, both Nivea & Toya have children with rapper Lil Wayne. Her "hookup" with Toya's brother came less than a week after she blasted her fitness trainer (who is in a relationship) for "pimping her out." A mess.... Nivea made her […]