Normani Says She Had a ‘Fear of Being Seen’ as a Child, but ‘God Clearly Had Other Plans’ [Video] 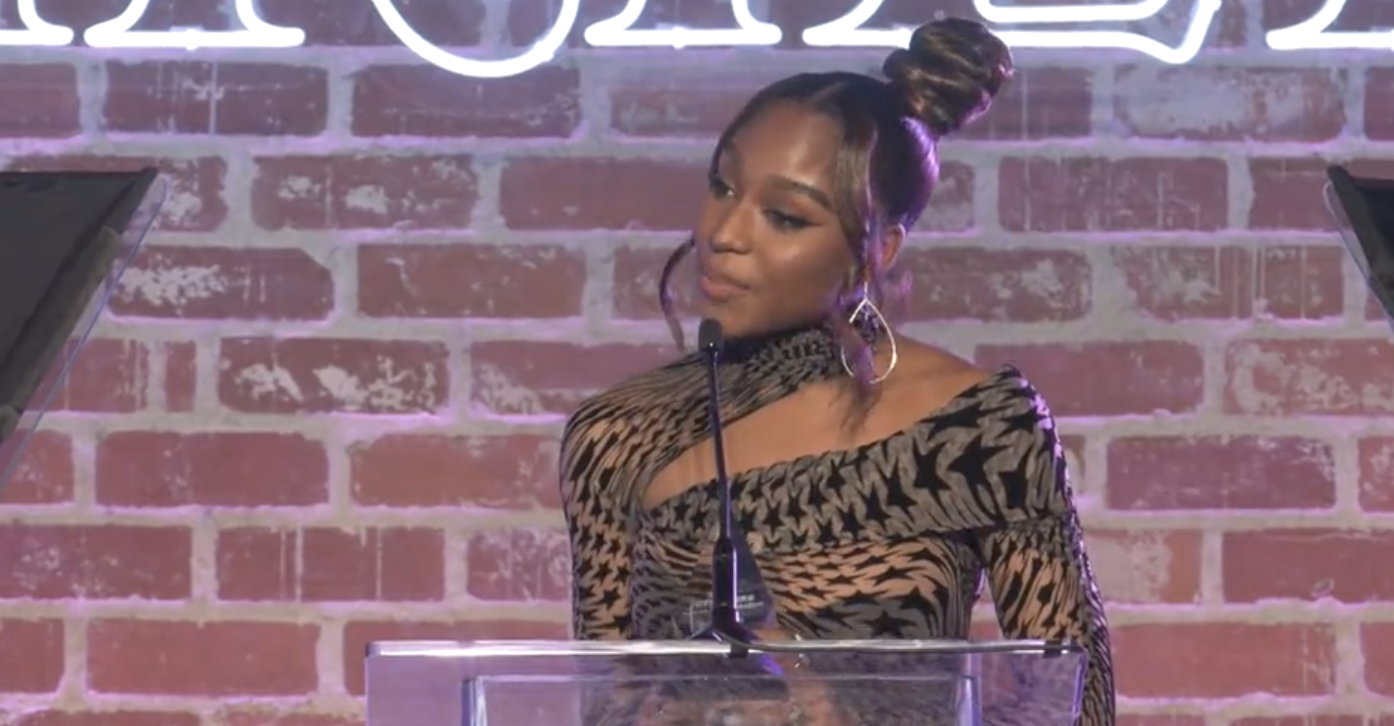 Norman took the stage to accept the Collaborator of the Year Award at Variety’s Hitmakers Brunch on Saturday and opened up a bit about her journey as an artist.

The songstress, who has teamed up with Cardi B, Megan Thee Stallion, Sam Smith, Khalid and 6lack, accepted the award from her longtime choreographer Sean Bankhead, who she said has been her “most magical collaboration yet.”

“This is really, really big for me,” the Fifth Harmony alum continued. “I’ve always felt growing up, like, really, really overlooked. And I always had this fear of being seen. My mom would always ask me, ‘Why be in a girl group?’ She’s like, ‘Is it so you can hide?’ And I really feel like God clearly had other plans for me, and he made me uncomfortable, which was good because sometimes I get so in my head and, like Sean was saying, I’m a perfectionist, and I often get in my own way a lot of the time, but I’m just really grateful for the people surrounding me…”

“And especially being a Black woman in music, this feels like a particular honor to receive recognition in this category,” she added.

Normani also spoke about celebrating her accomplishments alongside other women in the music industry.

“This past year has honestly been incredibly inspiring for me, being able to witness the power of women in our industry,” she said. “Historically, women have always been positioned against one another to compete and falsely believe that there’s only room for one of us, and I’m proud to be a part of a time where we have normalized celebrating one another, supporting each other’s endeavors and together hopefully continue to inspire future generations to do the same.”

The “Motivation” singer previously opened up about overcoming self-doubtand adjusting to her star power in Allure’s September cover story.

“I’ve always felt like the underdog in anything that I’ve ever done,” Normani told the magazine, referring to her time as a member of Fifth Harmony. “I felt like I was overlooked. That idea has been projected on me. Like, this is your place.”

However, she said she was getting to a point in her career where she feels stronger in her artistry, especially after her solo success.

“I’m reinventing myself,” she said. “Now you all are finally going to be able to see me tap into that awareness — that I know I’m the s—.”

Normani also looked back at her upbringing — from her roots in New Orleans to her time in Houston following Hurricane Katrina — saying that growing up, although she sometimes faced bullying at school, she knew she was beautiful in her Black skin.

“I grew up feeling beautiful. My mom, my dad, my grandmother instilled in me at a very early age that I was beautiful,” she said. “The fact that my skin was chocolate was a beautiful thing. My kinky hair was beautiful. I don’t need to straighten it. I can rock my braids to my all-white school.”

“I did get bullied a lot. Not feeling like I had that representation at school was very hard,” she added.

The songstress also opened up about working on her debut solo album, confessing that her perfectionism “slowed down” her music-making process.

In another interview, Normani said we can expect her debut album around Summer 2022. She said the same thing in 2019, so take that with a grain of salt — but we’re looking forward to it!

.@Normani gives a heartfelt speech: “This is really, really big for me. I’ve always felt, growing up, really overlooked… My mom would ask me, ‘Why do you want to be in a girl group? Is it so you can hide?’ … God clearly had other plans for me.” https://t.co/7QR2TgXz7c pic.twitter.com/KNoJpNKcgP

The post Normani Says She Had a ‘Fear of Being Seen’ as a Child, but ‘God Clearly Had Other Plans’ [Video] appeared first on LOVEBSCOTT. 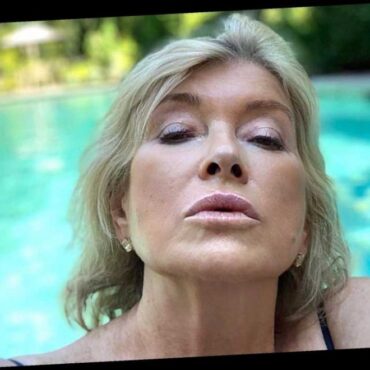 Martha Stewart Confirms She Has a Boyfriend

Martha Stewart has a new man in her life. via Page Six: The business mogul is currently in a relationship, though she wouldn’t reveal any additional details during her Thursday night interview on “Watch What Happens Live,” as reported by People. “No,” she told host Andy Cohen, before clarifying, “I shouldn’t say no. I mean yes, but I’m not going to tell you.” The 80-year-old kept her lips zipped about […]