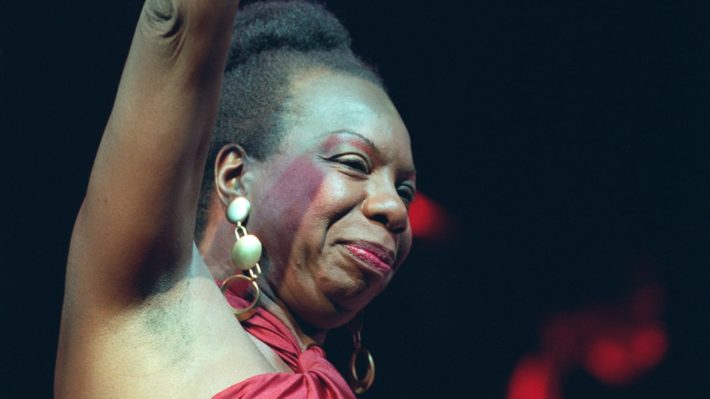 Nina Simone’s daughter and grandchildren have declared they will no longer be silent, claiming her estate had been “taken away” from them and they are placing the blame on Vice President Kamala Harris.

via: The Daily Beast

“Everyone’s coming at @ChloeBailey for her performance…But what y’all don’t understand is that grandma was a free-spirited woman herself,” RéAnna tweeted. “She would’ve loved that performance as much as I do! Relax. Chloe killed it.”

“Grandma was unapologetically herself,” she added in a follow-up tweet. “She was a muhhhfuckin badass woman who did what she wanted when she wanted. She was a sexual woman and she expressed that. Educate yourselves! If grandma could, she probably would’ve done that performance herself.”

Still scrolling through comments about Simone and her legacy, RéAnna came across a tweet questioning why her estate would make a Twitter account for the singer years after her death in 2003—and she decided it was finally time to air her grievances.

“We as her family don’t run her estate anymore,” the 22-year-old declared. “It was taken away from us & given to white people. Our family name was DRAGGED in the media. We get NO royalties, nothing. Wanna hold someone accountable? Ask Kamala Harris why she came for my family.”

Nina’s granddaughter here. My family doesn’t run her estate anymore. It was taken away from us & given to white people. Our family name was DRAGGED in the media. We get NO royalties, nothing. Wanna hold someone accountable?Ask Kamala Harris why she came for my family #NinaSimone https://t.co/mMXOz7iLxn

The iconic jazz singer’s family gripe with Harris goes back to 2013, when Harris was serving as California’s Attorney General. After Simone’s death, Kelly was made the administrator of her estate, as well as a charitable trust that Simone had established. It was Simone’s last wish for the charity to support the musical education of Black children in Africa.

But in 2013, Kelly was accused of “breaching her fiduciary duty” to both the estate and trust, allegedly draining up to $2 million from its coffers, including a $1.5 million deposit into her personal company, according to court records reviewed by The Daily Beast.

Harris oversaw the case and came down hard on Kelly, at one point wanting to surcharge her nearly $6 million, plus more than $2.5 million in interest. Eventually, the parties came to an agreement: Kelly was stripped of her title of estate administrator and agreed to relinquish her rights to Simone’s works. She also was barred from saying or implying that she had any affiliation with her mother’s legacy and estate.

This never sat right with Kelly and her children, with RéAnna ripping into Harris in her tweetstorm, accusing the politician of separating her family, taking away their family’s rights, and leaving the estate in shambles.

My grandmother created something beautiful with her life while she was here on this earth, even through all her pain. I am SO PROUD of her legacy!! I am so proud to be her grandchild. But I feel separated from my legacy. As if it isn’t even mine. Let me explain

My grandmother is influencing the masses (as she should!!). I see her on billboards. I see artists covering her music. It breaks my heart to know that white people are making money off of grandmas hard work and that we have had all of our rights as her family STRIPPED from us!!

RéAnna said Harris twisted the knife even further when John Legend performed “Feeling Good” on the night of the inauguration for President Joe Biden and Harris.

“My grandmother created something beautiful with her life while she was here on this earth, even through all her pain,” RéAnna concluded. “I am SO PROUD of her legacy!! I am so proud to be her grandchild. But I feel separated from my legacy. As if it isn’t even mine.”

On Saturday, Kelly took to Instagram to stand by RéAnna, proudly saying she had “started a fire.”

“I support everything she said,” Kelly said. “She’s speaking her truth; she’s speaking the truth of our family.”

“While I may not be able to speak on certain things, those close to me who witnessed the happenings firsthand are choosing to step forward with the Truth,” she added in her caption. “For those who believe everything they read in the media, you have been misled.”

“It’s very frustrating,” Kelly’s son Alexander Simone told The Daily Beast, clarifying that while his mother has some say in Simone’s estate, the family is largely excluded from any conversations about projects involving Simone. When Zoe Saldana was cast to play Simone in a biopic about her life in 2016’s Nina, the family was outraged, having no say in the matter.

Alexander declined to clarify who exactly was in control of the estate. When Kelly resigned as administrator, the court appointed Los Angeles-based San Pasqual Fiduciary Trust Company as Special Administrator of the estate, as well as making the firm the trustee of Simone’s charitable trust.

“Nothing comes back to us,” he explained. “Nothing, no recognition. We kind of get overlooked. It’s sad, but it’s been happening so long that we’ve learned to live around it. Everybody else is benefiting off our family name, and nothing was really coming to the family.”

“As far as royalties or anything that has to be done, it doesn’t come back to us. It goes directly to the estate. It’s hard sometimes to fight a battle that they tried to make. It shouldn’t be a battle at all.”

If a crime wasn’t committed in the first place, Kamala would have never been involved. 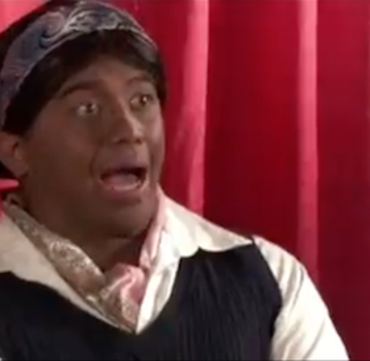 Honolulu Councilman Reposts Video of Himself in Blackface on Instagram

Another day, another politician gets busted for wearing Blackface in their past. Read more...