Nikole Hannah-Jones Explains EXACTLY Why She Rejected UNC Tenure Offer For Howard – ‘Why Work For A School Named For A Man Who Lobbied Against Me?’ 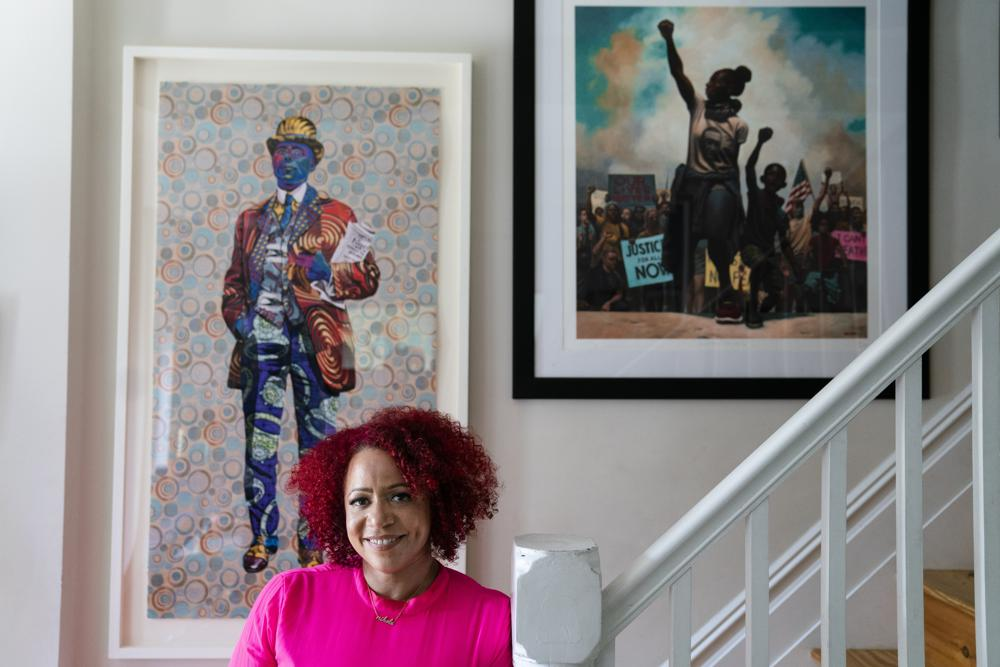 Pulitzer​-winning journalist Nikole Hannah-Jones pulled off an academic flex that’s making waves. She recently rejected a tenured position at the University of North Carolina and will be accepting a role at Howard University instead.

If this wasn’t the biggest academic flex! And we LOVE to see it.

Pulitzer​-winning journalist Nikole Hannah-Jones is all the talk after she rejected a tenured position at the University of North Carolina and will be accepting a role at Howard University instead. The Black investigative journalist will now become a tenured member of the faculty at the historically Black university’s Cathy Hughes School of Communications.

The UNC alumna will take on the role as the inaugural Knight Chair in Race and Journalism and will begin her faculty role this summer.

There was drama before she announced she was rejecting the UNC tenure to take her talents to an HBCU.

In her own words, Hannah-Jones explained how the “powers that be” lobbied to make sure she would never receive a tenured position at UNC. The UNC Board of Trustees’ initial decision NOT to offer her a tenure raised concerns about discrimination, which ignited protests and backlash on campus and across the nation. Then, they ended up offering her a tenure and she turned it down in the most epic way possible.

“Being asked to return to teach at Carolina had felt like a homecoming; it felt like another way to give back to the institution that had given so much to me. And now I was being told that the Board of Trustees would not vote on my tenure and that the only way for me to come teach in the fall would be for me to sign a five-year contract under which I could be considered for tenure at a later, unspecified date,” she wrote.

“By that time, I had invested months in the process. I had secured an apartment in North Carolina so that I would be ready to teach that January. My editors at The New York Times had already supplied quotes for the press release of the big announcement. I did not want to face the humiliation of letting everyone know that I would be the first Knight Chair at the university to be denied tenure. I did not want to wage a fight with my alma mater or bring to the school and to my future colleagues the political firestorm that has dogged me since The 1619 Project published. So, crushed, I signed the five-year contract in February, and I did not say a word about it publicly.

“But some of those who had lobbied against me were not satisfied to simply ensure I did not receive tenure. When the announcement of my hire as the Knight Chair came out at the end of April, writers from a North Carolina conservative think tank called the James G. Martin Center railed against the university for subverting the board’s tenure denial and hiring me anyway. The think tank had formerly been named after Art Pope, an influential conservative activist who now serves on the UNC Board of Governors, who had helped birth the center. The article questioned how I had been hired without the Board of Trustees approval, and its writer argued that, because the university hired me anyway after the board stymied my tenure, the Board of Governors “should amend system policies to require every faculty hire to be vetted by each school’s board of trustees.” And yet, when that article was published, it had not been made public that I had been hired without the board approving my tenure or my hire. Even faculty at the journalism school were not aware that I had not been considered for tenure and would not learn this until some days later.”

Due to political interference and pressure by conservatives, Hannah-Jones said she was told she was denied consideration for tenure and instead was offered a five-year contract.

“These last few weeks have been very dark. To be treated so shabbily by my alma mater, by a university that has given me so much and which I only sought to give back to, has been deeply painful,” she wrote.

The creator of the “1619 Project” said she couldn’t work for a school that tried so hard to discredit her hard work.

“I cannot imagine working at and advancing a school named for a man who lobbied against me, who used his wealth to influence the hires and ideology of the journalism school, who ignored my 20 years of journalism experience, all of my credentials, all of my work, because he believed that a project that centered Black Americans equaled the denigration of white Americans. Nor can I work at an institution whose leadership permitted this conduct and has done nothing to disavow it. How could I believe I’d be able to exert academic freedom with the school’s largest donor so willing to disparage me publicly and attempt to pull the strings behind the scenes? Why would I want to teach at a university whose top leadership chose to remain silent, to refuse transparency, to fail to publicly advocate that I be treated like every other Knight Chair before me? Or for a university overseen by a board that would so callously put politics over what is best for the university that we all love? These times demand courage, and those who have held the most power in this situation have exhibited the least of it.

“The Board of Trustees wanted to send a message to me and others like me, and it did. I always tell college students and journalists who are worried that they will face discrimination, who fear that they will be judged not by their work but for who they are or what they choose to write about, that they can only worry about that which is in their own control: their own excellence. I tell them all they can do is work as hard as possible to make themselves undeniable. And yet, we have all seen that you can do everything to make yourself undeniable, and those in power can change the rules and attempt to deny you anyway.

Every professor who came before her who entered the position of Knight Chair was offered a tenure.

“Every Knight Chair at the University of North Carolina at Chapel Hill since the 1980s has entered that position as a full professor with tenure. And yet, the vote on my tenure had to be forced by weeks of protests, scathing letters of reprimand, the threat of legal action and my refusal to start July 1 without it. Even then, the Board of Trustees had to be led to this vote by its youngest member, Lamar Richards, the student body president who publicly demanded the special meeting. The board then chose to wait to vote until the last possible day at the last possible moment,” she shared.

Instead of working for an institution who obviously doesn’t value her talent and skill, she’s going where she’ll be appreciated. She’s OVER forcing herself in spaces where she’s not wanted.

“But I also get to decide what battles I continue to fight. And I have decided that instead of fighting to prove I belong at an institution that until 1955 prohibited Black Americans from attending, I am instead going to work in the legacy of a university not built by the enslaved but for those who once were. For too long, Black Americans have been taught that success is defined by gaining entry to and succeeding in historically white institutions. I have done that, and now I am honored and grateful to join the long legacy of Black Americans who have defined success by working to build up their own.”

“For too long, powerful people have expected the people they have mistreated and marginalized to sacrifice themselves to make things whole. The burden of working for racial justice is laid on the very people bearing the brunt of the injustice, and not the powerful people who maintain it. I say to you: I refuse.”

You can read more of her official statement here.

Hannah-Jones chopped it up with “CBS This Morning” co-anchor Gayle King about not being responsible for teaching white people not to be racist.

JUST IN: Award-winning journalist @nhannahjones reveals on @CBSThisMorning she has declined the University of North Carolina’s offer for tenure and will be the inaugural Knight Chair in Race and Reporting at @HowardU. pic.twitter.com/w9j0gVe0cd

“It’s not my job to heal the University of North Carolina,” she said. “That’s the job of the people in power who created this situation in the first place.”

More than 30 faculty members of the UNC Hussman School of Journalism and Media released a statement where they dubbed the institution’s actions as “racist”:

While disappointed, we are not surprised. We support Ms. Hannah-Jones’s choice. The appalling treatment of one of our nation’s most-decorated journalists by her own alma mater was humiliating, inappropriate, and unjust.

We will be frank: it was racist.

Our school highly regards Ms. Hannah-Jones’s work, ability, and achievements. We regret that the top echelons of leadership at UNC-Chapel Hill failed to follow established processes, did not conduct themselves professionally and transparently, and created a crisis that shamed our institution, all because of Ms Hannah-Jones’s honest accounting of America’s racial history. It is understandable why Ms. Hannah-Jones would take her brilliance elsewhere.

And that’s that on that.

Howard University is proud to announce Nikole Hannah-Jones & Ta-Nehisi Coates will join the HU faculty to help educate the next generation of black journalists. The appointments are supported by nearly $20 million donated by four donors.

Ta-Nehisi Coates will join Nikole Hannah-Jones at the historically Black university – which he attended in the ’90s – as faculty. He will become the Sterling Brown Chair in the Department of English at the university’s College of Arts and Sciences.

UNC messed up big time on this one! 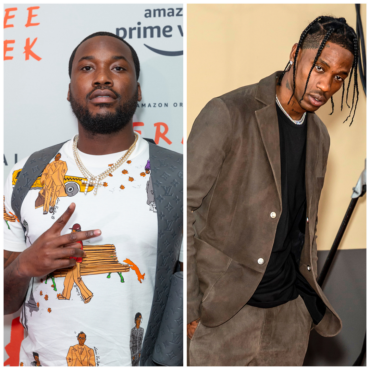 A shouting match between Meek Mill and Travis Scott allegedly shut down 76ers co-owner Michael Rubin's 4th of July bash in The Hamptons. Find out what happened inside... [UPDATE]:           View this post on Instagram                       A post shared by TheYBF (@theybf_daily)   Here's the video footage of Meek Mill & Travis Scott's screaming match outside […]