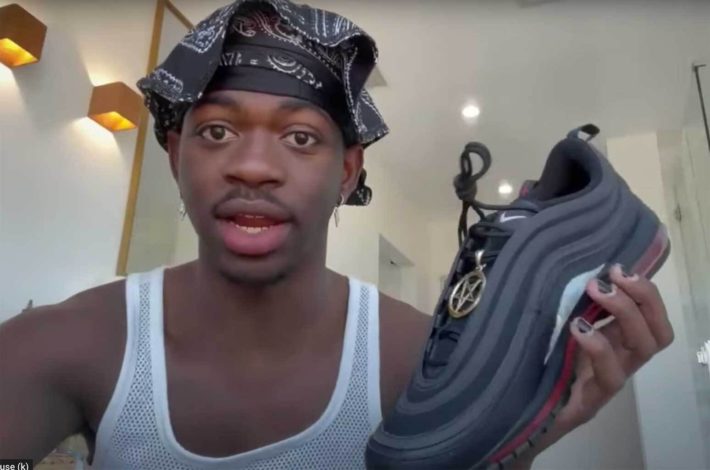 Nike has been forced to come out and deny directly collaborating with rapper Little Nas X on his controversial “Satan Shoes” — which feature a drop of human blood and demonic imagery.

“We do not have a relationship with Little Nas X or MSCHF,” Nike told NBC in a statement. “Nike did not design or release these shoes and we do not endorse them.”

The “Old Town Road” singer raised hell over the weekend when he released a devilish version of Nike’s classic Air Max ’97 sneakers, featuring the symbol “x/666,” red ink and a single drop of human blood.

The $1,018 kicks, made in collaboration with the company MSCHF, also display Bible scripture from Luke 10:18, which references Satan’s banishment from heaven.

But Little Nas X and Nike caught heat for the fiery fashion statement on Palm Sunday, prompting the firm to distance itself from the product, NBC reported.

In his new video, “Montero (Call Me By Your Name),” Lil Nas X falls into hell and gives the devil a lap dance after leaving the Garden of Eden.

All this hoopla over some shoes? That’s what you call marketing! 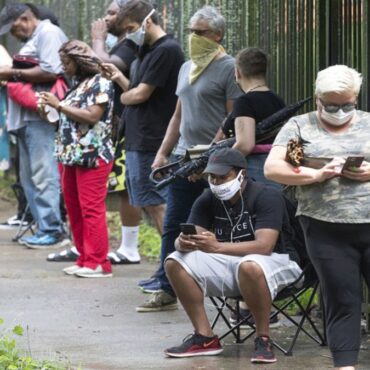 The Georgia bill was signed into law on Thursday by Governor Brian Kemp. What We Know: Supporters of the bill suggest that it is intended to ensure election integrity. Currently, more than 250 voter suppression bills have been introduced this year by republican lawmakers in 43 states. Iowa has already passed a bill that limits absentee balloting and voting hours. Texas is also laying out steps to cut voting hours […]