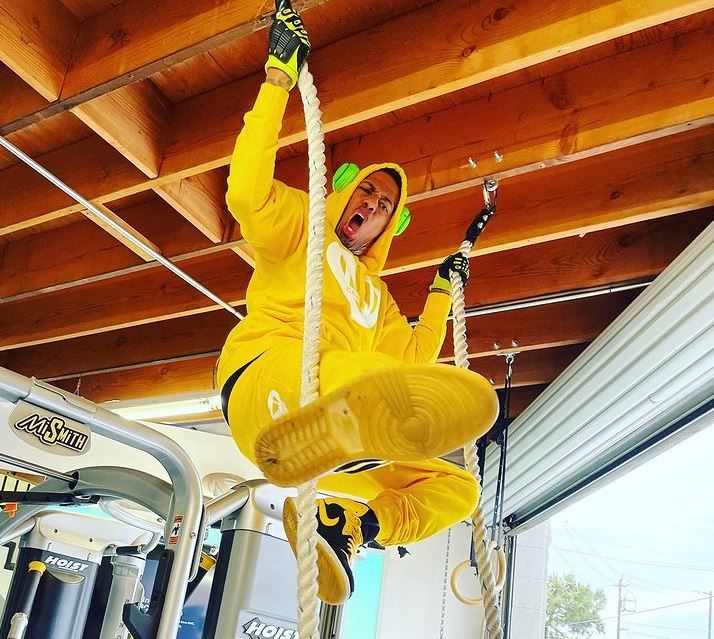 Nick Cannon has tested positive for COVID-19, which means he can’t host the first few episodes of “The Masked Singer” show’s fifth season. Producers have tapped Niecy Nash to fill in.

Deets on Nick’s condition, plus what he’s cooking up with comedienne Tiffany Haddish inside…

COVID-19 is still very real and still infecting Americans at an alarming rate as vaccine doses are being distributed.

Nick Cannon has reportedly tested positive for COVID-19. This is a super scary situation for the 40-year-old TV personality as he also has Lupus, which is a chronic autoimmune disease that occurs when your body’s immune system attacks your own tissues and organs. People with certain chronic conditions are at increased risk for severe COVID-19 symptoms.

While Nick recovers, producers have tapped “Claws” actress Niecy Nash to fill in for Nick. The EMMY nominated actress will serve as guest host until Nick is ready to get back to work. According to one of Nick’s reps, he’s currently “in quarantine and resting.” Producers expect Nick to return to the series later in the season. She’s a good fit for the show.

Production for Season 5 of “The Masked Singer” begins today.

Prayers up Nick Cannon – who welcomed his 4th child right after Christmas – has a speedy recovery!

Nick Cannon and Tiffany Haddish are READY to launch a new entertainment community.

The “Wild ‘N Out” honcho, the Girls Trip actress and more than 170 Black and Jewish leaders from the entertainment industry have come together to launch a joint initiative to counter racism and antisemitism in the industry.

“Film and art have always been about giving those unjustly attacked and marginalized a voice. As two communities that have long been targeted simply for who they are, the Black and Jewish communities are stronger when we stand together,” said director/producer Antoine Fuqua (Training Day, The Equalizer) in a written statement.

The group’s unity statement – found on The Alliance’s website – states:

“We acknowledge that the Black and Jewish communities have a shared history of subjugation and persecution.

“We recognize that the Black community in America has faced a history of racism that continues to this day, while the Jewish community is currently encountering record levels of antisemitism, which affects both group’s [sic] sense of fear, vulnerability, and self-worth.

“As members of the entertainment community, we pledge to work to bring our two communities together in solidarity, to support one another in our struggles, and to better understand each other’s plight and narratives.

“In the spirit of Martin Luther King Jr., Rabbi Abraham Heschel, and the many Blacks and Jews who stood together in the fight for civil rights, we come together to support each other in the struggle against hatred and bigotry.

“In the words of the late John Lewis, “’We are one people, one family, the human family, and what affects one of us affects us all.’”

It appears Mr. NCredible is trying his hardest to make things right after his dust up with the Jewish community over the summer. You’ll recall, Nick was fired by ViacomCBS over “hateful” antisemitic comments he made during an episode of his podcast, “Cannon’s Class.”

The father-of-four issued an apology for the controversial comments after speaking with prominent rabbis to seek the truth.

A week ago, Nick let his fans in on a gospel-themed training session:

Chad Wheeler’s girlfriend spoke out in court to share how fearful she is of the NFL lineman. And with good reason. Details about what she said in court and his Hawaii travel request inside… The (former?) girlfriend of ex-Seattle Seahawks lineman Chad Wheeler is concerned for her safety after she was brutally attacked to point of unconsciousness. On January 23rd, Chad Wheeler was arrested on suspicion of domestic violence following a violent, physical altercation with his girlfriend. The woman’s full […]