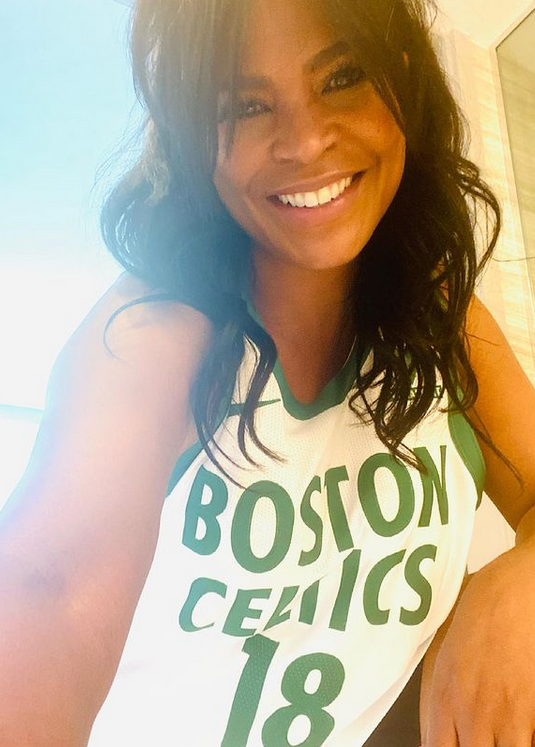 From actress to basketball fan! Actress Nia Long is stanning out after her fiance Ime Udoka snagged the head coaching gig for the Boston Celtics. More inside…

The reason? Well, she has a good one. Her fiancé, Ime Udoka, just nabbed the head coaching position for the Boston Celtics. The Best Man actress hopped on Instagram to celebrate her man’s new gig by rocking a symoblic Celtics No. 18 jersey in a cute selfie.

“I like the number 18. The legacy continues @celtics,” she captioned her post, with the hashtag, #coachudoka18, noting her future husband will chase the storied franchise’s 18th title. Noice!

The goal is simple pic.twitter.com/RcZKodY1Vd

The 43-year-old former NBA baller told the media during a press conference that he hopes to bring the city a championship and said he’s ready to push Boston’s young stars in Jayson Tatum and Jaylen Brown. Check it:

A post shared by Dirty Water Tees | For Boston (@dirtywatertees)

Before landing in Boston, Ime Udoka was an assistant with the Brooklyn Nets before he joined the Celtics. He previously spent seven seasons as a Spurs assistant, from 2012-2019, under coach Gregg Popovich.

Late last night, unconfirmed and non-credible reports came out that said Hip Hop pioneer Biz Markie had died. Now, his family is addressing the rumors, letting fans know he's still alive. More inside... If you hopped on Twitter or Instagram late last night, then you likely saw the R.I.P. posts that indicted rap ioneer Biz Markie had passed away. However, the rumors are NOT true. Several media outlets -  including REVOLT which is owned by Diddy (whom one would think […]