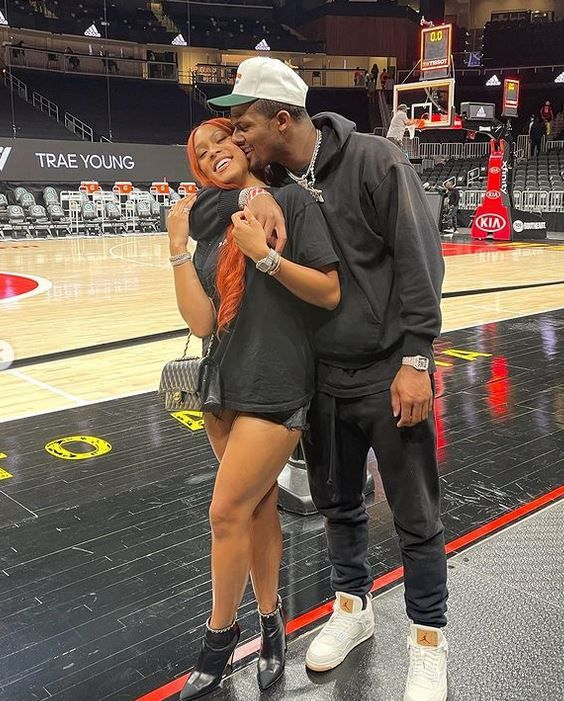 Houston Texans quarterback Deshaun Watson is responding to the 22 sexual misconduct lawsuits filed against him, denying them ALL.

Attorneys for the football star filed paperwork in response to the sexual misconduct allegations made against him. The women allege the Texas quarterback forced sexual contact with them during massage sessions in 2020 or earlier this year.

Deshaun Watson’s legal team was filed its response to the 22 civil lawsuits accusing him of sexual misconduct and sexual assault.

Here’s the summary of the response: pic.twitter.com/9M90kE2GOF

“Today we answered the lawsuits filed against our client Deshaun Watson. Mr. Watson has been adamant that he did not engage in any improper conduct and we strongly believe him,” Watson’s attorney, Rusty Hardin, said in a statement. “Therefore, the answer to the question of whether we are saying that all 22 plaintiffs are lying about the allegations of sexual misconduct by Mr. Watson is a resounding yes.

“We and Mr. Watson take allegations of sexual misconduct against women very seriously, as we all should. We have waited to respond to the numerous allegations made by Mr. Buzbee and his clients until we could responsibly investigate. In the few days since his accusers’ names have been revealed, as was required by Texas law, we are discovering an avalanche of false accusations.

“… I hope everyone will take a fair and measured look at these accusations as we go forward in these cases. We certainly welcome anyone with relevant information to contact us.”

Deshaun’s attorney acknowledged the NFL player did in fact have sexual encounters with some of the women, but he was adamant everything between Deshaun and the women was completely consensual.

Last month, a masseuse filed a sexual assault lawsuit against the 25-year-old NFLer, accusing him of putting his genitalia on her during a massage. Now, a total of 22 women have made sexual misconduct allegations against the NFL star.

Prominent Houston attorney Tony Buzbee announced he was filing the lawsuit against DeShaun on behalf of the masseuse and the other civil lawsuits against the quarterback.

One of 23 lawsuits originally filed against Watson was recently dropped by a plaintiff “in light of privacy and security concerns,” as Bishop reported. But the rest of them, the first of which was filed back on March 16, are “replete with mischaracterizations” of Watson’s character, Hardin said in this week’s response to the lawsuits.

“These range from being misleading, to fraudulent, to slanderous,” Hardin’s filing states, per Bishop. “Importantly, only two of the 22 lawsuits allege that Mr. Watson forced any type of sexual activity — an allegation Mr. Watson again vehemently denies.”

Hardin’s comments come less than two weeks after the attorney said Watson did have “some consensual encounters” with accusers, all of which allege misconduct by Watson during private massage therapy sessions, most of them booked via social media. But his newest statement redirects most of the attention to alleged fabrications within accuser testimonies.

After eight of the plaintiffs massaged Watson, Hardin’s statement reads, each of them “bragged about, praised, and were excited about massaging Mr. Watson.” His response also claims seven plaintiffs “willingly worked or offered to work with Mr. Watson after their alleged incidents,” three others “lied about the number of sessions they actually had” with the QB, and five others “told others they wanted to get money out of” Watson.

“It was not until the plaintiffs saw an opportunity for a money grab,” Hardin said Monday, per ESPN, “that they changed their stories to convert therapy sessions they bragged about to friends and family to something much more nefarious … Mr. Watson has been adamant that he did not engage in any improper conduct and we strongly believe him.

Therefore, the answer to the question of whether we are saying that all 22 plaintiffs are lying about the allegations of sexual misconduct by Mr. Watson is a resounding yes.” Plaintiffs attorney Tony Buzbee, meanwhile, has already responded to Hardin’s filing by reiterating support for the accusers.

“Watson can’t deny he sought out an unusually high number of women for massages on Instagram; he doesn’t deny he insisted on being nude or nearly nude; he can’t deny the massage sessions occurred; he can’t deny he wanted more than a ‘massage’; and he hasn’t credibly denied that something bad happened during the session — he instead claims that any sexual acts were consensual,” Buzbee said, as ESPN reported. “Of course his definition of ‘consent’ doesn’t comport with that of everyone else. I have faith that the court process will sort out the truth as these matters progress.” Watson remains under investigation by the NFL for the alleged incidents, with league spokespeople calling the allegations “deeply disturbing.”

Deshaun’s girlfriend Jilly Anais – who’s been dating the Texans QB for the last few years – doesn’t seem to be going anywhere despite the sexual misconduct allegations: 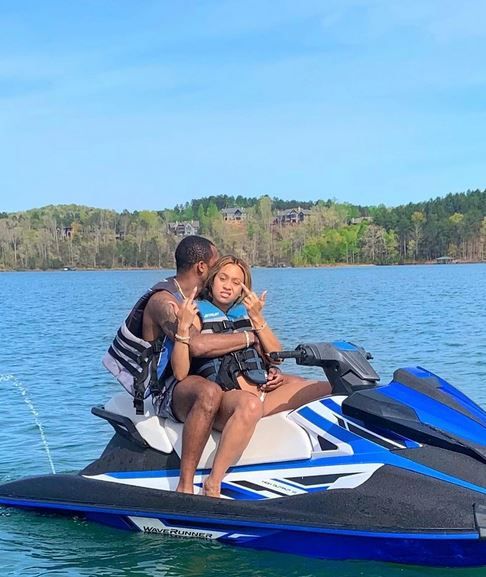 Deshaun’s girlfriend Jilly is clearly being his ride or die during the sketchy situation. She shared flicks from a trip with Deshaun amid the scandal that broke last month. In the flicks, Jilly & Deshaun are together on a jet ski where Jilly flips the bird to the camera. It’s the first time fans have seen Deshaun since the drama popped off last month.

She’s not going anywhere any time soon – despite him at the very least admitting to cheating on her multiple times – and she wants everyone to know it. OK, girl.