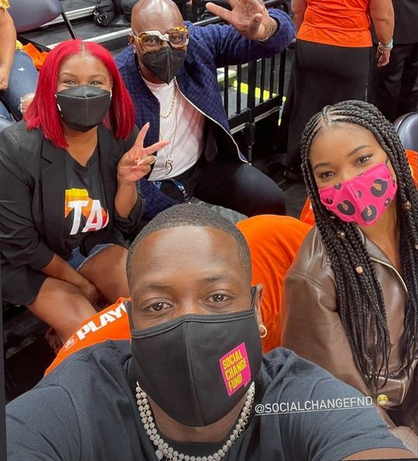 New Utah Jazz minority owner Dwyane Wade is sharing his expertise with the younger generation of ballers. Utah Jazz guard Donovan Mitchell served up one of his best playoff performances thanks to some coaching from retired NBA baller D. Wade.

Deets on how D. Wade helped the Jazz secure Game 1 from the sidelines inside…

Life after the NBA is still all about the NBA for Dwyane Wade.

It’s been a successful year for D. Wade as he became a minority owner of the Utah Jazz. And not only is her part owner, he’s on the sidelines giving real-time coaching gems while sitting next to his wife, Gabrielle Union.

It appears D. Wade’s guidance is helping. Jazz guard Donovan Mitchell served up one of his best playoff performances in Game 1 as he and his team went up against the LA Clippers…and won. The final score was 112 – 109. So, it seems D. Wade’s presence at games is major key for the team.

After the game, Donovan Mitchell talked about being grateful to have D. Wade on the sidelines to help guide him:

“It’s great to have someone that I call my brother being part of this organization.” – @spidadmitchell on @DwyaneWade

“It’s great to have someone that I call my brother sitting courtside, being part of this organization just trying to help me out and find ways to improve and not just for myself but finding ways with the team,” Donovan said.

It was a historic night for Donovan as it marked his fourth 40-point playoff game, tying him with Jazz legend Karl Malone for the most in franchise history. Sweet.

In a recent piece for GQ, the NBA Finals MVP shared how he’s excited about giving back to the younger generation of players, including his “little brother” Donovan Mitchell.

“That’s my little brother. I’ve definitely taken a big brother role in his life. To have that relationship with him and to know it’s going to continue, it feels good. It feels right. It’s so cool, man. I get to continue to impart my knowledge of the game to him. He’s already 24 years old and he’s got a lot more growth to do and he’s already a critical player in our league. So, I’m excited about giving back whatever I’ve learned to him so his career will be greater than mine ever was. And that’s the goal, you’ve got to make sure the generations to come are greater. Right? That’s how the game moves forward.”

The future Hall of Famer also addressed crazed fans’ actions, which some say are rooted in racism:

GQ: You said yourself that there aren’t that many Black people in Salt Lake City. We’ve recently seen these racist fan reactions coming from places like Philly, New York, Boston and Salt Lake. Ja Morant called what happened to his family when the Grizzlies played the Jazz in the first round of the playoffs “inappropriate shit.” What do you make of the last three years of public dissension at NBA games, which dates back to an altercation between Russell Westbrook and a Utah fan in 2019?

D. Wade: Every arena has a small group of people who get a little bit unruly, who get a little bit too much into the game. It is in every arena. And I’ve played in every arena, so I know it’s in every arena. It’s unfortunate, man. Basketball is different without fans, and now that fans are back in the building, it feels like basketball again. And we’re having these situations in different arenas. It shows you that a lot of people are coming out of caged-up situations. Been in the house, been locked away. People gotta get the rules again. You gotta get back to how life should work. And a lot of people are crossing that line. And it’s unfortunate.

When I was a player, fans said stuff to me and I said stuff back to them. Let’s keep it like that. But it’s getting to a place where….throwing stuff on people? It’s getting unruly. You can talk back and forth, that’s a part of the game. Talk to people on the sidelines, talk to other teams. But when you start doing stuff like throwing things at guys, that’s when the disrespect really comes in. The NBA has to continue to do a good job, if they can, in making sure this is a secure place for the players and the fans as well. 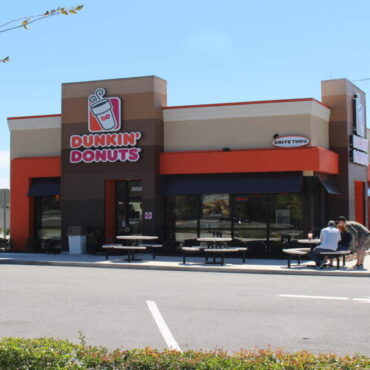 A manager of a Dunkin’ Donuts in North Philadelphia was shot and killed during a robbery Saturday morning. What We Know: The robbery occurred before 5:30 a.m at the Dunkin’ located on the 500 block of West Lehigh Avenue in North Philadelphia’s Fairhill section. Authorities have identified the victim as 41-year-old Christine Lugo. Co-workers revealed to Eyewitness News that Lugo was a mother of two. They also say she had […]