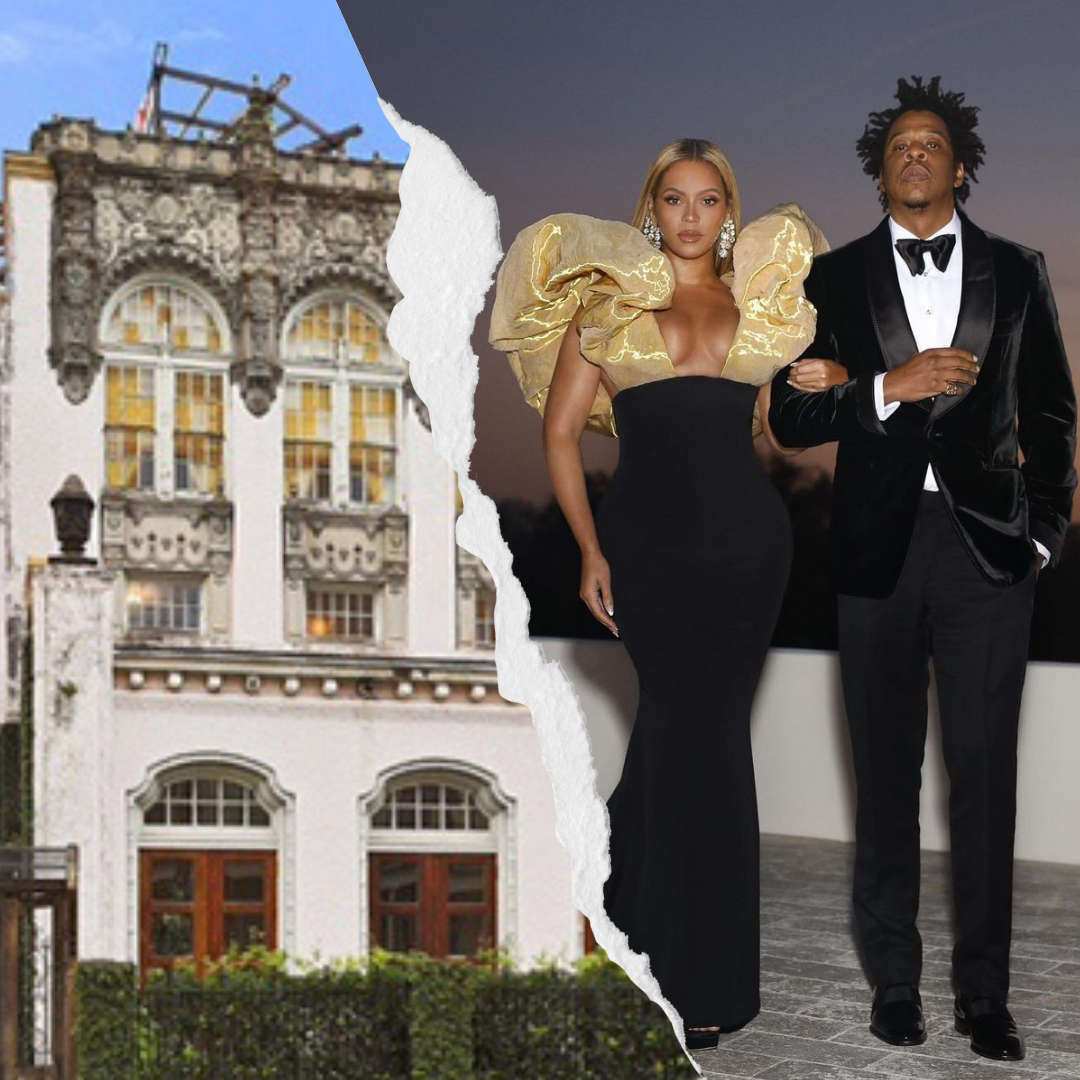 A New Orleans mansion connected to Beyoncé Knowles caught fire late yesterday (Wednesday), and now, it is under investigation for possible arson!  Full story inside.

The vacant Garden District mansion in the 1500 block of Harmony Street that reportedly has been owned by Beyoncé for the last 6 years saw a fire erupt late yesterday.  That fire quite possibly was set intentionally, according to that authorities who have begun their investigation after it took 2 hours to put the fire out.

“The blaze in the 1500 block of Harmony Street appeared to have started in the kitchen, where firefighters found books inside of an oven, according to a source who was briefed on the investigation. A gas can was also found in the house.”

Neighbors spied at least one unusual person entering the 15,000 sqft home just a couple hours before the fire, and they even reported it to police at that time. Then, police were alerted of the fire around 6:20p thanks to smoke alarms in the home:

“Neighbors who asked not to be identified said authorities seemed to suspect that someone broke into the home shortly before the fire. One neighbor said people are known to use an unlocked gate to come onto and leave the property.

Another, Jacques Michell, said: “Inside the house, I’ve never seen any activity in the two years I’ve been here. No activity at all.”

A smoke alarm at the nearly century-old home went off around 6:20 p.m., about the same time that police received a report of a suspicious person in the 3100 block of St. Charles Avenue, just around the corner, according to authorities.”

Officers determined the suspicious-person call was connected to the fire, which was later classified as an arson, according to the New Orleans Police Department. 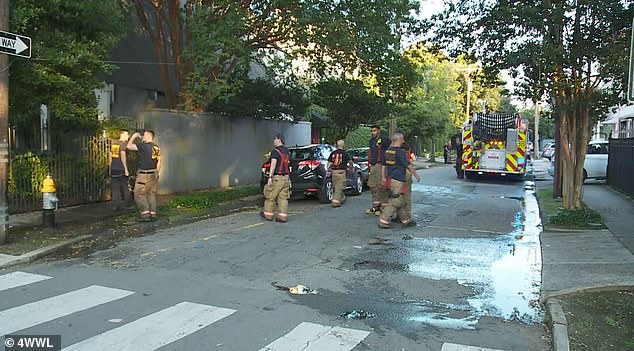 The house, which is around the corner from St. Charles Ave. and amid the historic mansion-laced uptown Garden District, appeared to be mostly in tact after the fire. No official report on its status has been made, though.

In 2015, it was first reported that Beyoncé (and therefore her husband as well) purchased the gorgeous $2.3 million 1926 Spanish mansion – formerly a Presbyterian church – even though their names are not directly on the deed.  Curbed New Orleans reports:

The According to the Orleans Parish Assessor’s office online database, 1527 Harmony St. is owned by an LLC named Sugarcane Park. A search of the LLC on the Louisiana Secretary of State website shows a mailing address for Parkwood Entertainment LLC, which is incidentally Beyonce’s management company.

And the house has an interesting history, to say the least. Nola.com revealed:

“The 15,000-square-foot, three-story Spanish baroque building was constructed in 1926 by the then-fledgling Westminster Presbyterian Church. It drew inspiration from Latin America’s Mission-style churches and cost $84,000 to build.

The church’s founding pastor, admitted Ku Klux Klan leader J.C. Barr, left in 1930 following a disagreement over the closure of a Presbyterian hospital.

The congregation stayed at the building until the late 1960s. After that it sat vacant for several years.”

Renowned New Orleans ballet instructor Harvey Hysell, who was the son of a church organist, spent about $100,000 to acquire the building in 1977 and turn it into a ballet school. The school operated there until 2001, training a generation of New Orleans dancers, before new owners renovated the building into a three-bedroom, 3½-bath house.

The Carters’, who celebrated their 13th wedding anniversary this spring, connection to New Orleans is deeply rooted.  Beyoncé’s mom, Tina Knowles’, family is from the New Orleans area and south Louisiana, and Bey even shot her “Deja Vu” video there with Jay-Z in 2006, and she shot some of her Lemonade video album in the city in 2016. 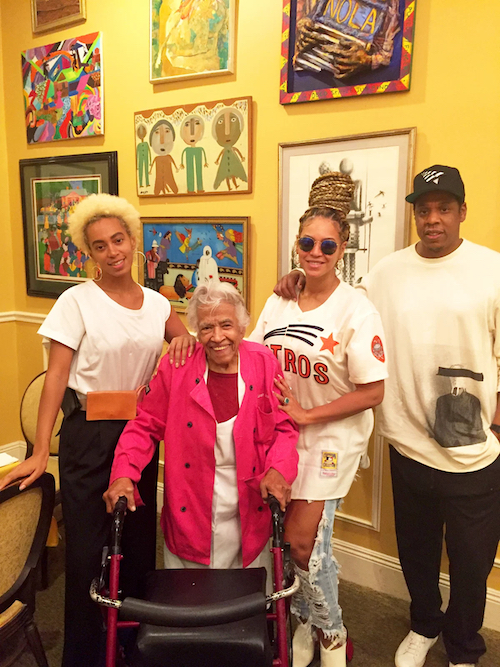 The family is in the 504 often (pictured above with the late Leah Chase at Dooky Chase’s Restaurant in 2017), especially when Solange Knowles lived in New Orleans with her then-husband Alan Ferguson for several years.  Solange and Alan were also married there.  The Carters were often spotted out on date nights and family dinners there, too.

While there’s reportedly not been any activity inside the home in the past two years, that possibly was mostly due to national shutdowns from the pandemic. Check out the inside of the home HERE. 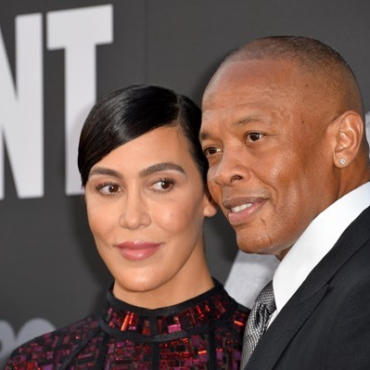 Dr. Dre Reportedly Ordered To Pay Over $3.5M A Year To Nicole Young In Spousal Support – Here’s Why Dre Isn’t Mad About It

Dr. Dre has to cough up $300,000 in spousal support to his ex-wife Nicole Young, which totals to over $3.5 million a year. However, Dre sees this as a win. Find out why inside... Having to pay your ex MILLIONS of dollars a year would seem like a huge "L" for most. But, not for Dr. Dre. After a judge declared Dr. Dre and Nicole Young legally single last month, […]