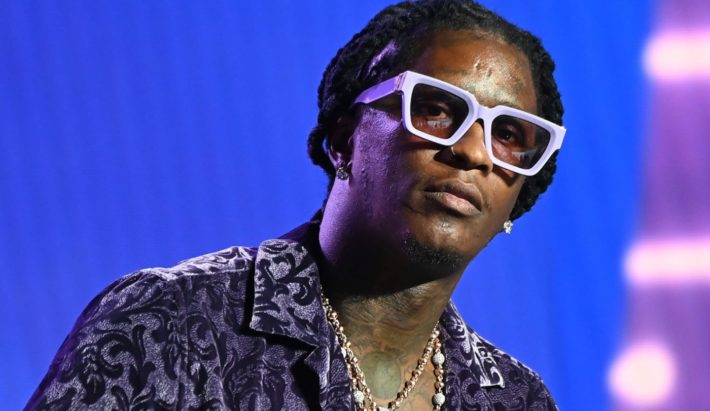 The district attorney’s office believes these charges add to the prosecution’s claim that Williams performed for years as a leader of a criminal street gang.

In May, Williams’ attorney Brian Steel told Channel 2 Action News that his client was innocent.

“I’ll tell you the response to any allegation is Mr. Williams committed no crime whatsoever and we will fight to my last drop of blood to clear him,” Steel said at the time.

An earlier indictment in May charged Williams and more than two dozen others with conspiracy to violate the Racketeer Influenced and Corrupt Organizations (RICO) act.

Fulton County District Attorney Fani Willis’ office said the new indictment includes all 28 defendants from the May indictment and still focuses on YSL, an organization allegedly founded by Williams and two others.

“YSL is an acronym for ‘Young Slime Life,’” Willis said. “It is a hybrid gang that operates here in Atlanta and it’s an affiliate of the Bloods gang.”

The district attorney’s office said the new charges are against Williams and four other defendants and arose from arrests on March 17 and May 9.

Many of those new charges against Williams and two of the other defendants stem from what the DA’s office and Atlanta police found in Williams’ home on Allison Drive in Buckhead the night of his arrest in May.

Prosecutor Don Geary said the other two defendants in the machine gun count, Martinez Arnold and Deamonte Kendrick, who performs under the name Yak Gotti, have both pleaded not guilty to the May indictment, as has Williams.

Yak Gotti’s attorney, Jay Abt, said his client is looking forward to his day in court and is not guilty of all of these charges. Abt said Yak Gotti is a triple platinum recording artist who raps about the lives of urban youth and is not a criminal.

Defense attorney Ashleigh Merchant told Winne that she represents Arnold and looks forward to litigating the new charges in court. She’s confident he won’t be convicted of the original charges and he’ll be pleading not guilty to the new charges. She said Arnold did not live on Allison Drive.

Is ‘The Breakfast Club’ coming to an end? Show host Angela Yee took to social media with an ominous tweet about the long-running radio show being ‘over’ as we know it to be. The breakfast club as you know it is officially over ?? — Angela Yee (@angelayee) August 10, 2022 As you can imagine, Twitter had some thoughts. Take a look: I’M SMILING. The show will not be missed. […]