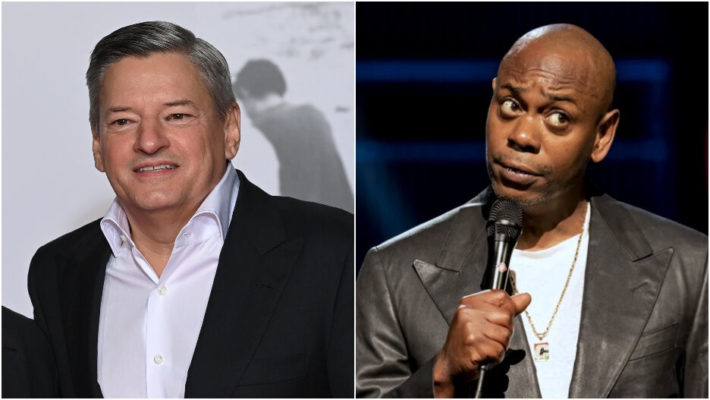 Ted Sarandos, co-CEO at Netflix, has addressed the ongoing criticism of Dave Chappelle’s most recent stand-up special on the streaming platform.

Netflix hasn’t had a great week. On one hand, one of their newest programs, Dave Chappelle’s latest stand-up special The Closer, is the talk of the town. On the other, a lot of that talk is negative, and it’s even coming from their employees. The beloved comic once again went off on the LGTBQ+ community, especially trans people, on the company’s dime, and the fallout has led to what may turn into an all-out palace revolt. And it seems like one of top brass’ attempts to put out the fire only made it rage more.

In the last few days, Netflix suspended — and then reinstated — a trans employee whose critique of her employers had gone viral. (They claimed it was over a different issue.) Then trans employees announced they would schedule a walk-out protest next week. In the wake of mounting pressure, Ted Sarandos, one of the company’s co-CEOs, sent out a company-wide statement, which was obtained by Variety. In it, the exec tries to mount a different defense of Chappelle than simply asserting that he didn’t actually cross some line.

“We know that a number of you have been left angry, disappointed and hurt by our decision to put Dave Chappelle’s latest special on Netflix,” Sarandos wrote to his staff. He acknowledged that “the concern is not about offensive-to-some content but titles which could increase real world harm (such as further marginalizing already marginalized groups, hate, violence etc.)”

Thing is, Sarandos doesn’t think that’s what’s a problem. “While some employees disagree, we have a strong belief that content on screen doesn’t directly translate to real-world harm,” he wrote.

Sarandos then tried to argue that entertainment never impacts the real world:

“The strongest evidence to support this is that violence on screens has grown hugely over the last thirty years, especially with first party shooter games, and yet violent crime has fallen significantly in many countries. Adults can watch violence, assault and abuse – or enjoy shocking stand-up comedy – without it causing them to harm others.”

It’s a curious argument, especially considering there’s a long history of art having real-world impact. (Perhaps Sarandos should read up on The Birth of a Nation or Triumph of the Will, both of which may still be available via Netflix’s by-mail disc service.) Sure enough, some found his defense insufficiently convincing, especially considering that one of their prized documentaries argues the exact opposite position.

Not him saying that when there’s literally a Netflix documentary demonstrating the opposite lmao https://t.co/iObjbcpRGe pic.twitter.com/Jte7y6JpfY

If only Sarandos had access to a documentary called “Disclosure” that makes a very convincing argument about the many ways content has translated to real-world harm for the trans community. It’s on…

There’s a very good documentary called Disclosure that I would recommend to anyone who works in the content biz. It’s on Netflix.

They literally talk about this in Disclosure, a documentary streaming on Netflix https://t.co/uECPxk9nd6

To be clear: As the queer and trans people who run this account, you can imagine that the last couple of weeks have been hard. We can’t always control what goes on screen. What we can control is what we create here, and the POV we bring to internal conversations.

“Sorry we haven’t been posting, this week f*cking sucks,” they posted. “To be clear: As the queer and trans people who run this account, you can imagine that the last couple of weeks have been hard. We can’t always control what goes on screen. What we can control is what we create here, and the POV we bring to internal conversations.”

“We have been reading all of your comments and using them to continue advocating for bigger and better queer representation,” they added, before ending, “ok you can go back to yelling at us now.”

Anyway, hope it’s all been worth it, Netflix!

Trans Netflix employees, as well as allies, are planning to stage a walk-out to protest Dave Chappelle’s The Closer special and comments made by CEO Ted Sarandos regarding the backlash the set has received.

The walk-out is scheduled to happen on Wednesday, Oct. 20. 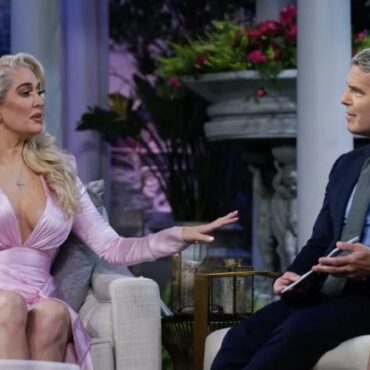 During the first part of the “Real Housewives of Beverly Hills” reunion on Bravo on Wednesday night, Erika Jayne spoke openly about her legal woes when pressed by host Andy Cohen. via: Page Six In the first installment of the “Real Housewives of Beverly Hills” Season 11 reunion Wednesday night, the embattled Bravo star pushed back against fan calls for her removal from the series. “Why should I be fired?” […]