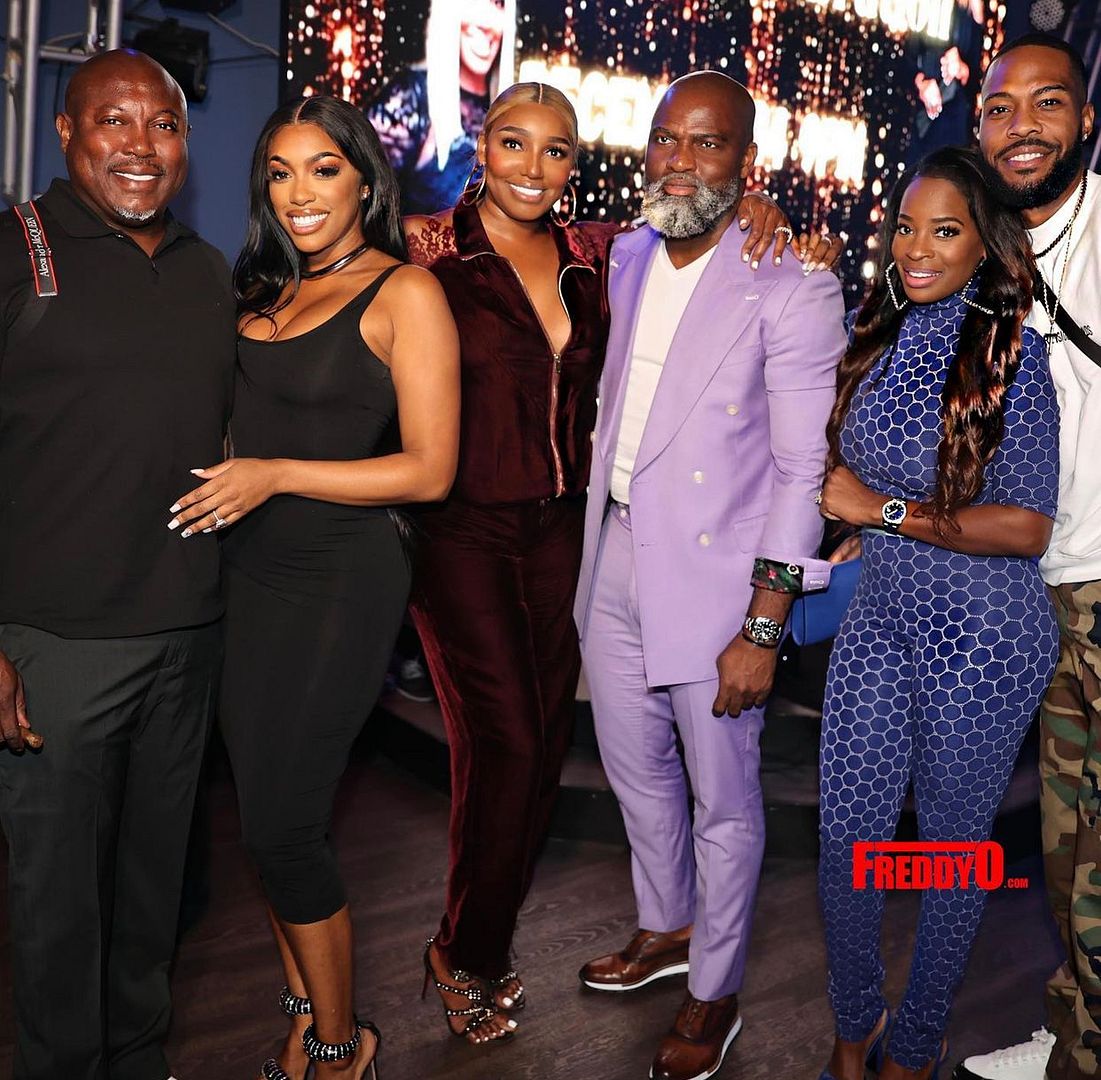 Nene Leakes debuted her rumored new BAE, an African businessman named Nyonisela Sioh, at her 54th birthday party over the weekend. Folks have plenty to say about her possibly dating just months after the death of her husband, Gregg Leakes.

Over the weekend, pop culture queen Nene Leakes turned 54. And you know she wasn’t going to let a birthday pass without having some fun.

So, the famed reality star celebrated at her Linnethia Lounge in Atlanta with family and friends, including including her son Brentt (who threw the party), her former “RealHousewives of Atlanta” co-star Porsha Williams, her fiancé Simon Guobadia & her bestie Shamea Morton, soulful songstress Keke Wyatt, social media influencer/TV personality Kendall Kyndall and more.

And those weren’t the only people in the building… 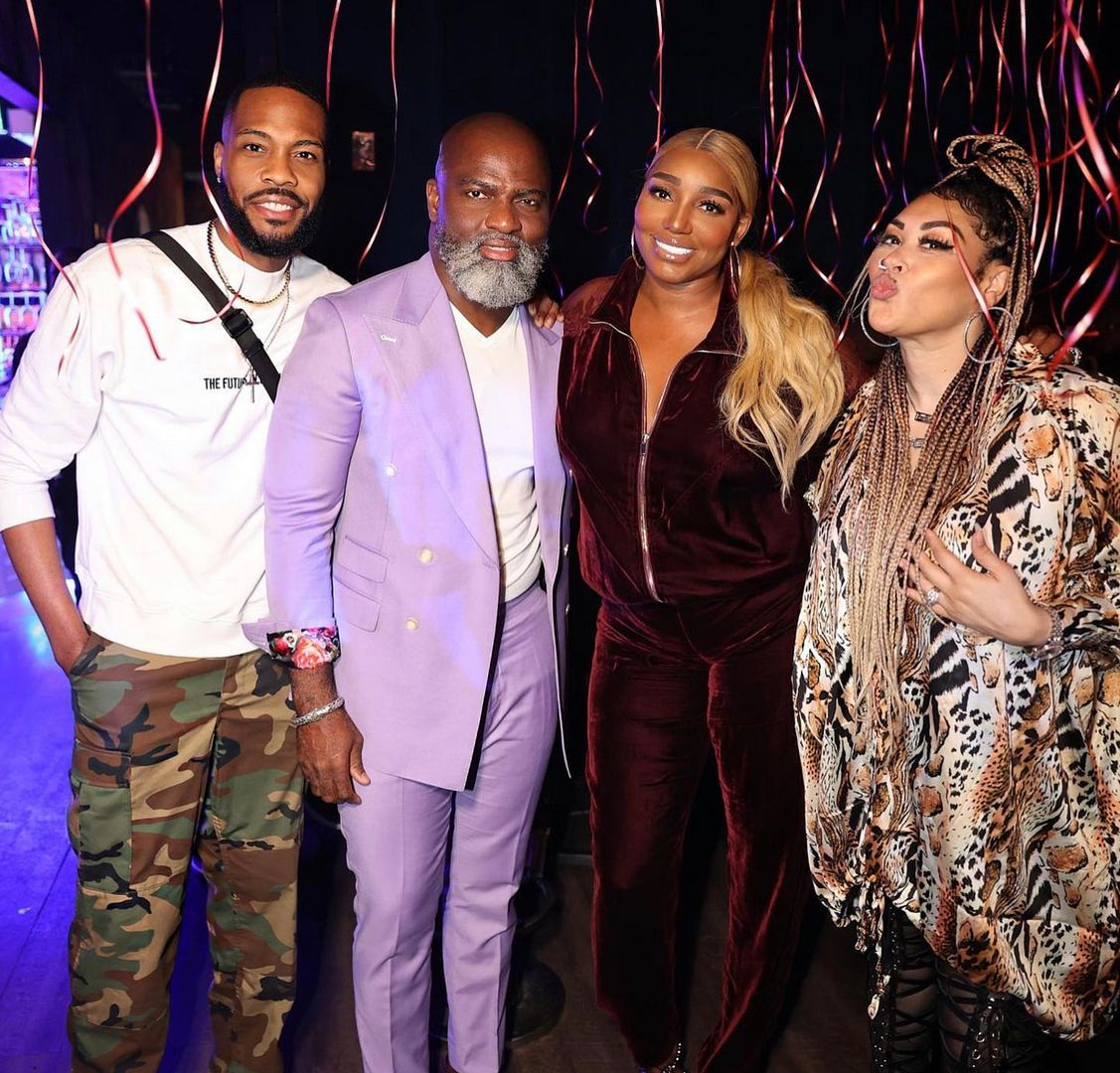 The self-proclaimed “RHOA” HBIC was all smiles in pictures with her new rumored man during her birthday bash. And that wasn’t all she was doing.

Sis was living her BEST life with her man on the dance floor, grabbing his face and rubbing down his chest. It even looked like she pulled out some of her old dance moves from her past at one point:

We see you NeNe!

Word on the curb is that Nyonisela Sioh – who is from Liberia and is the owner of a couture suit company in Charlotte, North Carolina – was introduced to NeNe by former “RHOA” star Cynthia Bailey’s ex-husband, Peter Thomas.

Gregg Leakes passed away in September after a long battle with color cancer. He was 66. NeNe and Gregg were married for 24 years. They tied the knot 1997, got divorced in 2011, only to remarry two years later in 2013. He had six children, including 22-year-old Brentt, whom he shares with NeNe.

In an interview with PEOPLE, NeNe said she and Gregg had a lot of conversations and and “we made peace with what was happening.”

She shared his last words to her were: “I’m not going to leave you. God is going to bless you.” She noted that her husband “said he wanted me to move on with my life.”

Naturally, folks are judging NeNe for “dating” another man just months after her husband’s death.

Then, there are rumors that he’s allegedly married, so that doesn’t help any.

Peep more pictures from the party and NeNe’s “little sister” tribute to Porsha below: 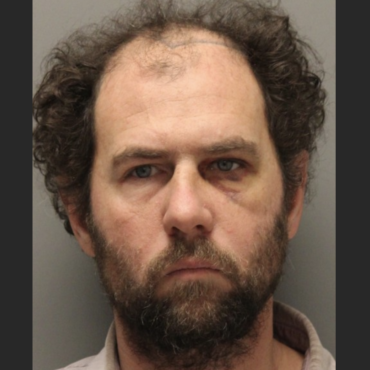 Big Dummy: Man Arrested After Robbing Bank and Then Depositing Money Into ATM Outside

A robber thought he was going to get ahead of police by depositing stolen money into his bank account via an ATM — but he thought wrong. via Complex: According to the Delaware State Police, 44-year-old California man McRoberts Williams entered a Wells Fargo Bank in Willmington at around 11 a.m. this past Saturday and gave the teller robbery note. Then, after the teller complied and gave him an undisclosed amount of money, in the most […]