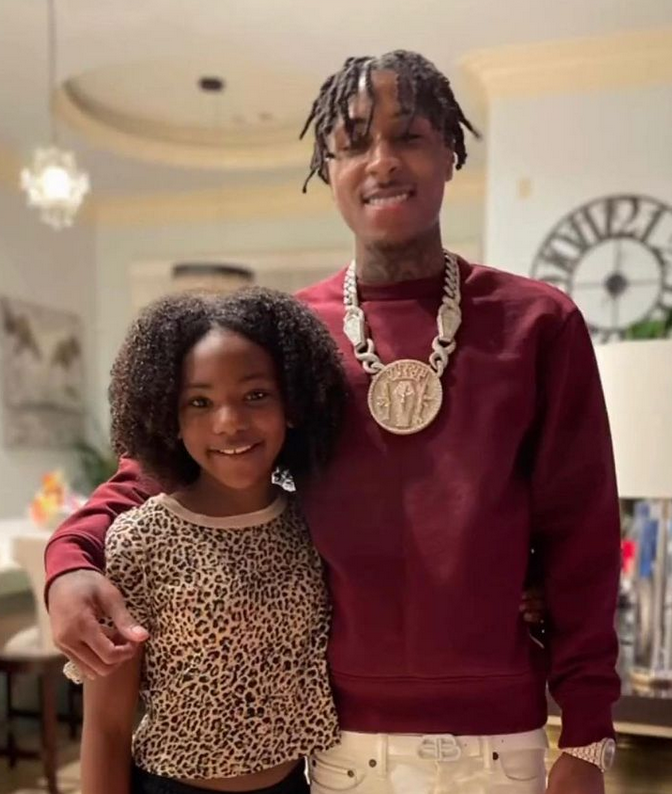 NBA Youngboy was recently released from prison as he awaits trial for a federal gun case. A picture of the rapper hit the Internet and instantly went viral. Folks have plenty to say about his appearance following his seven-month stint behind bars. More inside…

NBA Youngboy just got a get out of jail card while he awaits trial on a federal gun charge in California. It wasn’t FREE though.

After seven months behind bars, the Baton Rouge rapper (real name Kentrell Gaulden) was granted house arrest and released on bond after coughing up $500,000…in CASH.

The Baton Rouge rapper was granted the one-point-five-million-dollar bail with strict house arrest that includes a GPS monitor. YB is not allowed more than thee pre-approved visitors at his Utah residence at one time and there can be no visitors between 9 p.m. and 7 a.m..

As part of YB’s request for house arrest, the rapper’s legal team assured Judge Dick that YB would stay out of trouble with a home studio built-in to allow him to continuing working. Additionally they proposed adding a a private security team patrol to protect his estate’s premises from certain visitors. Dick did not require the security team proposal.

One slip up and he’s headed back to prison.

After that arrest, he was transported to St. Martin Parish Correctional Center, Louisiana, where he remained until his release today.

Although he was granted a $540,000 bond in California, a Louisiana judge revoked it in April, citing his history of probation violations.

Gaulden was wanted on an outstanding warrant over a previous arrest on drug and firearm charges in his hometown of Baton Rouge, Louisiana, along with 15 other people. His next trial date has not yet been determined.

In March, NBA Youngboy was arrested after evading the LAPD and federal agents over an outstanding warrant. When law enforcement spotted YB’s car, they attempted to pull him over, but he put his car in park and ran on foot. The cops brought out the K-9 units and later put him into custody.

His followers aren’t convinced he’s not a “clone,” sort of how people reacted when Gucci Mane was release from prison. Peep the tweets:

The latest picture of nba Youngboy looks like a certified clone pic.twitter.com/ldg2DEuBtX

That’s not NBA YoungBoy they cloned his ass majorly. I just think it’s funny how a rapper goes to jail and they come out looking different I’ve been to jail these three times in my life and I’ve came out looking the same not different #NBAYOUNGBOY #freeNBAyoungboy https://t.co/OND6bOUKP6

After he was released, his kids hopped on planes to travel to Utah to be with him.

YB’s videographer, Rich Porter, recently touched down in Utah, so the rapper will likely get in front of the camera for a few music videos and more.

We wonder if YB’s newest girlfriend Jazlyn Mychelle made her way to Utah yet. A few months ago, she gave birth to the rapper’s alleged eighth child, so we wouldn’t be surprised if she’s right up under him. YB has seven biological kids after recently acknowledging paternity to the latest one.

Speaking of YaYa, she’s facing 20 years in prison after she was charged with felony aggravated assault with a deadly weapon. According to reports, she got into an altercation with another one of YB’s baby mamas, Lapattra Jacobs, and stabbed her. YaYa’s pre-trial hearing has reportedly been scheduled for February 2022. 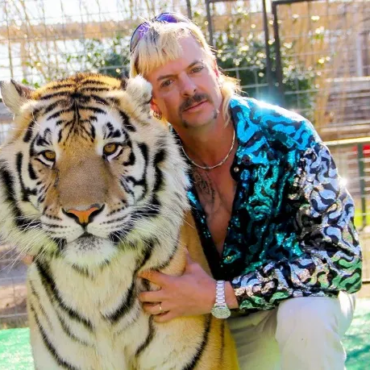 TIGER KING 2: Are You Ready For Another Round Of Foolywang Involving Joe Exotic & Carole Baskin?!

It's back! Netflix just dropped the trailer for "Tiger King 2," the sequel to the insanely interesting docuseries about an ongoing feud between zoo owners, Joe Exotic and Carole Baskin. Peep the crazy trailer inside... During the early days of the pandemic, "Tiger King" docuseries quickly became a global sensation. "Tiger King" is insane and disturbing, and it gets even more deranged in each episode. The true crime documentary follows […]