NBA YoungBoy is sitting behind bars after he was arrested on an outstanding warrant. Cops reportedly had to track him down after he tried to flee. Meanwhile, his son’s mother Yaya Mayweather is going through it. More inside….

Rapper NBA YoungBoy is behind bars after he was arrested on an outstanding warrant. He tried to flee from the LAPD & the FBI, but it didn’t work. They caught him and now he’s in federal custody.

The LAPD and the FBI have been keeping tabs on the rapper, so when they caught up with him yesterday they attempted to pull over a vehicle NBA YoungBoy (real name Kentrell Gaulden) was in. The situation quickly escalated into a short pursuit. The vehicle stopped, and the rapper hopped out the car and ran! According to reports, the cops brought in a K-9 unit and set up a perimeter to capture him. They were able to capture him and took him into FBI custody.

It’s reported the police found a firearm in the vehicle, although its unclear if it belongs to the rapper.

Now, his son’s mother Yaya Mayweather’s world is in shambles. After his arrest, she shared a message on her IG Stories about having a bad day.

“My day has been completely ruined,” the new mom wrote with a sad face emoji and a broken heart emoji.

In February, it was reported the 21-year-old rapper/father of 7 was under federal investigation following his arrest in September 2020 on drug and firearms charges. Someone called the police on him and his crew while they were filming a music video, brandishing weapons. Cops reportedly found marijuana, hydrocodone, several handguns and rifles, however, the rapper denied the drugs and weapons were his. He was released on a $75,000 bond.

Kodak Black – who was pardoned from prison by Trump – shared his feelings about YoungBoy’s incarceration:

Kodak Black speaks on NBA Youngboy getting locked up. 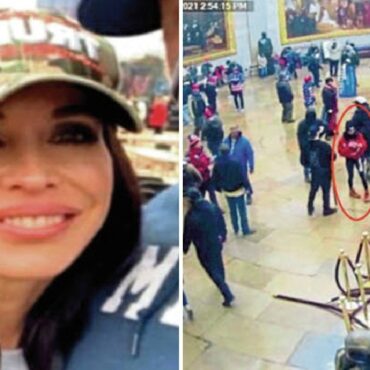 An investigation into the U.S. Capitol riot left one detective filing for divorce. What We Know: Michael Heinl, a police detective of Pennsylvania’s Shaler Township Police Department, begged his wife Jennifer Heinl not to participate in the pro-Trump riot at the U.S. Capitol on January 6th. Unfortunately, Jennifer Heinl decided to fly to Washington D.C. to participate, with another man! Pictures surfaced of Jennifer with fellow trump supporter Kenneth Grayson. […]