DJ Khaled dropped the visuals for his new track “Sorry Not Sorry,” which features Nas, Jay-Z, James Fauntleroy & “Harmonies by The Hive.” Take a listen and check out the visuals inside…

It’s a Hip Hop celebration! And there isn’t a true celebration of Hip Hop without rap titans Nas and Jay-Z.

Hov and Nas join forces to hop on the “Sorry Not Sorry” track with DJ Khaled to celebrate the release of Khaled’s brand new album.

Tuxedos, cigars, spirits! Yeah, they went all out. The visuals took fans inside the lavish life of Hip Hop royalty.

Yes. It was a very Vegas-like track for Hip Hop’s finest.

After Hov raps, “Sorry, it’s another B / the dislike hasn’t recovered from the other B yet. You can see what the power couple did there,” Mrs. Carter dropped in with a “Heyyyyyy,” which completes Hov’s verse about his wife.

Not only does she drop a quick “hey” on the track, she also flexes her vocals where she was given credit for the harmonies as “The Hive.”

Check out the visuals below:

After rapper Lil Baby peeped the visuals, he hopped on social media with a reaction to the video below:

It’s not every day we get a track that features Hip Hop greats like Jay-Z and Nas. What are your thought about the track?

Hov has reportedly followed through on a tweet he shared back in March, which announced the sale of TIDAL to financial tech company, Square Inc., owned by Jack Dorsey, who is also the cofounder and chief executive of Twitter. Jay supposedly closed the deal this morning, selling the music streaming platform for $350 million.

For its $350 mil … Square gets 80% ownership of Tidal, along with licensing deals with the major record labels and all the artists/owners will remain with the company too. We’re told Jay and Roc Nation CEO Desiree Perez, who helped broker the deal, will stay on board to help run Tidal.

Square, the financial services company owned by Jay’s pal, Jack Dorsey, is now firmly in the music streaming biz. Jack had announced back in March that he planned to take Tidal off Jay’s hands, but sources familiar tell TMZ they just closed the deal Friday morning.

Jay’s made serious bank of his Tidal investment. He’d previously sold 33% of it to Sprint back in 2017 for an undisclosed amount.

Another money win for the Hip Hop mogul. 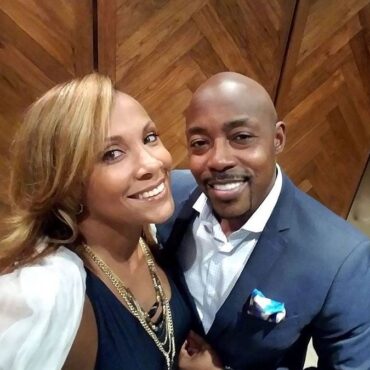 EXCLUSIVE SNEAK PEEK: Will & Heather Packer Dish On How They Pulled Off Their Epic Surprise Wedding On ‘Behind Every Man’

Will Packer and his wife Heather Hayslett Packer dish the details on how they were able to pull off their magical surprise wedding in front of their closest friends and family in their backyard. No one knew they were attending a wedding until the bride came down the aisle. Find out how they did it inside… Five years ago, Hollywood producer Will Packer and the love of his life Heather […]