Naomi Osaka Drops Out Of German Open, Which Hints She May Not Compete At Wimbledon

Tennis star Naomi Osaka has dropped out of the German Open before its start after withdrawing from the French Open. Does that mean she will not appear at Wimbledon? Possibly. More inside…

A week after withdrawing from the French Open to protect her mental health, tennis star Naomi Osaka has now dropped out of the German Open (also known as the Berlin WTA 5000), which is set to begin July 14th.

“We have received notification Naomi Osaka cannot start in Berlin. After consulting her management, she will take a break,” said an official from the Berlin WTA 5000 grass-court tournament.

It’s unclear when she’s set to hit the court again.

“Osaka has not revealed when she plans to play next, casting doubt on her participation at the Wimbledon Grand Slam, which starts on June 28, and the Tokyo Olympics next month.”

The German Open is considered a “warm-up” for Wimbledon because it’s played on grass. So, does that mean the 23-year-old four-time Grand Slam winner will NOT appear at Wimbledon this year? It’s unclear. But not all champs need the warm up. Wimbledon begins Monday, June 28th.

“I’ve often felt that people have no regard for athletes’ mental health and this rings true whenever I see a press conference or partake in one,” Naomi wrote.

The No. 2 ranked tennis player – who is the highest paid female athlete – made headlines when she announced she was boycotting media interviews during the Roland-Garros/French Open last month. She made the decision to protect her mental health. In her announcement, she noted that not enough was being done to prioritize the mental wellbeing of competitive athletes, which many people agreed with.

The French Open fined her $15,000 for sitting out on the required press conferences. Soon after, she withdrew from the competition altogether.

Big brands like Mastercard and Nike (who are also her sponsers) along with famed actors Will Smith & Viola Davis spoke out in her defense:

As a Mastercard Ambassador, Naomi Osaka’s decision reminds us all how important it is to prioritize personal health and well-being. We support her and admire her courage to address important issues, both on and off the court.

“Our thoughts are with Naomi. We support her and recognize her courage in sharing her own mental health experience,” Nike said.

As one who also deals with social anxiety, I admire your courage and stand in solidarity with you, @naomiosaka. #WCW #ProtectYourPeace #YourMentalHealthMatters pic.twitter.com/wGrlEUMs71

It’ll be interesting to see the impact her withdrawal has on ticket sales being that she brings a lot of viewers when she plays. Hopefully, her actions will force them to make the changes she’s calling for. 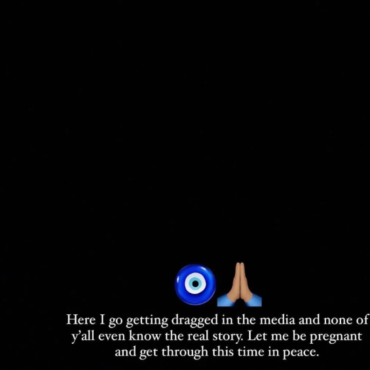 Erica Mena and Safaree Samuels are still feuding through headlines as they fight over custody in their divorce. Apparently, Safaree is getting the courts involved to ensure he's present for the birth of their second child together since he believes Erica will not allow him there for the delivery. Find out her response and more inside... This divorce is getting nasty. "Love & Hip Hop” stars Erica Mena and Safaree […]